August PMI data signalled the weakest rate of improvement in global manufacturing business conditions for almost two years. The headline J.P. Morgan Global Manufacturing PMI fell to 52.5 from 52.8 in July, indicating only a moderate rate of growth. Notably, the survey highlighted a softening of global demand pressures, with exporters continuing to report anaemic growth in their sales.

With global output increasing at a slower pace, countries with a heavy reliance on foreign demand - such as South Korea - look particularly vulnerable if this trend persists. 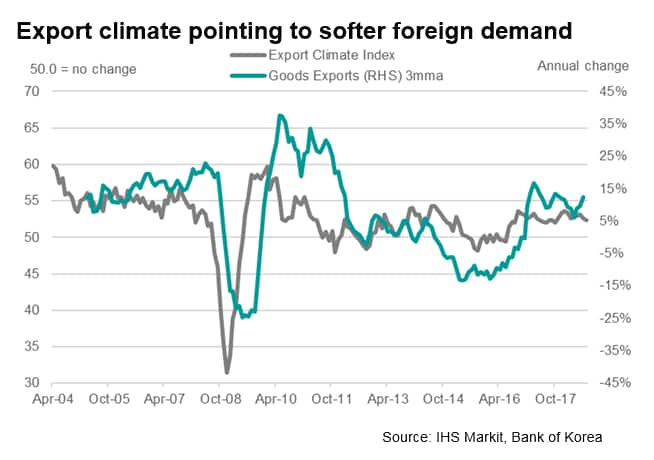 Exchange rate risk has meanwhile been fairly balanced. Broad US dollar strength has seen the Korean won become cheaper for US buyers of Korean products, who account for roughly 12% of all exported goods. Meanwhile, depreciation of the Chinese yuan has impacted competitiveness in Korea's largest international market (China accounts for around 25% of exports). Nonetheless, the trade-weighted won has been on an upward trajectory since the financial crisis, suggesting that exporters are more sensitive to changes in output and demand than the exchange rate. As such, monitoring monthly changes in global business conditions will be key to gauging the potential direction that South Korea's manufacturing sector could be heading.

Relative to other large global exporters, PMI data have yet to signal any notable shift in momentum for South Korea, in contrast to China, Germany, Japan and the US. That said, some surveyed companies highlighted during the August survey period that the current US-China trade conflict, the country's two largest trading partners, provided a reason to be pessimistic towards future output prospects. 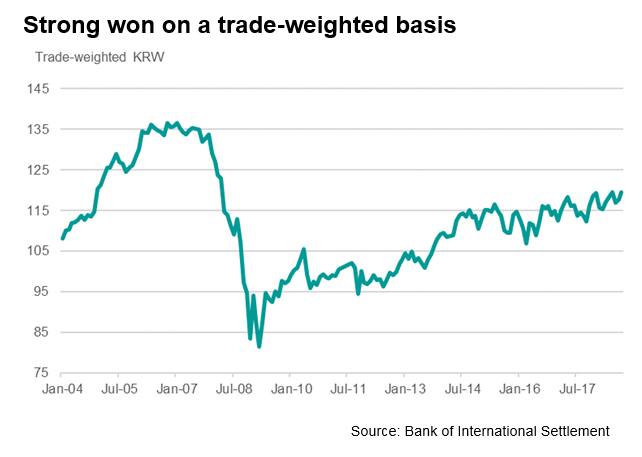 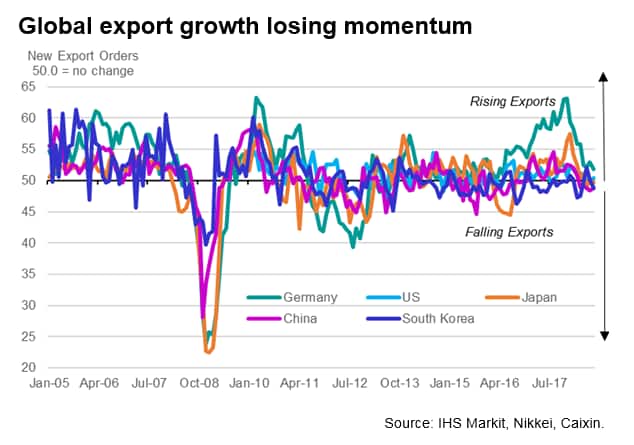 Encouragingly, for the past year, South Korea's exports have increased by around 10% annually on average, according to official data, and the South Korea Export Climate Index is indicating that global production levels should continue to support further expansion in the manufacturing sector for the time being. But with global demand pressures easing and output growth among the country's key trading partners also slowing amid intensifying global trade tensions, the risks appear to be tilted towards the downside. 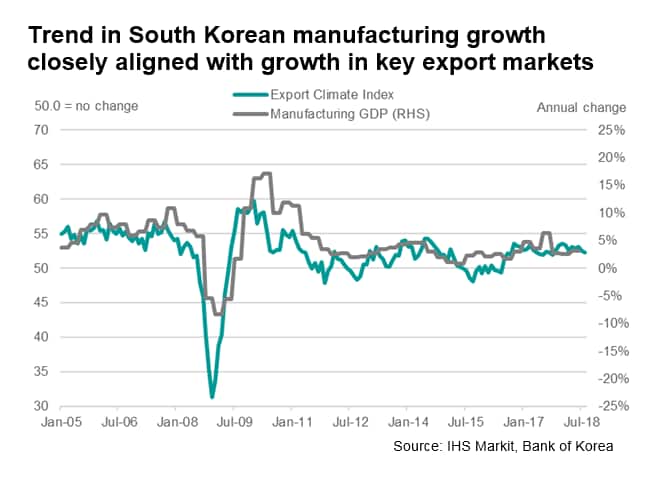