South Africa at a crossroads: Options for the future power mix

The year 2018 proved to be a difficult year for South Africa's power sector, with the state-owned utility, Eskom, facing steep increases in debt and a dip in its credit rating. Simultaneously, consumers faced blackouts and scheduled load shedding, as coal supply and power plant utilization rates were strained. This situation prompted discussions of reform, as well as the future supply mix.

The recent draft to South Africa's Integrated Resource Plan (IRP) outlines a transition from coal and nuclear to gas and renewables. However, coal is a staple of the South African economy, complicating decisions to diversify. In identifying potential pathways, IHS Markit evaluated five key variables:

Regardless of the determined supply trajectory, growing pains are expected. The rapidly changing dynamics around South Africa's power sector, renewable technology costs, coal supply, and gas markets will add a layer of complexity to achieving the IRP targets and will require an integrated and coordinated strategy. 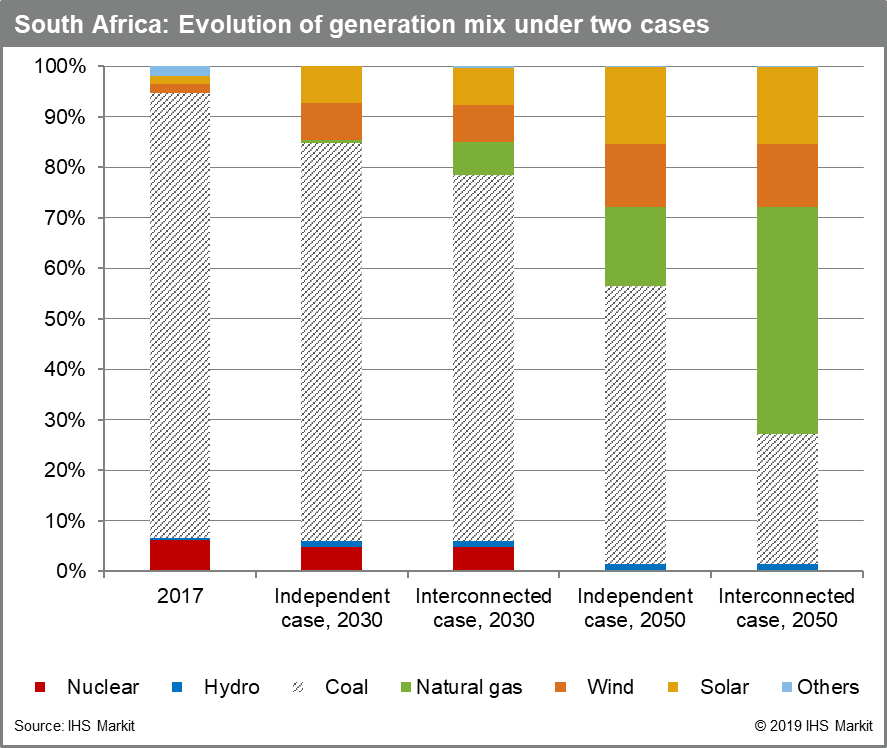 Learn more about our coverage of the global power market.

Anna Shpitsberg is a director within our global power and renewables group at IHS Markit.

Raul Timponi is an associate director within our global power markets group at IHS Markit.

#Oilmarkets have returned to relatively stable ground with Brent prices within a $40-$45 per barrel range - and cou… https://t.co/8ZTMpWCqmy

Amid demand woes and cost constrictions, #offshore and onshore continue to compete for investment dollars. Where do… https://t.co/Hl3hIRv2LL