If you've been following my series on SOFR, you'll know that I've already talked extensively about how SOFR jumped more than 50bps on December 31 here:

…and via my video interview with the TabbFORUM here:

We have continued to closely monitor the space, with expectations that SOFR would follow the same pattern on March 29 for the turn of the quarter, although maybe in a more subdued way. The funding pressure at quarter end is usually slightly milder than at year end but a combination of Japanese financial year end and large US Treasury issuances close to the end of the quarter was expected to have an impact on overnight repo rates on the last day of March.

This is what happened. 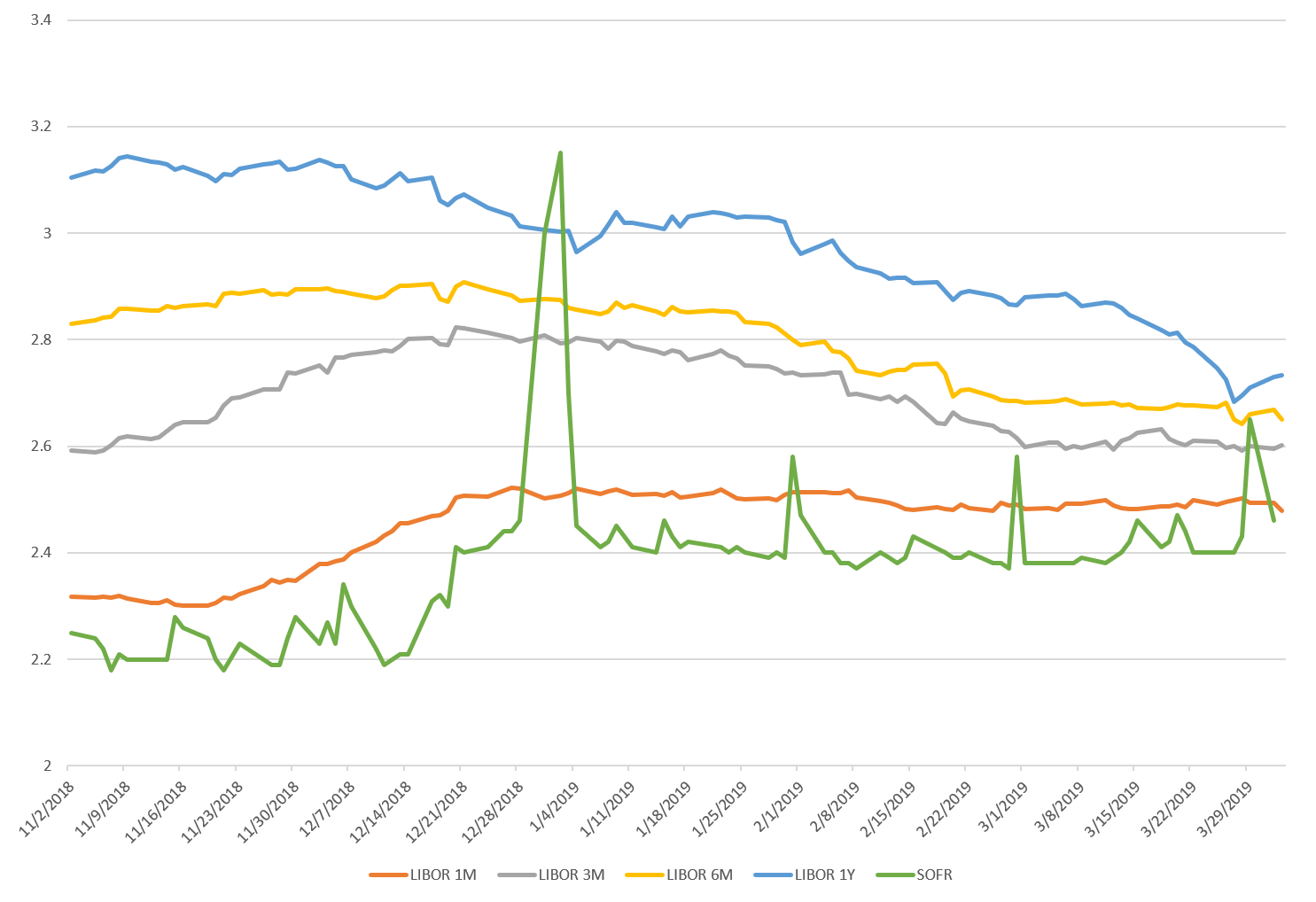 The quarter end surge in SOFR was not as large as what we observed at year-end, but the rate did jump by 22bps between March 28 (2.43%) and March 29 (2.65%) before reverting back to 2.46% on April 1. It is also worth noting that jumps were clearly visible at other month ends with 15-20bps surges on the SOFR rate on January 31 and February 28. Although the quarter end SOFR jump is not significantly greater than the previous month end jumps, the 99th percentile of the repo rates in scope for SOFR calculation is much higher at quarter end (3.70% on March 28 versus 2.82% on February 28).

Looking at current trading activity, the volume of SOFR swaps expiring around next quarter end is growing rapidly. This will give us another opportunity to review if SOFR swaps are becoming the new normal for hedging turn effects. Stay tuned!

Register to receive alerts for new posts about IBORs, SOFR and related themes.

Optimize trades and valuations with an objective data service for over-the-counter derivatives.

Discover how @BrandywineGIM optimized their trade reporting processes through their implementation of Integrated Re… https://t.co/omveEX29zT