Recent IPOs have drawn substantial interest from short sellers for a variety of reasons. The most anticipated IPOs of the year by longs and shorts were the ride hailing apps Uber and Lyft. On the first settlement day following Lyft's IPO it was briefly the most expensive to borrow US equity with any substantial loan balance, with an annualized fee of 100%. The Lyft borrow fees declined sharply over the first few weeks of trading before slowly trending back up to 30% on the eve of the Uber IPO, currently closer to 20%. 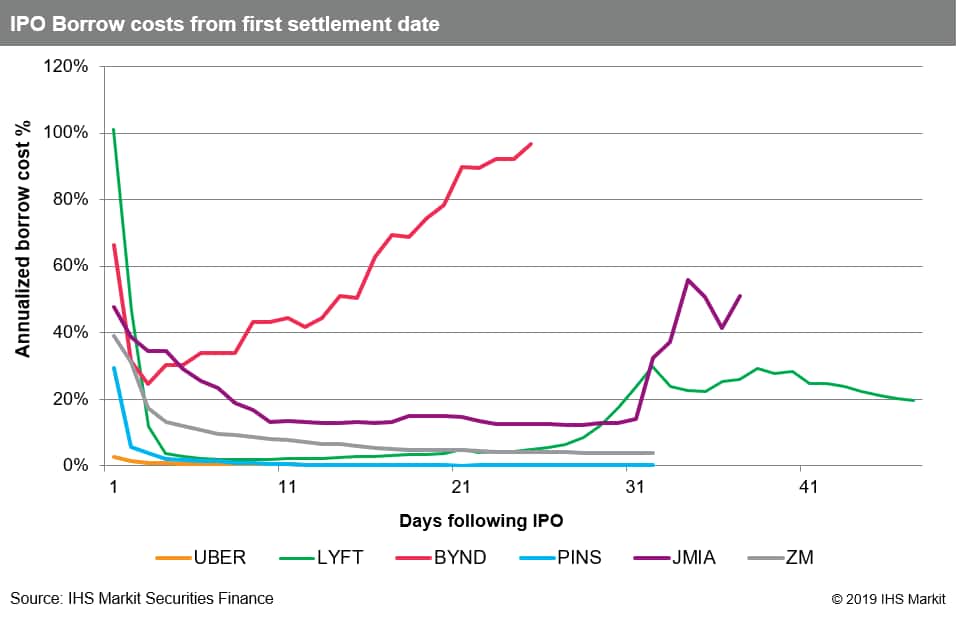 The highly anticipated Uber IPO had a float large enough that there was never any material borrow cost. The Facebook IPO was similar in size to Uber in terms of the float value, however FB shares were nearly 40% fee for borrow on first settlement date. The ease of borrowing Uber shares may have contributed to the rapid build-up of short positions - two weeks after the IPO the value of borrowed shares exceeded $1bn, and currently stands at $1.7bn. For comparison it took a month following the IPO of Lyft for the borrow balance to reach $1bn, though that was partly the result of the declining share price while the short positions increased. 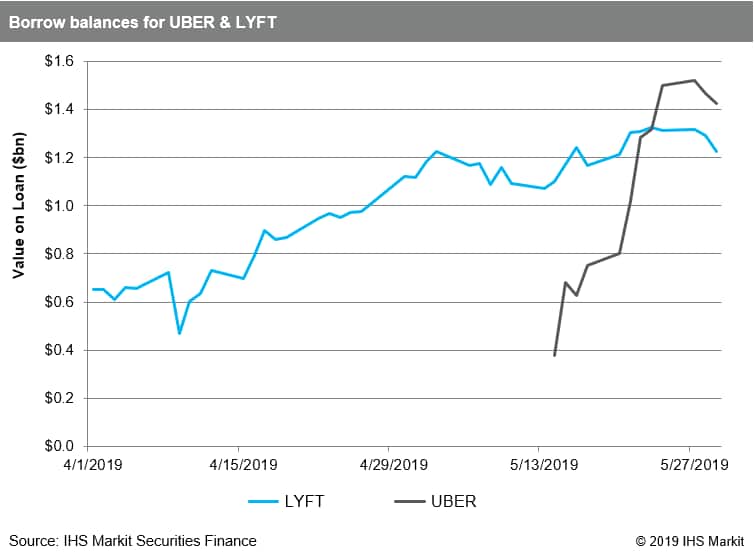 Beyond Meat is the most expensive to borrow of the recent IPOs. After initially having a borrow cost near 70% for the first settlement date, May 6th, the fees declined for a couple days before marching higher to an average greater than 90%, with new borrows exceeding 110% for hedge funds seeking to maintain short exposure through the firm's first earnings report as a public company. When the firm reported earnings after the close on June 6th, the share price rose by more than 20% in after-hours trading. Over the last two weeks of May and early June there has been very little borrow availability which has driven the increase in fees. The borrows reported for May 15th almost exactly matched the short interest reported by Nasdaq, suggesting very little borrow availability away from the traditional securities lending supply chain. 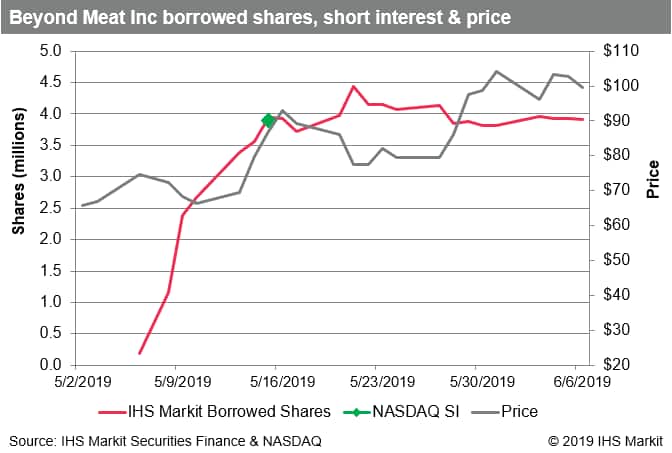 Tilray is the poster child for extremely hard to borrow, low float IPOs. The lofty valuation relative to sales for the profitless Cannabis producer made it a likely target for short sellers. At the peak borrow cost before the January lock-up expiry in January short sellers were paying 700% annualized fees for new borrows, roughly 2% per day. The increasing borrow cost caused some short sellers to cover just before the expiry of the lockup agreement for pre-IPO investors on June 15th, which contributed to the share price increasing more than 24% between January 10th and the January 14th (the last day prior to the expiry).

Short sellers generally anticipate the lockup expiry will coincide with a decline in share price as more shares are introduced to the float, which may come in the form of previously locked up shareholders looking to sell. For Tilray that impact only took the share price back down to where it was prior to the run up in price ahead of the lockup expiry. Given the extreme level of borrow fees this was a windfall for long investors who were able to generate substantial revenues by lending shares. In fact, an investor who held shares of Tilray for all of Q1 would have generating a positive total return if they lent their shares, despite the 7% decline in the share price. The Tilray shorts have fared better in Q2 as the borrow cost has declined to more tenable 20% while the share price has declined by 45%. 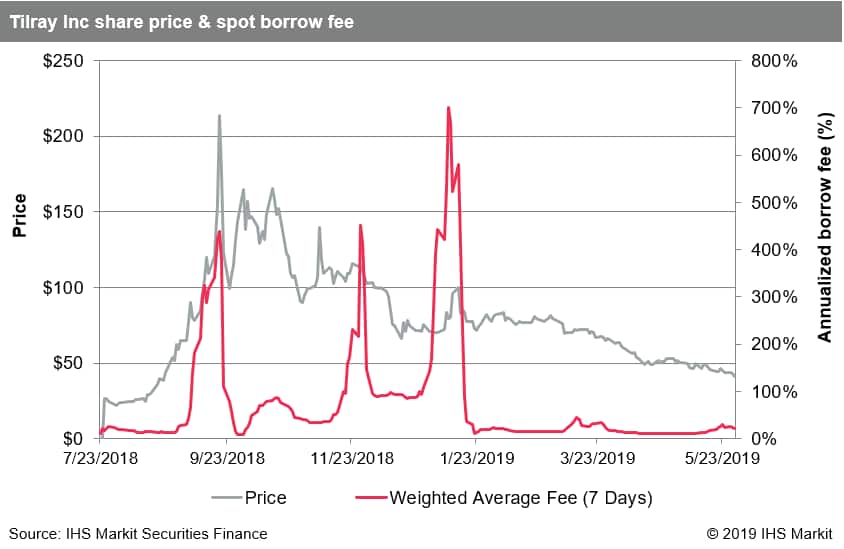 The lending fee, or borrow cost, should be considered when evaluating a long or short position in the shares of a firm which recently went public. The relatively low equity floats often make the shares expensive to borrow which adds to the pressure on short sellers to time the positions well. The lockup expiries sometimes serve as the catalyst for a sell-off, however short sellers often face increased borrow costs in the run-up to the event which can have a significant impact on position P&L. The lofty valuations, public excitement and share price volatility of recent IPOs attract many investor types on the long and short side, all would do well to optimize their securities finance operations.