Short sellers have covered more than $2bn of their positions in FTSE 250 stocks since the start of Q2, and are on pace for the largest quarterly reduction in balances since the Brexit vote in June 2016. The current short positions equate to 2% of the total market cap of index constituents, down from the YTD high of 2.6% observed on March 22nd. There are a few reasons for the declining balances: for example, Pets at Home and Superdry, the two worst performers in the index QTD, both saw reductions in balances largely driven by the declining share prices. There was also short covering as the result of a merger arb trades winding down, however with short balances as the lowest level since August 2017, there appears to be a broader sentiment change at hand. The retreat of short sellers is understandable, with the index setting a new YTD high this week as the result of a 9% rally since the start of April. Short sellers have fled Tullow Oil Plc, as rising energy prices have provided a tailwind to the share price, which is up more than 35% QTD. Short sellers were out ahead of the rally, and have been consistently reducing the short position since the start of the year. 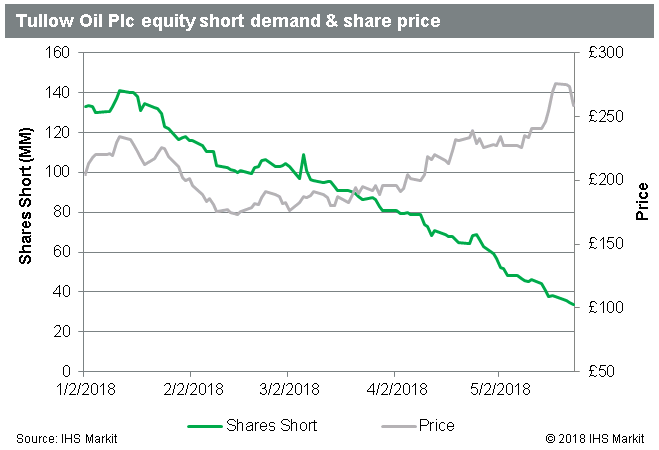 Short sellers started Q1 by covering a profitable trade in Marston's Plc as shares started to rally in early April. When the firm reported Q1 earnings on May 18th, the shares dropped more than 10%. The disappointing results caused short sellers to reload, adding back 8m out of the 15m shares which they had covered QTD. 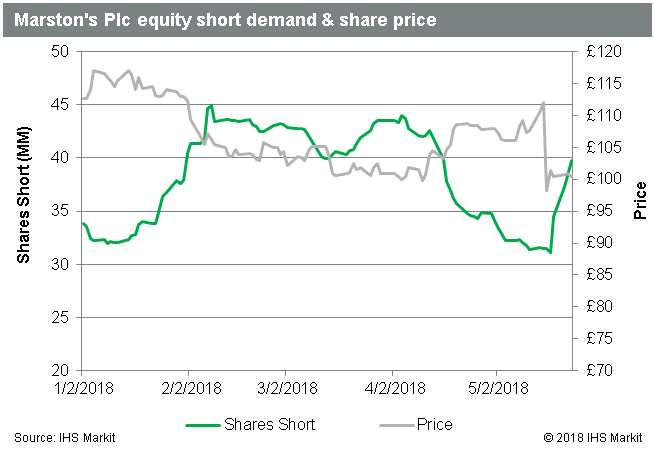 The massive reduction in short positions in Melrose Industries Plc was driven by the approval of the UK government to the controversial acquisition of engineering firm GKN. The run up to the approval saw increased volatility in the shares of both firms, however, the vast majority of the short demand came from merger arbitrage strategies which were quickly unwound as the Defense and Business Ministers gave positive indications the third week of April. 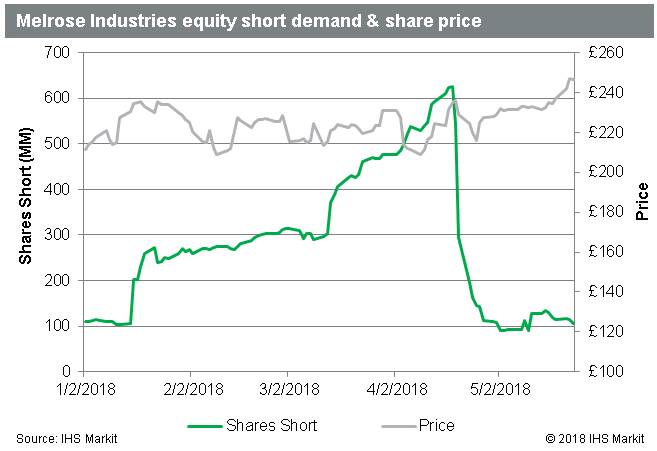 On a related note, arbitrageurs also covered Hammerson Plc after the firm pulled its offer for retailer Intu, citing shareholder pressure and a challenging UK retail market. While Hammerson shares initially traded down on the news they have since recovered, while shorts have reduced the position by 30m shares since the start of April. 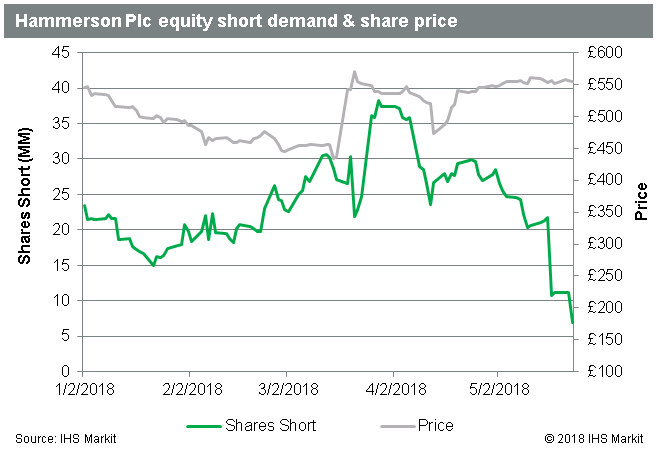 Taken together there are a variety of reasons that short balances are declining in FTSE 250 equities, from share price decline and directional short covering to the unwind event driven positions. With the index near YTD highs and short balances at YTD lows a reversion to the mean may be in the offing, however there's still $13bn in FTSE 250 constituent shorts, which may be compelled to cover if the rally continues.