Seeing the trees rather than the forest: hydrogen around the world

Interest in hydrogen has soared in every region of the world and in all sectors of the economy. This widespread momentum is proving to be both a blessing, and a curse. A blessing, as every end-use case is being tested somewhere. A curse, as the absence of one dominant use-case and the presence of many ways of producing and transporting hydrogen make it hard to determine what will trigger mainstream use of hydrogen as an energy carrier. It is also challenging to identify where there is real progress and where there is just hype.

While hydrogen can be used as an energy carrier for all sectors of the economy, in the US and in Asia, the primary focus is simply transport. In mainland China, Japan and South Korea, a combination of local and central government works with industry to drive development of fuel cell vehicles and the associated infrastructure. On the other side of the world, California's "low-carbon fuel standard" provides a clear mechanism to lower the cost of retail hydrogen and to develop a refueling infrastructure open to all.

In Europe, there is interest in transport, but there are many other projects underway to look at the use of hydrogen, and other low-carbon gases, in buildings, industry and power. In Europe there is a patchwork approach, with individual countries focusing on different aspects.

For each country a different focus 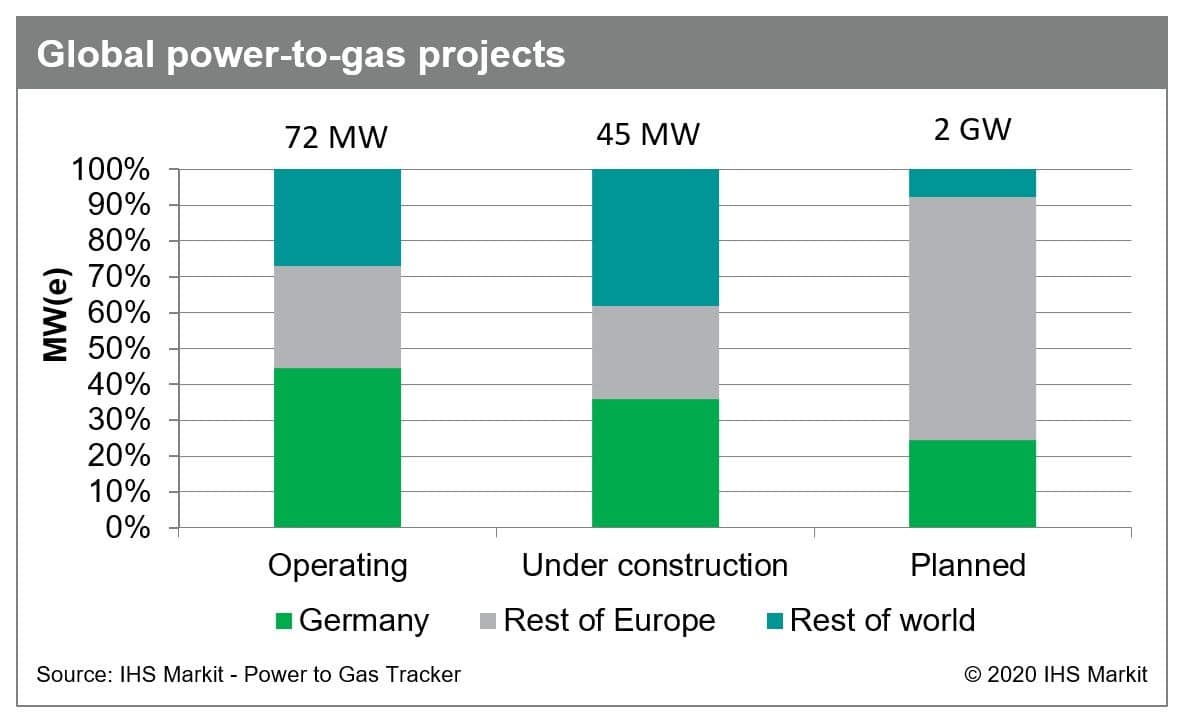 A unique set of circumstances?

The characteristics of the European market—different national markets with varied energy mixes, strong environmental policies including net-zero carbon goals in 14 EU member states, a dense electricity and gas infrastructure and offshore depleted fields available for carbon sequestration—may not be directly replicated everywhere else in the world. But experience gained from the projects that are underway in Europe today can be applied globally. Among the large number of global hydrogen-related announcements, a close and special watch should be kept on developments in North-west Europe.

For more information on the Hydrogen and Renewable Gas forum, watch this complimentary webinar.

Catherine Robinson is an executive director on the Gas, Power, and Energy Futures team at IHS Markit.