Global securities lending revenues for Q2 2019 came in at $2.59bn, 10% below the average Q2 revenue for the last three years. The largest contributor to the revenue shortfall was European equities, however within that asset class there were some bright spots such as specials demand for UK equities. Total loan balances fell 12% YoY, with the largest driver being declining demand for government bonds. There were some positive developments on the demand side, with an increase in special balances in some of the larger markets along with continued expansion in emerging asset classes. 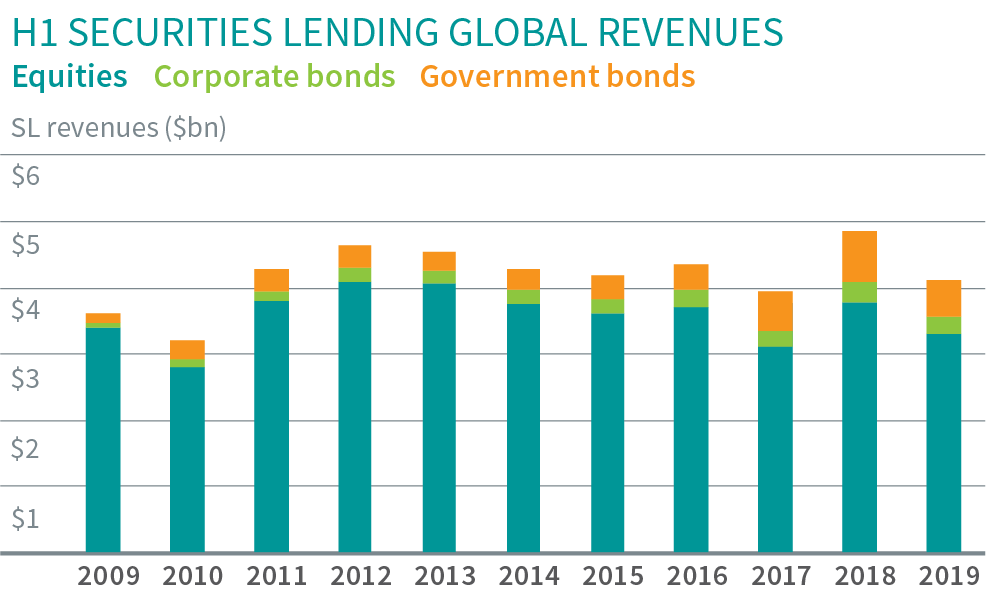 Equity lending revenues came in at $2.1bn, a decline of 17 percent compared with Q2 2018. Despite the overall decline in revenues, the second quarter did see some signs of life for specials demand after a challenging first quarter. The spate of recent US IPOs made an outsized contribution to equity special balances. The most notable was Beyond Meat, where fees for new borrows exceeded 300% during the 2nd week of June. Those lofty fees made the plant-based meat-alternative the most lending revenue generating security globally for Q2. The other significant revenue generator from the US IPO space was LYFT, which generated $31m in Q2 revenues. Lyft and Uber both attracted significant borrow demand, with loan balances greater than $1bn for each firm, however a larger float kept a lid on Uber fees.

ETF lending revenues continue to underperform relative to 2018, primarily the result of lower fees and balances for high-yield bond funds. While revenues have varied with fees for a few hard to borrow, or create, ETFs, overall borrow demand for the exchange traded products remains robust. ETF loan balances grew 12% YoY and are on pace for highest balances on record through H1. The most revenue generating funds continue to be USD HY credit, broad US equity index, leveraged loans and emerging markets.

Continued in full report via link below. 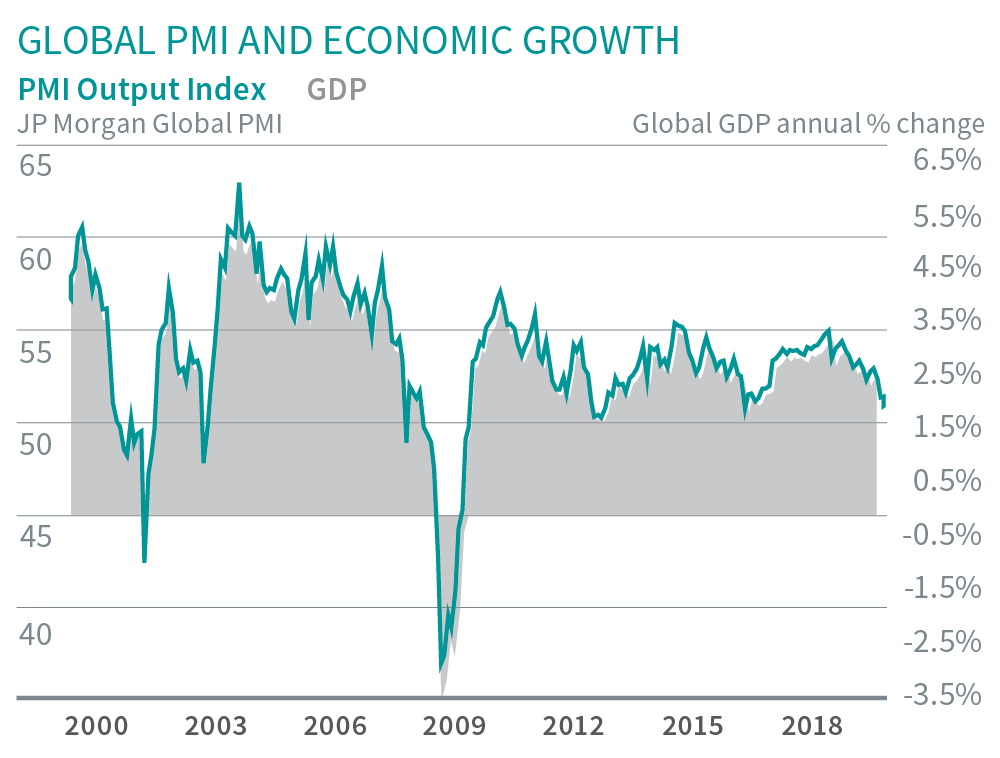 Continued in full report via link below.

Please join us for a webinar on July 25th where we will discuss the Q2 review and will be joined by special guest Chris Williamson, IHS Markit Chief Business Economist, who will provide an update on global PMIs.