This is a collaborative article by Carlos Pascual, Matthew Sagers and Thane Gustafson.

Candidate Trump promised a sea change in US-Russian relations, but questions about Russian interference in the US elections and myriad Congressional and FBI investigations have dropped an Arctic chill over any possible warming. The broader security and commercial impacts of US-Russia relations are global, not least in the energy sector. Russia is an energy "superpower." It has long been among the world leaders in the production of oil, gas, coal, electric power and uranium. Russia's energy wealth is one of the cards that it holds, in addition to its nuclear weapons, to claim a role as a global power. Here are 10 points to watch over the course of 2017.

Tense as US-Russia relations may be, the issues at stake, the influence Russia has carved out in the Middle East, and its salience in energy markets call for engagement. Populist pressures on both sides will make it difficult to find outcomes that both can accept. That said, the world will be safer if both sides work on constructive outcomes rather than seek tactical wins in regional theaters of conflict and tension that produce few strategic and sustainable benefits.

Matthew Sagers is Managing Director for Russian and Capsian Energy at IHS Markit.

Thane Gustafson is Senior Director of Russian and Caspian Energy at IHS Markit. 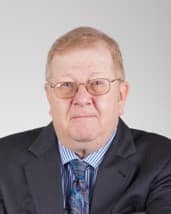 Matthew Sagers, Managing Director for Russian and Caspian Energy, is a well-known expert on energy and transportation systems in the countries of the FSU, and is an authority on energy policy in that region. Dr. Sagers is the main contributor to the biannual long-term oil and gas forecasts for the region, that cover production, consumption, and export flows by route, known as the Eurasian Oil Export Outlook (EOEO) and Eurasian Gas Export Outlook (GEO). 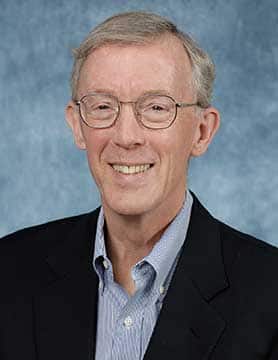 Thane Gustafson, IHS Senior Director of Russian and Caspian Energy and Professor of Government at Georgetown University, is a widely recognized authority on Eurasia who has spent 40 years studying and traveling in Russia, Ukraine, and the rest of the Former Soviet Union.

Formerly a professor at Harvard University and a political analyst at the Rand Corporation, Dr. Gustafson holds a BS from the University of Illinois in political science and chemistry, and a PhD in government from Harvard University. He was a Fulbright Scholar in Russia and Ukraine, and a Peace Corps volunteer in West Africa.