Russia exporting less crude oil to Europe, but probably not for long

Russia is now increasing its crude oil and condensate output, but seaborne exports remained unchanged in first half of August. Production has approached 9.8 million b/d in early August from less than 9.4 million b/d in July. Since OPEC+ decided to ease production cuts, Russia plans to increase its crude oil production by 400,000 b/d. Output of gas condensate, typically between 700,000 and 800,000 b/d, isn't included in this deal. 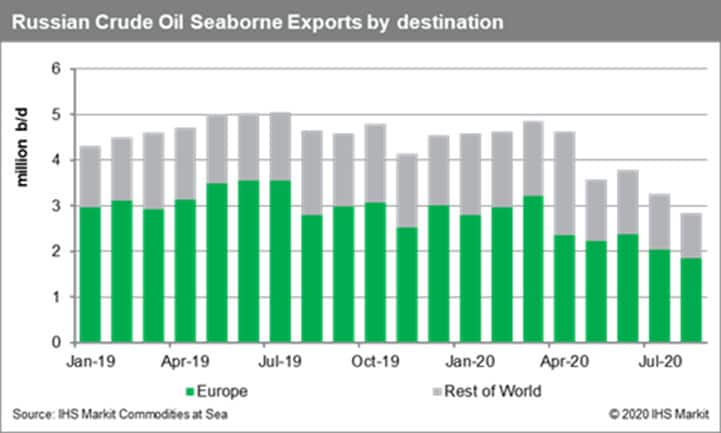 Shipments heading for Europe have been feeling the pressure, with volumes having dropped to record low levels. Data by IHS Markit Commodities at Sea suggests that July's activity declined 42% year-on-year and 14% since June. Cargoes loaded in the first half of August stand 10% lower than in July and 34% below levels observed a year ago. Other suppliers have been quickly filling the gaps so far, but the increase in Russian production since early August could bring this trend to an end.

Meanwhile, crude oil flows from the US to European importers have strengthened rather quickly in July, after three months of very low activity. Cargoes loaded last month surpassed 1.2 million b/d for the first time since March 2020, while shipments in the first half of August remained above one million b/d. North Europe has been absorbing most of these barrels, as refineries show preference to US grades than Russia's Urals. 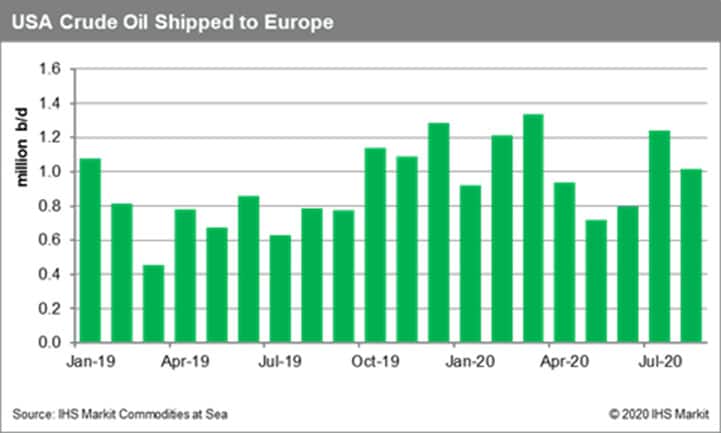 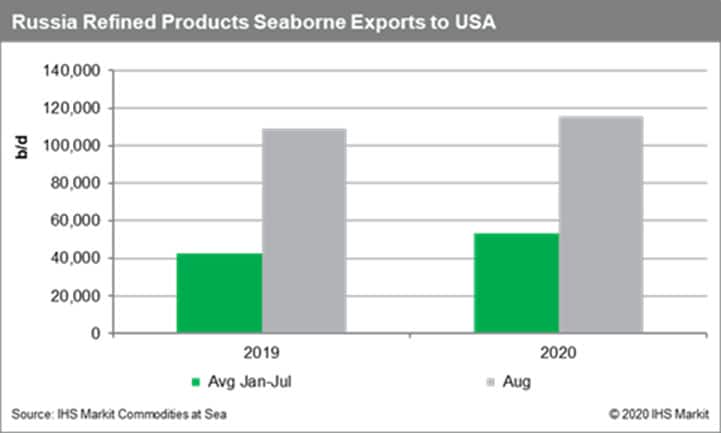