Over the past decade, Rate Transient Analysis (RTA) has been used extensively to analyze production data, resulting in better estimates of reserves and gas-in-place. The exploitation of Unconventional Gas has introduced new challenges in interpreting production performance, such as:

In this article, we will broadly address the interconnected topics of:Fracture Complexity as well as Area and Permeability, from the perspective of production data analysis. 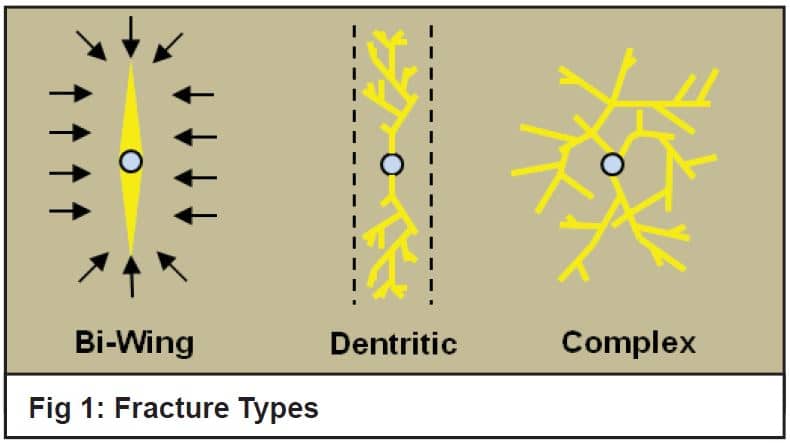 There is a lot of confusion about the "Area" used when analysing unconventional reservoirs. The following discussion will explain the three very different "Areas" that are of relevance:

(i) Drainage Area, Ad: This is the land area that is being drained by the well. It is the area that is most relevant to the evaluation of reserves. Often it is reported in acres, and depends primarily on the length of the horizontal well, the extent of the hydraulic fractures, the spacing of the fracture stages, the well spacing and an effective economic life span (usually 20-50 years).

(ii) Nominal Cross-sectional Area, An: Multi-stage hydraulic fracturing of shale reservoirs can result in a complex and indeterminate distribution of fractures and matrix. Accordingly, for practical purposes in the analysis of production data, it is convenient to visualize the flow in the reservoir as effectively occurring in a linear manner towards the well (length, L) throughout the thickness, h. In effect, this is like assuming that the horizontal well has a longitudinal fracture that extends along its length, depicted in the schematic of Figure 2. The area thus visualized, L*h, is a nominal cross- sectional area, An. It is a convenient reference area for describing the flow characteristics of the well, because both L and h are known (or presumed). Note that h is NOT the "net pay" but the gross vertical thickness accessed by the hydraulic fractures. 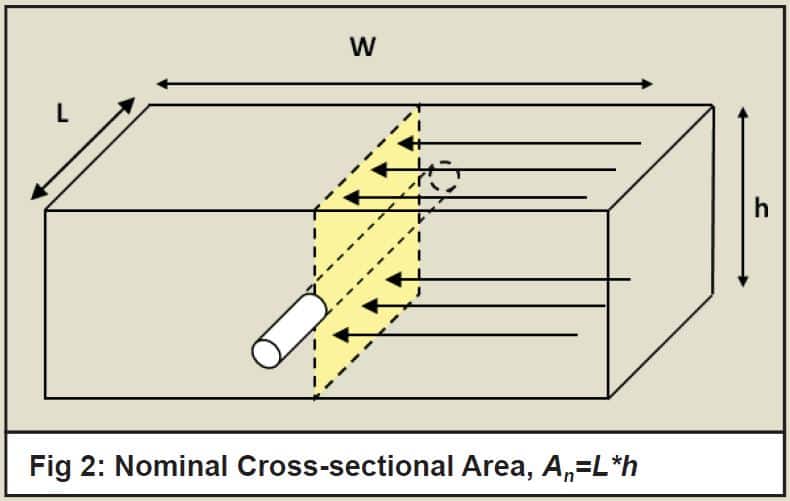 (iii) Exposed Area, Ax: This is the total interfacial area between ALL the fractures in the reservoir and the matrix. It is the area through which linear flow takes place from the matrix into the fractures. Some examples (top view) of Exposed Area are shown schematically in Figure 3. In fact, the area is the sum of ALL the fracture lengths multiplied by the thickness, h, and can be very large. Even though this area is extremely critical to the production performance of the well, it cannot be determined directly from production and pressure data, unless the matrix permeability, km, is known independently.

The problem has little to do with variations in laboratory measurements or corrections for adsorption diffusion and gas slippage. The discrepancy is inherent in the different definitions for permeability. These are best understood when they are viewed independently of each other.

The fractures created during hydraulic fracturing (Figures 3) have an intrinsic permeability, kf. This fracture permeability is several orders of magnitude larger than that of the matrix. Practically speaking, it cannot be quantified, especially because it depends on the fracture width (wf) and proppant distribution. It is usually referenced as a dimensionless fracture conductivity.

It is when the fracture and matrix media are combined in a complex reservoir system that the confusion arises. For such a fractured reservoir, another permeability term is often used. It is the effective permeability, ke. In order to understand the meaning of this term, we must first understand how it is determined. It is obtained from the analysis of well test or production data.

Usually transient "Linear" flow is observed. From this, the combined product A√k can be calculated. In order to separate these variables, either A or k must be specified independently. There are four possible interpretations:

a. Flow within the fractures themselves, representing Σwf√kf. (wf = width of fracture, kf = permeability in fracture). This flow regime is expected to be short-lived because of the relatively small storativity of the fractures.

b. Flow from the matrix into the fractures (Figure 3) representing Ax√km. However, the exposed area, Ax is unknown. Specifying a value for km can result in area Ax, the magnitude of which could be viewed as an indication of the extensiveness of the fracturing.

c. Flow within the SRV towards the horizontal well (Figure 4a). For practical reasons, this is a common interpretation. It is assumed that the A√k represents flow through the "nominal cross-sectional area", An, and the resulting permeability is called the effective permeability of the system, ke. 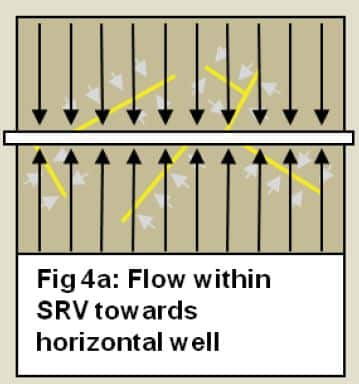 Sometimes it is called the bulk or equivalent or system permeability. This is the commonly reported permeability, and it often causes consternation because it is so much larger than the matrix permeability, yet smaller than the expected fracture permeability. It can only be determined from production data or well test analysis, as it represents the effective permeability of an existing reservoir system (the Stimulated Reservoir Volume - SRV). It reflects a combination of the intrinsic permeability of the matrix, the intrinsic permeability of the fracture, and the distribution of the fractures. d. Flow from the unstimulated reservoir into the SRV (Figure 4b). This is sometimes called "compound linear flow". The A√k reflects An√km. If we are convinced that this is the flow regime that is dominant, then km can be determined. This value should then be consistent with laboratory- measured matrix permeability. 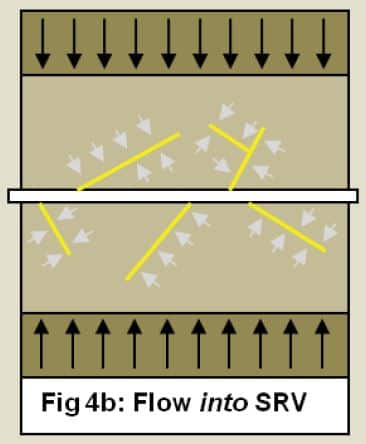 The effective permeability and the matrix permeability are different from each other. One, or both, can be determined from production data analysis. When combined with the length of the horizontal well and the appropriate reservoir model, they can be used to forecast meaningfully the future production performance of a multiple-frac'ed well.

What are the key trends in the world that influence #technology programs in E&P firms? Oscar Abbink, director of re… https://t.co/Q6mVIZGvCy

Covid-19 is expected to have a limited impact on the global #upstream cost markets. We expect #China’s influence on… https://t.co/dJT89Ygx0w