For the first time in more than 100 years the automotive ecosystem faces a convergence of technological, political, and economic forces that could fundamentally alter how cars are sold, used, and powered. Driverless technology, electric vehicles, new mobility services, and public policy are prime disruptive forces. These forces will enhance the value of car transport, including lowering costs in many cases. This change is underway; the only question is how quickly it will occur and how transformative it will prove. Not only will the automotive industry see significant change, so will the energy industry and the chemical industry as they are inextricably linked.

To address this transformation, IHS Markit has just completed a new mobility study, Reinventing the Wheel (RTW): the Future of Cars, Oil, Chemicals, and Electric Power. To analyze the full impact of the changes on these three industries, IHS Markit created a core team drawn from IHS Chemicals, IHS Automotive, and IHS Energy. The RTW study modeled the penetration of new mobility services and powertrains, including electric vehicles, under two scenarios to 2040. It also detailed the impact on global oil demand, implications for chemical feedstocks and chemical and plastics inputs into the automotive industry supply chain. IHS Markit established an entirely new modeling approach, quantifying fuel demand and vehicle miles traveled, not only by power train, but also by channel (ride hailing, car sharing, personal use). In Detroit and London, leading chemical, energy, and automotive companies offered their input into the IHS Markit scenario assumptions which underpin RTW. 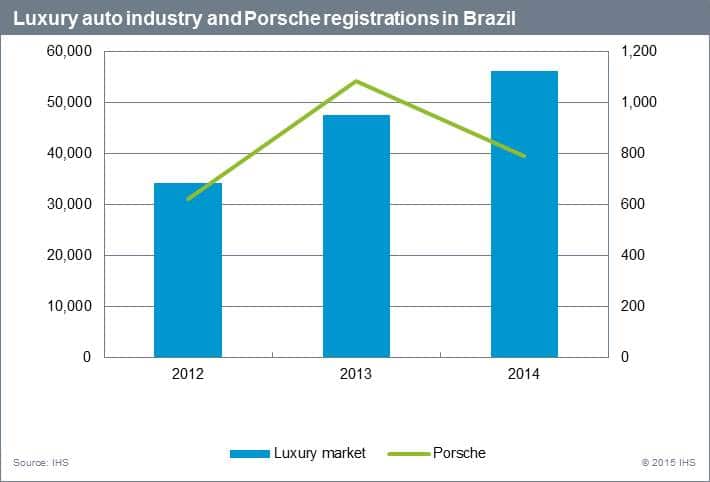 Several headlines emerge from the study

Competition in the automotive ecosystem is becoming multi-dimensional because of a shift from selling cars to selling mobility. The century-old model of selling oil-powered cars to consumers for personal use is challenged by new mobility services and powertrain options. Three distinct but related rivalries exemplify the new multi-dimensional competition:

These rivalries will overlap--they are not isolated.For example, a mobility company offering driverless electric cars will challenge those selling gasoline-powered, personally-owned and human-driven cars. Rivalries are not isolated.

Nearly 1 of every 2 new car sales will be hybrid-electric or plug-in electric by 2030 in RTW markets. RTW forecasts that hybrids will become the new "conventional" vehicle by 2030 in many markets, and the recent policy announcements by governments in Europe and Asia support this view. This highlights the growing diversity of sales in terms of powertrain and degree of automated technology.

Driverless technology is the major disruptive force because it can lower mobility costs, increase access to mobility, reduce road deaths and injuries, and amplify the impact of electric vehicles, mobility service companies, and alter urban design. However, adoption of autonomous technology will proceed at different rates in different markets.

The increase in electrification and automation are creating opportunities for companies outside of the traditional automotive supply chain. The opportunities for new entrants are in areas such as machine learning, software development, data collection and analysis, and sensing and automation technology. "Auto-tech" companies will emerge as a result of both competition and partnership between incumbent companies and new entrants. Interdependencies will emerge because of growth in ride-hailing and increasing automation and electrification of cars. New entrants will need the manufacturing knowledge of incumbents. Incumbents will need the technology innovations from new entrants.

But the scale of the current automotive ecosystem is a moderating influence on the pace of change. The global automotive ecosystem is built to manufacture and service oil-powered cars-there were 1.15 billion of them on roads in 2016. The global fleet of EVs is growing, but still very small in comparison. In 2016 there were 1.8 million EVs on roads-0.2% of the global car fleet. Decades of consumer experience- and aspirations-with personal car ownership will need to be overcome if change is to accelerate. The Reinventing the Wheel study analyzed the implications of the changes in the auto industry on the chemical industry, and quantified the impact of these changes.

The decreased use of liquid transportation fuels, as the automotive industry moves vehicle powertrains away from ICEs, will have rippling effects throughout the energy and chemical sectors. Extensive quantitative analysis of this important trend for the Rivalry (base case) and Autonomy scenarios has been performed in support of the Reinventing the Wheel study.

Some changes will be noticeable in the near term,but most of the changes are expected in the 2030-40 timeframe. Demand for gasoline and diesel used in LDVs will weaken, and as a result, more refinery cuts will be available to serve as chemical feedstock.

Also, lower oil and natural gas demand in the Autonomy case reduces energy production and prices.As oil prices decline in the long term, prices for related products such as naphtha and NGLs will decline with them, reducing feedstock costs for petrochemicals. Lower crude prices could potentially force naphtha values downward to the point where they become the long-term favorable feedstocks for steam crackers. Such a shift in favorability would encourage investment in naphtha crackers in the growing Asian demand centers, such as China and India, and in the low-cost naphtha regions.

Changes in the volume of cars built and sold, as well as trends in miles travelled, will impact the materials used by the automotive industry. One of the many significant impacts from the move away from ICEs is the elimination of fuel tanks, which will have a negative effect on high-density polyethylene demand in the auto sector. The move will also result in reduced demand for engineering plastics used in under-the-hood applications which require high-temperature resistance and chemical resistance. In a battery EV,there will not be a need for a radiator, so there will also be less need for monoethylene glycol for antifreeze in the OEM and Refill markets.

There will also be "gainers," which will see increased use because of design changes, including increased use of polyurethane foams in sound-deadening applications, as well as increased use in thermal insulation to minimize the need for battery power consumed by air conditioning. Polymers used in wire and cable insulation and connectors will take on increased importance to meet the demands of higher voltage and higher amperage power distribution in electricity-based cars. In addition, more use of adhesives is expected as changes evolve in the structural materials used, and in the way cars are assembled.

While plastics will continue to play a role in the lightweighting of automobiles, the use of highstrength metals and alloys, as well as composites, will take on a more prominent role in this trend. Lightweighting will remain a key trend given its importance to maximizing the miles per charge of EV batteries.

As autonomous vehicle designs evolve, more significant design changes will affect the use of chemicals and polymers in the automotive sector. However, during RTW period, autonomous vehicles will have to coexist on roadways alongside humandriven vehicles, and for safety reasons, will need to maintain many of the basic design features of a conventional vehicle. The more futuristic design changes afforded by a new autonomous vehicle platform are not expected to occur until the post-2040 timeframe.