One month ago, IHS Markit estimated that capital expenditure cuts within the western Canadian oil and gas sector would total over US$6 billion. As the grim reality of extreme low prices took hold, companies have only further slashed spending, with announced cuts now exceeding US$8.4 billion (C$12 billion). The oil sands sector accounts for the bulk of this unprecedented reduction; investment there is on track for its lowest level in over 15 years. However, the impacts are much broader than the oil sands, as investment in all corners of the Canadian energy sector is being culled. 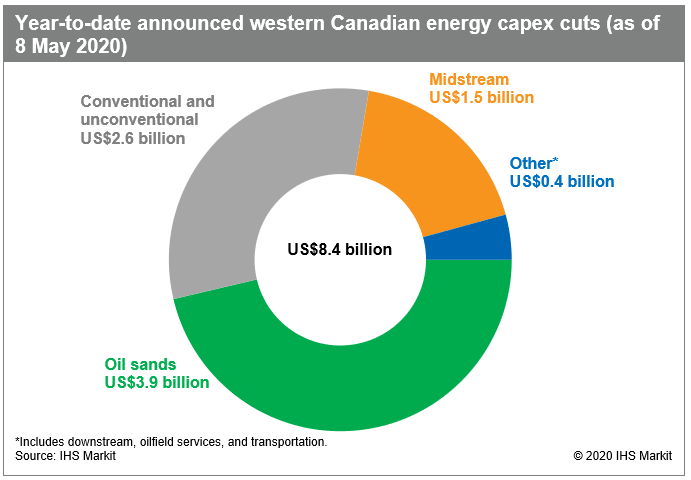 Production cuts are also mounting. As of 8 May, more than 700,000 b/d of output reductions had been announced. Again, the oil sands, as the largest source of western Canadian supply, accounts for the bulk of the reduction, but the entire basin is suffering. The output reduction is evident in reduced utilization of key export pipelines, which prior to the pandemic were chronically oversubscribed. 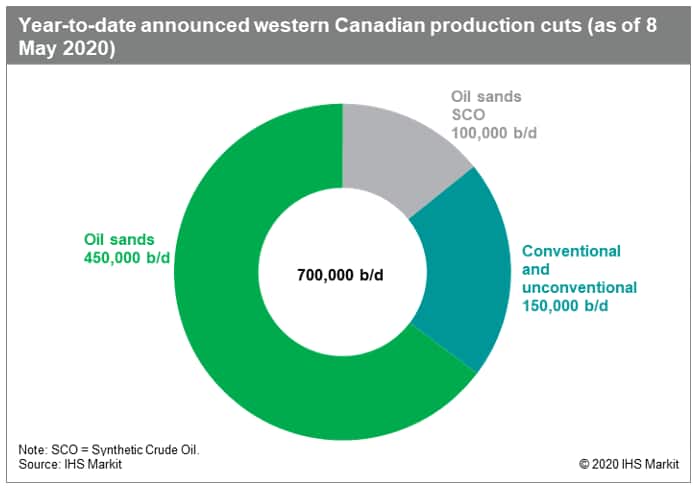 Figure 2: Year-to-date announced western Canadian production cuts (as of 8 May 2020)

Notably, four-fifths of the announced production cuts have come from large western Canadian producers, with less visibility to smaller producer actions which are almost assuredly cutting output as well. For this reason, IHS Markit expects that the actual production cut is greater than what has been publicly announced - and that more volumes may still come offline in the coming months.

IHS Markit estimates that 2Q20 western Canadian production may decline by over 1.1 million b/d compared to 4Q19. With the majority of announced and anticipated contraction coming from the oil sands, an immediate and dramatic secondary diluent demand shock is in store for both domestic providers of condensate for oil sands blending as well as imports brought from the United States.

The majority of Canadian oil sands output is anticipated to recover by early 2021, with conventional and unconventional production declines continuing well into 2021. Some volumes will be permanently lost as less productive wells are permanently shut in. As people reemerge from their homes, and demand begins to recover, production should begin to come back into the market. However, with certainty the Western Canada Sedimentary Basin will be changed for quite some time.

The Great Supply Chain Disruption will continue into 2022, with the potential for new, unexpected shortages that wi… https://t.co/JDkt1zj2mn