Record falls in output seen in eight of 23 sectors, led by slump in auto making

Worldwide growth plunged by a record extent in February, the pace of expansion slowing to the weakest since May 2009, according to the latest PMI surveys. The JPMorgan Global PMI™ (compiled by IHS Markit) fell from 52.2 in January to 46.1.

Worldwide factory production dropped at the steepest rate since April 2009 as companies reported falling demand and a reduced supply of inputs: February saw the second-longest lengthening of suppliers' delivery times since global production growth boomed in 2004, linked in the majority of cases to extended factory closures in China. However, it was not just supply chain disruptions to blame: service sector activity plunged to a degree not seen since May 2009 amid signs of demand slumping for many travel and consumer-related activities. 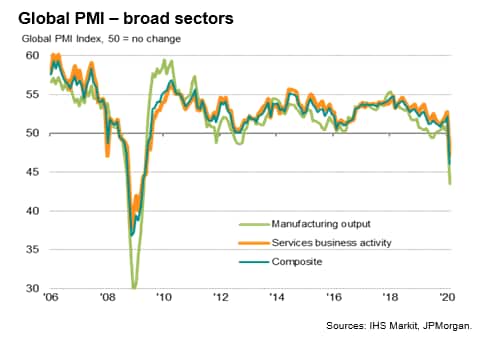 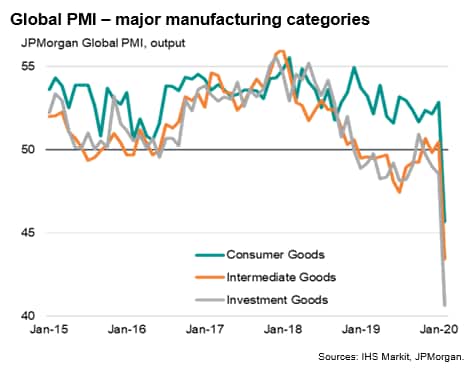 The drop in investment goods output is especially noteworthy, reflecting in turn a marked drop in new orders from businesses worldwide for plant, machinery and other capital equipment. As such, the deterioration in orders for new investment goods points to a renewed downturn in global capex arising from the heightened uncertainty surrounding the spread of COVID-19. The recent slump indicates a disappointing set-back after signs of capex spending recovering at the start of the year amid an easing of US-China trade war tensions. 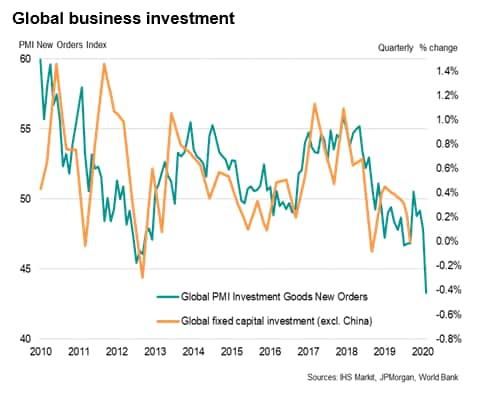 In addition to supply-side disruptions to business activity from supply shortages, the PMI surveys also indicated weakened demand for many consumer services. This was often blamed on travel and tourism in particular being affected by the coronavirus outbreak. Consumer services saw the highest incidence of companies reporting some negative impact from the COVD-19 outbreak with the exception of basic materials manufacturing, where the supply disruptions were among the greatest recorded during the month. 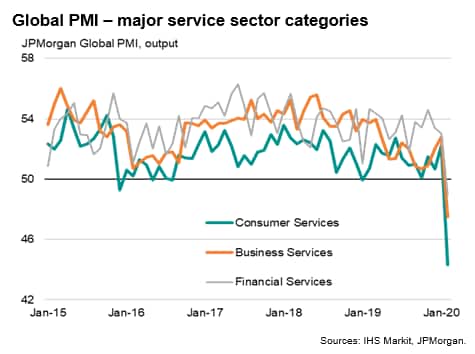 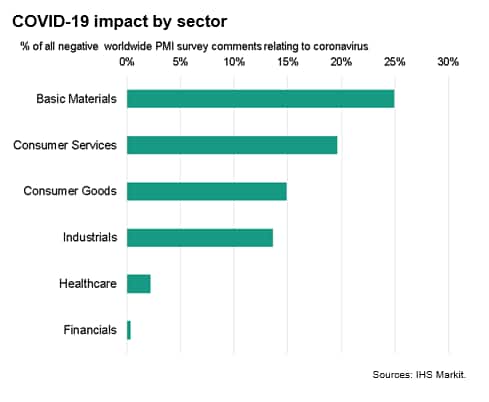 IHS Markit's more detailed PMI data neatly encapsulated the impact of the COVID-19 outbreak in February. Only seven of the 23 sectors reported growth globally, led by pharmaceuticals and biotech, reflecting efforts to deal with the epidemic. 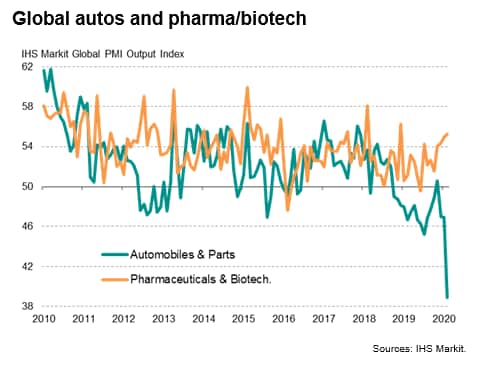 Some eight of the 23 sectors saw record falls in output. The steepest decline was reported in the auto industry, which saw by far the steepest drop in production on record (since late-2009). Existing malaise due to weak car demand was exacerbated by the impact of factory closures and supply chain disruptions from China. 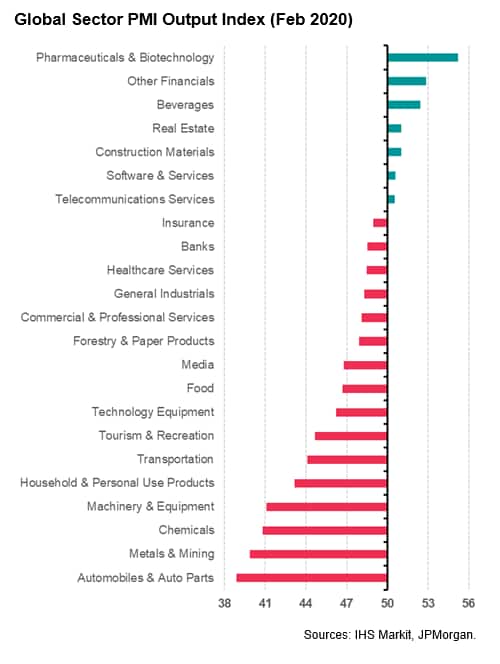