How should we rank wells?

How are wells commonly ranked?

An often used, convenient way to rank well performance is to use short term production metrics such as IP (Initial Production), 30-day, 60-day, or 90-day cumulative production. It is convenient, because soon after the well is put on production, you have enough data to calculate and compare. The bad news is that these metrics aren’t necessarily indicative of what we are after, that is, discounted EUR. 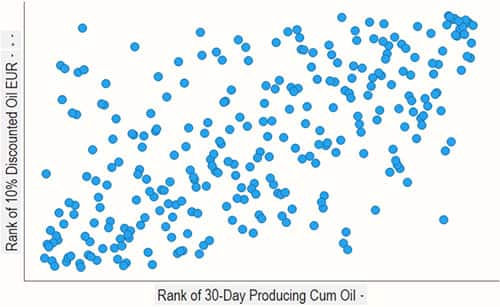 There are many reasons, but they can be broken down into different categories, such as Subsurface, which includes both the rock and the completion, and Operations. Variance in subsurface conditions among wells, such as stress dependent productivity and accessible hydrocarbons in place, have a significant effect on the relationship between short term and long term performance.

Perhaps one of the most neglected factors is the influence of operating pressure on early time production rates. Simply put, the harder you drawdown the well (lower the flowing pressure), the larger the rate. It’s an easy way to make one well look better than another in the short-term.

How variable is short-term drawdown?

For the same wells, I’ve plotted a histogram of drawdown for the first 90 days of production. Drawdown in this play varies by +/- 40% (standard deviation). 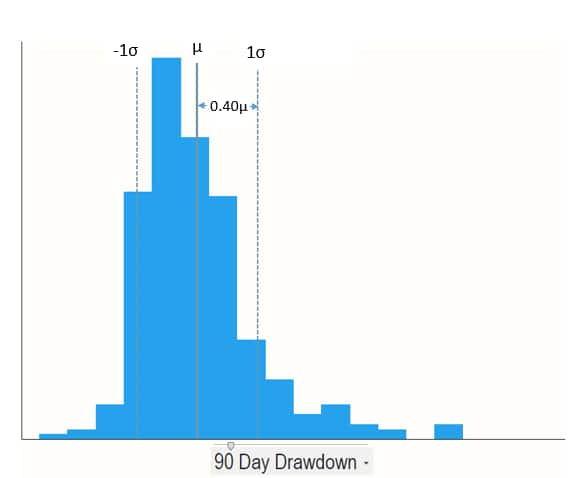 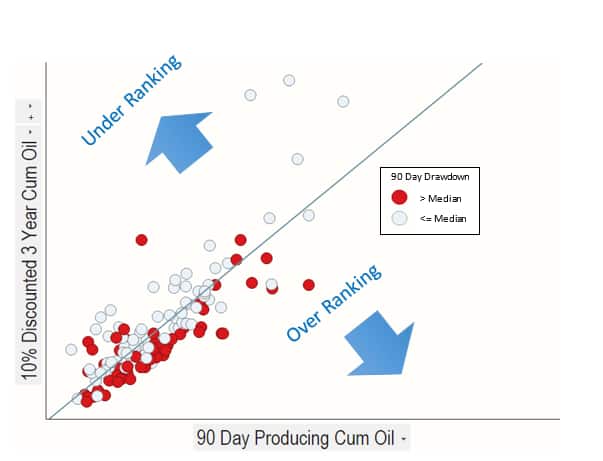 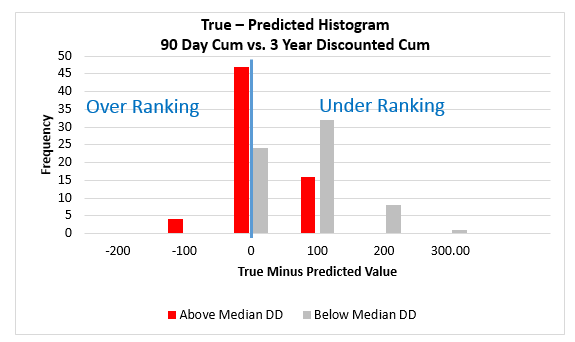 Figure 5: Histogram of actual 3 year cumulative production minus that predicted by the best fit line in Figure 4.

What this tells us is that ranking based on short term production metrics tends to over predict the value of wells that were on high drawdown while under predicting the value of wells that were on low drawdown. There is no reason to do this. In fact, in many unconventional plays, high drawdown at early time can be detrimental to long term well performance (due to high stresses induced on the completion). So rewarding high-drawdown is if anything, the opposite of what one should do.

Can we eliminate drawdown bias?

One way to eliminate the bias is to normalize by drawdown. Linear Flow Productivity index is a physics-based metric that includes drawdown normalization. It is related to q/Dp, where q is the production rate and Dp is the drawdown. It is simple to calculate, and requires minimal information. Comparing the histogram below to the one above, we can see that drawdown bias is eliminated. Wells that were on high drawdown behave similarly to wells that were on low drawdown. 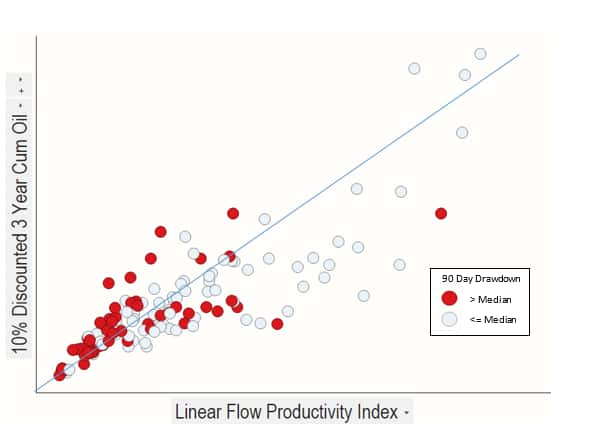 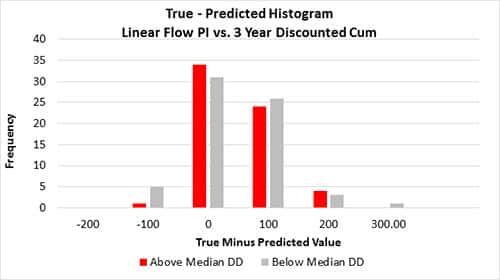 Figure 7: Histogram of actual 3 year cumulative production minus that predicted by the best fit line in Figure 6.

The above was used to demonstrate the concept of drawdown bias, not as a recommended approach to predict EUR. Better predictions can be obtained using a combination of analysis and predictive modelling techniques that take into account important factors such as well spacing, stage spacing, geomechanics and fluid effects.

IHS Markit Harmony Enterprise contains a set of easy-to use tools with a wide range of applicability to help you determine EUR of wells, where the best wells are located and what affects their productivity.

Learn more about how our subsurface consulting experts can help you better understand asset performance.

This article is based on the paper “Does Flowing Pressure Matter? A Statistical Study”, presented at the 2017 Unconventional Resources Technology Conference (URTeC) in Austin, TX.