Video: The benzene market in transition

Interview of Peter Feng on the benzene market. 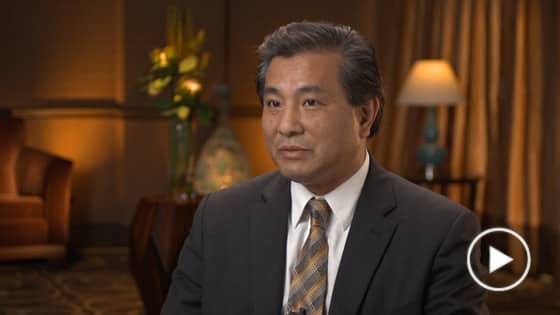 What's the current state of the benzene market?

The benzene market's currently in a state of transition. In 2012, 2013, 2014, we've had a very strong market. Benzene prices have hit historical highs repeatedly, setting a new historical high in North America of $5.28 per gallon on a contract basis. And since then it's declined, but even the last few years we've had margins that were good, prices that were high, and even HDAs were profitable.

Now we're in a transition period at the end of 2014 that's been caused not only by the drop in crude oil, but by the fact that China demand is weaker and also with a startup of new plants in Asia that's increasing the supply of benzene. Now as these plants start up, we are going to see an adjustment as margins get weaker, producers will have to adjust. And they will adjust not only in Asia but in the US and Europe. And we'll have to see how that plays out in 2015. But clearly, price will be lower, and margins will be slimmer.

What's the outlook for the benzene market for the next few years?

Our outlook for benzene is certainly weaker in 2015 and 2016. We had a very strong year in the past couple years-2013, 2014-we're going through a transition. And really, when you look at the three main sources of supply for benzene-and that's coming from the refining side, the ethylene sector, and from PX or paraxylene-those sectors are under transition. So you worry about the supply side.

In the refining side, you've got pressure on the Atlantic Coast refineries-in particular, in the East Coast of the US and in Europe. And some of those refineries may have associated aromatics production with them, so impacting supply.

On the ethylene side, we've already lost 50% of our supply in North America as crackers have gone light. And generally, ethylene crackers are either going lighter or in the case of Asia-in China, particularly-they're looking at a coal-to-olefin strategy, which produces less benzene.

The startup of the new paraxylene plants in Asia, of course, has produced pressure across the paraxylene chain, where units such as STDPs that are really there to produce paraxylene and produce some co-product benzene are actually slowing down as well. So we worry about the supply side.

But generally, there's more supply coming in. We expect weakness; the lower crude prices will allow benzene to be lower. But having said that, there is volatility that's still expected in benzene as we move forward, largely because the long supply chains that come in and the fact that the supply does not coordinate well with the demand side, is causing short-term disruptions.

Are there new process technologies that may impact the benzene market?

There's some very interesting process technologies that are currently being looked at that may impact the benzene market in the future. When you look at the shale gas revolution and the abundance of NGLs that we have here in North America, it'd be interesting to find a route that goes from NGLs to aromatics.

When you look at the co-products of the ethylene cracker-and you have ethylene, propylene, and butadiene-they all have on-purpose routes utilizing low-cost NGLs. The one, benzene, does not. And so people are looking at that.

Certainly, there's a Cyclar process; we can't forget about that-it has been built as the closest to commercialization. We've seen people look at it, but there's no new announced plants that have come on. So certainly, we're watching for that.

There's also-when you look at China-they're going through a different route, which is through coal. Now this isn't particularly new, but it's an old route that is being brought back again. And that is either using coal through cooking coal, and that process has been built.

And now they're looking at coal liquefaction. Now, remember that in a lower crude oil environment, those processes are less economical. But they're looking at basically coal through indirect liquefaction going through a syngas methanol step to aromatics, and they're really in the pilot plant stage. So we'll see and be monitoring that in the future to see if there's any new developments and impacts.

RT @cnbcipr: Chris Williamson, chief business economist at @IHSMarkit, explains the latest PMIs out of the euro zone on #StreetSignsEurope…