Interview of Chuck Carr on the outlook for the global propylene landscape. 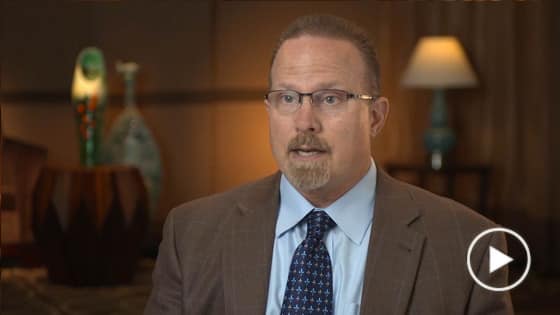 What are the trends for new propylene production and consumption?

The trends in new propylene production and consumption capacity have changed over the years. And currently the trend is towards a lot of new on-purpose capacity, especially in China. Now in the past, propylene was mainly a co-product or by-product-co-product of steam crackers with ethylene production, and a by-product of refineries from FCC units. But as we moved along, the demand growth-which is somewhere around 4, 4-1/2 half million tons a year-has outpaced the additions of those co-product and by-product supplies.

So now we're dependent on a lot of new on-purpose capacity coming to the market. One other thing that's happened here recently is with the shift in feedstocks in North America towards more ethane into steam crackers. We've lost a lot of steam-cracker propylene production. And thus, exporting of derivatives, especially polypropylene and non-polypropylene derivatives, has been more difficult or higher-cost to go to Asia.

So now the response there is in China, particularly. We're seeing a lot of new on-purpose capacity and a lot of non-polypropylene derivatives-things like acrylic acid, acrylonitrile, oxo alcohols are being added at record paces with the on-purpose production, which is propane dehydro units and cold olefin-based capacity. So now what's happening in response, though, is an overcapacity situation-way too much capacity is being added-in fact, about two years too much capacity. So, it's going to take several years longer to absorb all that new production.

How did the propylene market react to the recent collapse in crude oil prices?

Propylene prices had a varied response among the different regions to the collapse in crude oil prices. First of all, the Asia prices collapsed very quickly with crude oil. In fact, they actually overcorrected on the low side. You actually saw prices for propylene drop below the cash cost of even the brand-new PDH units that have just started up. Then prices eventually rebounded a bit, because of the overcorrection.

Now in the other regions, North America and Europe, prices more parachuted down and actually follow with the Asia prices, because you can't get the world out of sync. In other words, if prices are too high in one region versus another, then you'll have arbitrage opportunities open up that really, really shouldn't-don't-make sense.

The conception is that price volatility and propylene will actually decrease with the addition of all the new on-purpose capacity. However, one of our views is basically that price volatility could increase, because now with the on-purpose capacity, especially propane dehydro units, you're introducing another feedstock that propane has been very volatile in the past-especially the seasonality with wintertime, and summertime, and storing propane and pulling it from inventory. So in actuality, we believe volatility could actually increase further with the addition of the new on-purpose units.

Our CEO is joined by Mark Carney in the latest #CERAWeek Conversation, where the two discuss global efforts to addr… https://t.co/zwY6IsnR0H

RT @LanceUggla: I believe we must stand together to drive change, change that builds a world that is equal, regardless of who we are. Let’s…

The week ahead sees the PMI business surveys provide global economic insight to not only the depth of the downturn… https://t.co/X4ffSAYa6f