Video: Impact of lower oil prices on the butadiene and elastomers markets

Interview of Bill Hyde on the impact of lower oil prices on the butadiene and elastomer markets. 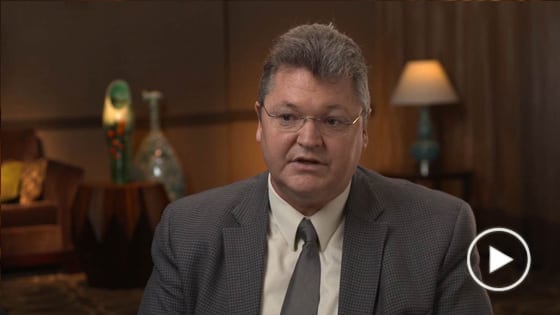 How has the lower price of crude oil affected the C4 olefins and elastomers markets?

The lower oil price has affected the C4 olefins and the elastomers markets, actually in several ways. The most prominent way is that it has really fundamentally changed the supply-and-demand balance. The vast majority of C4 olefins-and here, really, mostly what we're talking about is butadiene-is produced as a co-product of ethylene. Give or take 97-98% of the world's supply is produced that way.

And so trends in the ethylene markets have a major impact on the butadiene markets-and by extension, the elastomers markets or the synthetic rubber markets. In this case, the trend has been towards a slightly heavier feed slate which translates into more production of butadiene feedstock, which then translates into more butadiene, which then drives the market softer. And interestingly enough, because the butadiene market is so closely tied to the ethylene market, there's not a close tie between butadiene supply and butadiene demand.

So, what we've seen is an increasing supply and a softening demand growth, which altogether comes into a market balance which has softened significantly over the last year or so.

If cost is not the primary market driver, what is?

Cost is absolutely not the primary market driver in the C4 and elastomer markets. The price of oil can fall but if the supply-demand balance is tight, then the price isn't going to come down. Conversely, if the supply-demand balance is long-which it is today-we see a very large drop in the price. It's dropped from over a dollar a pound a year or two ago, to less than 30 cents a pound today.

And there's no evidence that supports any claim that it's going to rebound quickly. We're in for a kind of a slow increase moving forward because the supply's a little longer than it's been and demand growth has not returned. The automotive sector is not taking off in a meaningful way globally. And so the supply-demand balance is going to stay relatively flat.

Is there another factor that is influencing the C4 olefins and elastomers markets?

There is another factor influencing the C4 olefins markets. And that's the natural rubber supply-demand balance. The elastomers markets really have two main categories, natural and synthetic. And there's enough-especially in the commodities side-and there's enough interplay between the natural rubber market and the synthetic rubber market, that if the prices get too far disconnected, then markets change and they'll emphasize the one that's cheapest.

And so, neither of them can move very far from the other one. Well, today the natural rubber market is quite long, so its prices have come down dramatically, which have then put a ceiling on what the synthetic rubber producers can charge. And that's had a significant impact on the synthetic rubber pricing and also on butadiene pricing, as the whole value chain is capped at the end.