The Pacific Alliance is a regional integration initiative that Chile, Colombia, Mexico, and Peru formed in 2011. Costa Rica and Panama are also seeking membership. The alliance's main objective is to deepen economic integration among member states by enhancing free circulation of goods, services, capital, and people. The member states are also negotiating a free trade investment treaty. When fully ratified-potentially by the end of 2015-the Pacific Alliance will establish a tariff-free market for 214 million people with a total GDP of US$2.2 trillion. The new trading bloc will be about 70% the size of Mercosur.

Approximately 92% of trade will be liberalized immediately and the rest gradually, with trade likely to increase among member states in many industries, including oil, petrochemicals, automobiles, financial services, and telecoms. Thirty-two countries have taken up observer status with the treaty, including China, Germany, India, Japan, Singapore, South Korea, the United Kingdom, and the United States.

One area where progress has already been made is the co-ordination of the stock markets of the member states. Under the Latin American Integrated Market (Mercado Integrado Latinoamericano: MILA), common platforms allow trading in stocks and expand access to investment capital among Chile, Colombia, and Peru. The Mexican stock exchange is in the process of joining MILA. 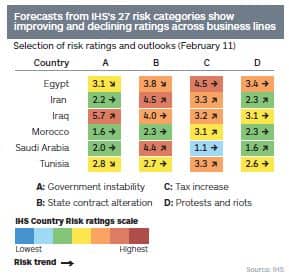 The Pacific Alliance's guiding principles differentiate it from other regional blocs, notably the Bolivarian Alliance for the Peoples of Our America (Alianza Bolivariana para los Pueblos de Nuestra América: ALBA), which view such trade and market openness as likely to retard economic development. The Pacific Alliance has no headquarters, secretary-general, or independent budget and will operate through high-level summits. This lowers the risk that economic integration will become bogged down in arguments about the composition, control, and functioning of a centralized authority.

If the Pacific Alliance is to play a meaningful role in attracting investment and encouraging economic development, member states' current governments must drive progress. Peru is the only existing member that faces a presidential election before 2018. Current leaders therefore have a better chance to deliver regional integration compared with some previous initiatives that floundered.

Another key goal of the alliance is to achieve economic integration with countries in the Asia-Pacific region. However, with a plethora of existent bilateral deals and the nascent US-driven Trans-Pacific Partnership, there is little prospect of a Pacific Alliance/Asia-Pacific deal within two years. For example, Chile has free trade agreements at different stages of completion with China, Japan, South Korea, and Thailand.