The desire to reduce pollution and reliance on imported oil is driving hybrid and EV sales. Cost and availability remain barriers to their widespread adoption. 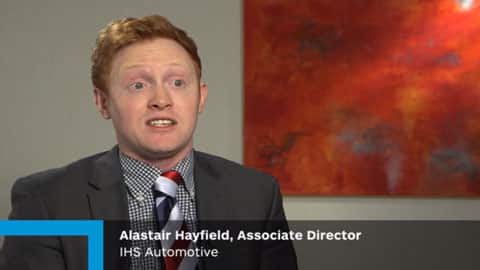 What factors are driving the hybrid and electric vehicle market?

There are a number of important trends influencing the hybrid and electric vehicle market. The first one is, obviously, CO2reduction. Second to that is pollution reduction, particularly in urban areas, so bringing down particulates in the atmosphere. Third, wanting to make automotive more efficient, so reducing the amount of gasoline use. And then, probably fourth, is also trying to reduce the dependency on imported energy, so countries like the US and Japan trying to bring down their dependency on overseas oil.

In terms of barriers to entry, obviously cost of electric vehicles is quite an important factor. So, typically electric vehicles are much more expensive than regular combustion engine vehicles, so that’s a barrier to entry. And then there are things like range anxiety. So, consumers worry about the technology and the ability to actually drive a suitable distance with their electric vehicle.

Which countries stand out as leaders on hybrid and electric vehicles?

So, as you look around the world, lots of countries are actively pursuing hybrid and electric vehicles, but certain countries are doing more than others. Now, Japan historically has led the way. They’ve done a lot with their OEMs and incentivizing the uptake of hybrid and electric vehicles. But France has also done a lot, so Renault, one of their domestic OEMs pushes electric vehicles very hard. In Paris they have an all-electric car-sharing scheme. It’s really interesting to see what’s going on in Germany at the moment. So, the German OEMs have finally released a range of electric vehicles and over the next sort of 18 months it will be interesting to see how they’re adopted. In the US, the focus is less on electric vehicles and more on hybrids. And really that’s in response to bring down emissions, and also sort of improve efficiency.

What are some of the developments you see coming in the next 18 months?

So over the next 18 months there are a couple of really exciting thing we’re looking forward to seeing. So, first is the next release from Tesla. So Tesla has had a lot of success, a lot of visibility with the Model S, and we’re expecting to see the release of the Model X in the next 18 months. It will be great to see how that’s received by the public. We’re also going to see the BMW i8, which is another Halo product for the BMW group. It will be interesting to see, again, how that vehicle is adopted, and how the technology that’s used on it filters into some of their other vehicles.

IHS Markit's Claudio Vittori was recently interviewed by Cu2 Consulting on the development of EVs’ components that… https://t.co/mI1npJFV72

Automotive leaders are making better use of data analytics to capitalize on the #EV market and steer investments. J… https://t.co/ONBkiRak6i

Electric vehicle (#EV) registrations in the US in 2020 reached record market share of 1.8%, demonstrating increased… https://t.co/EOf5VoNfbM