Pricing in a world of risk

A data-driven approach to correlations in aggregation modelling.

In a world full of data, there is still a lot of guesswork that goes into setting the risk parameters for aggregation limits and prices. This is partly due to lack of data, and partly due to the legacy of approaches that persist today. There are also competing demands, in particular financial ones. What is the best way to account for the very different risk between Nigeria and Nicaragua, or India and Indonesia, without overwhelming a model with complicated, ultimately fragile assumptions?

Ultimately you have to choose a number for your model – if you choose the wrong number, you're either leaving money on the table or you're exposing yourself to more risk than you are pricing in. So how do you arrive at the right one?

We argue that a data-driven approach using more nuanced country risk scores and defined value and types of exposure leads to better, more nuanced correlation assumptions that are still simple, transparent and defensible. This approach allows companies to more accurately account for risk.

Correlations are crucial for financial institutions to set prices and aggregate limits. They allow risk teams to account for overlapping risk in their models, and thus avoid double-counting. This allows pricing and aggregation models to be more accurate and efficient, without undervaluing risk shared across countries, perils or sectors.

One aspect of either single-country or clash aggregation is considering the correlation between potential economic, financial and country risk perils. In practice, we know intuitively that a politically unstable country is likely to also have higher security risk, but a number must be applied to this relationship in order for it to be captured by a correlation model.

This table shows the correlations between aggregate perils for all countries globally over ten years of IHS Country Risk Scores ending on 1/1/2017. The variation in values suggests that correlations differ by peril pairs, a conclusion which is consistent between disaggregated perils as well.

This highlights the importance of using the right correlation factor for your exposure: if you're exposed to tax risks but not political stability risks, choosing a generic average correlation could be significantly limiting your aggregation limits without cause.

The same exercise can be applied for correlations between industry sectors. For this analysis, using ten years' worth of our World Industry Service (WIS) risk scores, we found that cross-sectoral correlations for overall composite risk is 40% on average for the World. However, there is a degree of variation in the correlation among sectors depending on the region and the sector.

Additionally, replacing overall composite sector risk with sector credit risk, the average correlation is only 23%. Depending on the industries, the types of risks (e.g., BC, P&C), and the countries of operation to which your company is exposed, we can weigh the correlation between sectors to estimate a more appropriate aggregate sector correlation for your exposure.

Finally, setting aggregates at a global or regional level is an important exercise, but in a globally connected world, risk contagion must also be considered, especially financial risk. Whilst a Realistic Disaster Scenarios (RDS) approach is often used to define the countries in each contagion region, the correlation between countries' economic variables can also give an indication about how much contagion there is between countries, and prove a useful tool for refining contagion regions and the parameters assigned to them.

In our exercise, we found that there are substantial variations in correlation depending on the regional bloc. For example a Russia bloc, composed largely of former Soviet Union countries, had a high correlation of 63% on average while the more diversified China bloc had an average correlation of only 30%.

Additionally, the importance of defining the contagion region can be seen in the difference in the correlation between a generalized contagion bloc versus one that is refined by intelligence experts. For example: 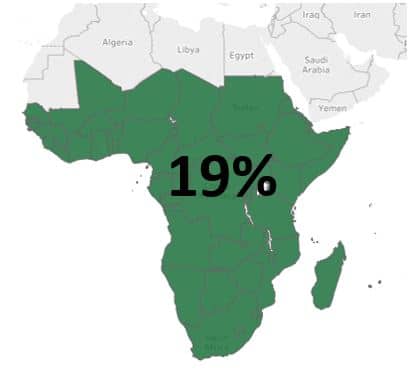 By using an intelligence-led approach, the contagion region has more limited scope, making it a more accurate contagion bloc and providing a more realistic correlation assumption for that bloc. This allows the aggregate limit to be set more precisely, thereby helping to ensure that you are not under- or over-exposed due to uncorrelated geographies.

Are your correlations data-driven?

By taking an intelligence and data driven approach to correlation assumptions, you can inform your models with more refined and transparent assumptions. This can allow for a more efficient allocation of your aggregation limits and more accurately control for risk. These assumptions can, and should, be made specific to your institution's exposure by assessing the most appropriate data and eliminate noise.

For more information on your specific correlation challenge, and to receive a full version of the white paper upon which this blog entry is based, please contact us at Alexia.Ash@ihsmarkit.com.