Policies underpin the growth of biofuels demand. Biofuel supporting policies have tended to take the shape of mandates that require certain biofuel blends or targets, and initiatives, such as the Low Carbon Fuel Standard (LCFS), which requires a reduction in the carbon intensity (CI) of transportation fuels over time.

The LCFS is spreading as the preferred policy framework in key biofuel markets largely because of its emphasis on CIs, which is intended to be technology neutral. The LCFS and similar programs are currently in force in California, Oregon (Clean Fuels Program), British Columbia, and Brazil (RenovaBio). Additional LCFS programs are expected to be implemented in Canada and Washington.

By the end of 2023, the entire west coast of the United States and all of Canada are expected to have LCFS in place. LCFS in these jurisdictions will affect around slightly more than 2 million barrels per day (b/d) of gasoline and 900 thousand b/d of diesel based on 2019 demand, which is when S&P Global expects demand for those fuels to have peaked in North America.

Several additional states have announced proposals for LCFS to varying degrees. In April 2022, Michigan released its "Michigan Healthy Climate Plan," which included a recommendation to create a LCFS in the state. LCFS again failed to pass in New York during the most recent legislative session as opponents argued for more aggressive measures to achieve decarbonization. S&P Global expects lawmakers in New York to make another attempt next year. On the other side of the Atlantic, proposals for a revised Renewable Energy Directive (RED) II that were introduced in July 2021 as part of the "Fit for 55" legislative package included a shift in focus from consumption targets to greenhouse gas (GHG) intensity reduction targets.

More stringent LCFS targets are expected to be set in a few key jurisdictions, namely California, Oregon, and British Columbia. Under its rule making process, California is currently considering changing the CI reduction requirement of 20% by 2030 (compared to a 2010 baseline). California is often regarded as a successful standard setter by other LCFS jurisdictions, so the state's decisions will have impact beyond its borders. In their comments, stakeholders have largely spoken out in favor of more stringent targets primarily out of concern for recent drop in LCFS credit prices.

In May 2022, British Columbia filed legislation that expands coverage of its LCFS to include maritime and aviation fuels, and additional credit generating activities. 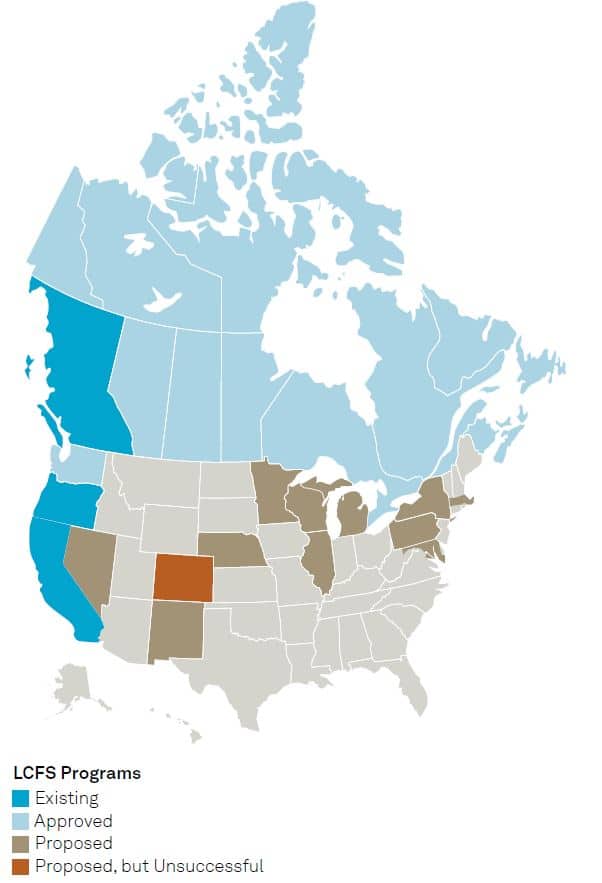 For more detail on the trends dominating the biofuel markets in 2022 and beyond, including both drivers and challenegs to growth, download the whitepaper: Top Biofuels Market Trends in 2022 and Beyond.

Whitepaper: Top Biofuels Market Trends in 2022 and Beyond