PMI survey data reveal how the UK's manufacturers have underperformed their peers in the eurozone to the greatest extent for over two decades so far this year, coinciding with the end of the Brexit transition period.

UK suppliers of components to other firms in particular have seen only a marginal increase in export sales, suggesting the UK is largely missing out on the recent surge in demand for inputs from the world's factories. The eurozone, in contrast, has meanwhile seen record export growth of components.

While larger firms have enjoyed rising overseas sales on the back of the fastest global manufacturing expansion for a decade, small UK firms have seen an overall drop in export sales so far this year to indicate an unprecedented underperformance by small firms compared to larger companies.

UK manufacturers reported a slowing in the rate of expansion in June, linked in many cases to a marked waning in growth of new export orders. According to IHS Markit's PMI data, new orders for exports of goods flowing out of the UK has now slowed below that of all other major European peers. 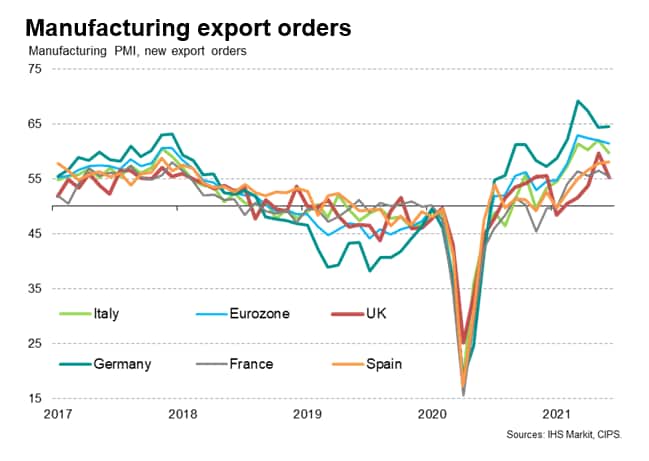 While the UK's new export orders index fell from 59.7 in May to 55.2 in June, the equivalent index for the eurozone registered 61.4, easing only marginally from 62.0 in May. This 6.2 index point gap between the UK and eurozone PMI new export orders indices points to a substantial underperformance of UK exports relative to the eurozone in June, albeit with even stronger underperformances seen earlier this year.

Looking at the first six months of 2021, since the end of the Brexit transition period (when the UK left the European Union's single market and customs union), the average underperformance of UK goods exporters compared to the eurozone has been the highest since 2000. 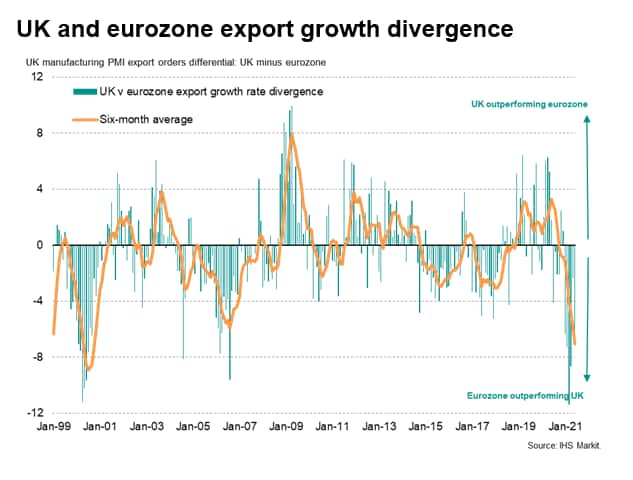 The survey data also reveal how it is suppliers of components to other companies that have suffered the most in terms of underperforming export growth in 2021 so far. The UK PMI new export orders index for these suppliers of 'intermediate' goods has averaged just 50.5 so far this year compared to an average of 53.2 for producers of all goods. The comparable index for exporters of intermediate goods based in the eurozone has meanwhile averaged 60.4 in the first six months of 2021, its highest ever reading.

This suggests that, at a time when the global manufacturing economy has been growing at its fastest rate for a decade, and likewise sucking up components at the sharpest rate for a decade, UK component exporters have seen only a marginal expansion of export sales while their peers in the eurozone have enjoyed record growth. This is itself an underperformance by UK suppliers of a degree never previously seen in at least 20 years of survey history. 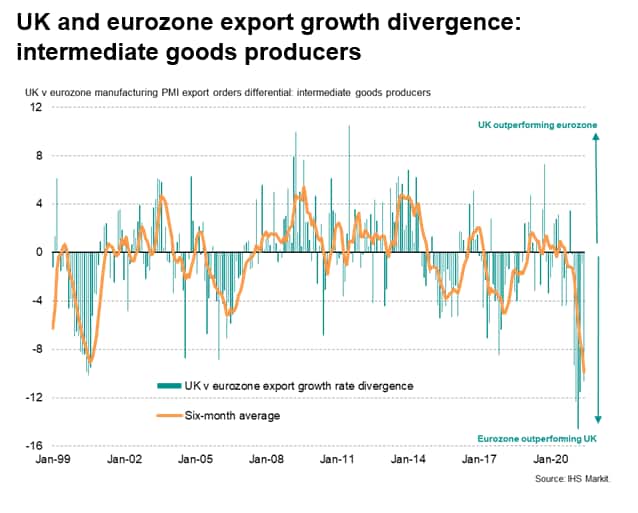 There has been an interesting disparity according to firm size data. Larger UK firms have managed to build strong export growth over the past six months, benefitting from the surge in global demand as economies around the world open up from COVID-19 related restrictions. Smaller firms, in contrast, have struggled to export. The average new export orders index for small firms (with less than 50 employees) has averaged just 49.0 so far in 2021, signalling an overall decline in exports. The index for large UK firms (with over 250 employees) has meanwhile averaged 62.3. This divergence is very unusual: prior to the 2016 EU referendum, these indices averaged 49.5 and 51.2 respectively.

The resulting gap between the performance of large and small firms is by far the widest on record since comparable data were first available over 25 years ago. 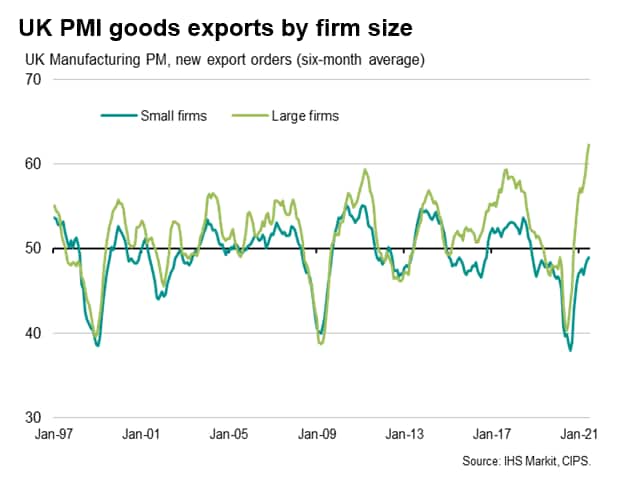 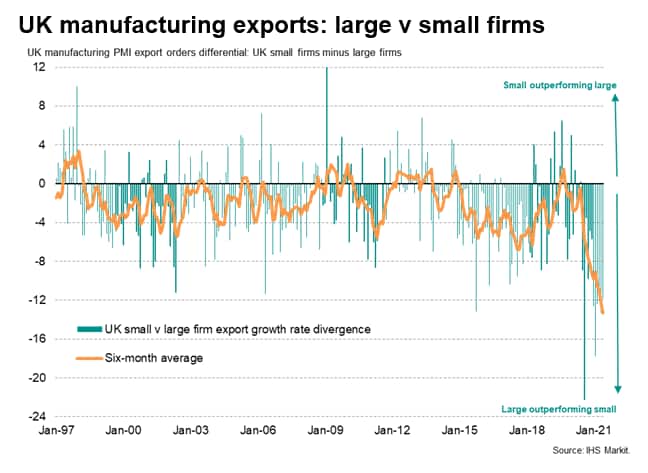 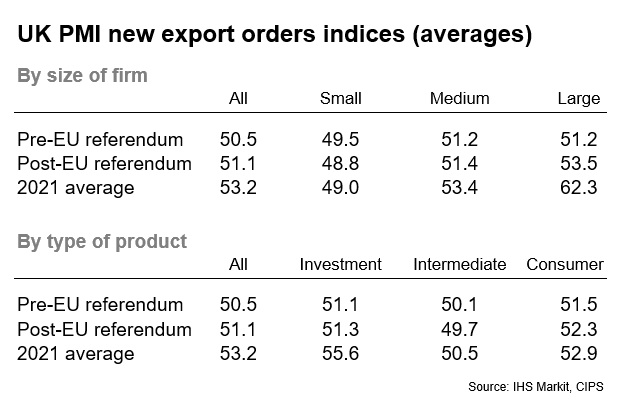