IHS Markit's PMI business surveys showed the economic recovery gaining momentum in May as output growth accelerated to the fastest for 15 years. The expansion was driven by the largest surge in demand for goods and services recorded by the survey since 2006. However, the survey also hinted at employment growth being curbed by short-term difficulties in filling job vacancies, which helped cause global employment growth to slow.

With policymakers concerned that the recent marked rise in industrial prices could spill over to higher wage growth, such staff shortages are a concern as they can improve employees' wage bargaining power, and as such will need to be monitored carefully in the coming months, especially in the US where the signs of labour shortages are most widespread.

Although growth of new orders accelerated globally in May to reach the highest since 2006, employment growth slowed marginally compared to April's 14-year peak. This divergence meant global employment growth lagged demand growth to the greatest extent since 2010.

While the scale of the divergence itself is therefore not unprecedented, with a similar discrepancy seen in the immediate recovery from the global financial crisis recession, the slowing of jobs growth while new orders are accelerating is unusual in this context, notably given the speed with which demand is currently growing.

The US not only saw jobs growth lag demand to the greatest extent of all major economies, but the divergence was also the greatest recorded since data were first available in 2009. 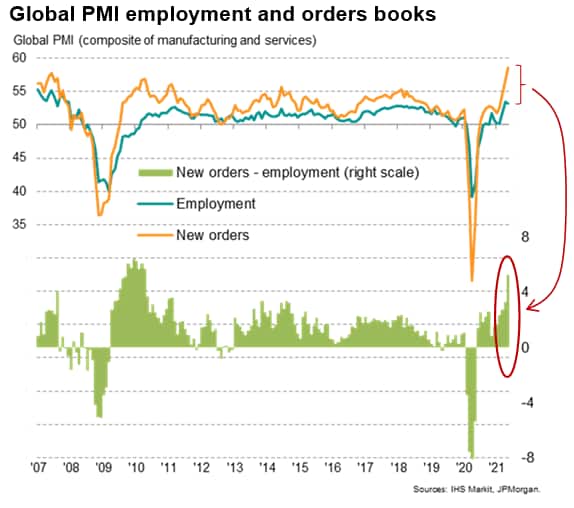 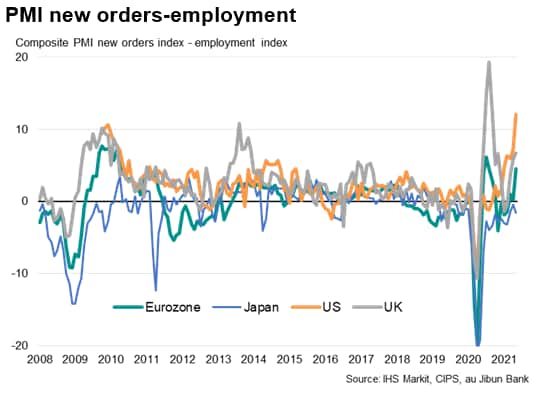 Analysis of the anecdotal evidence provided by responding companies showed a rising incidence of firms struggling to fill vacancies, notably in the US but also in the UK.

The lack of available labour seems counterintuitive, given the unprecedented drop in global employment seen at the height of the COVID-19 pandemic. However, hiring problems potentially reflect short-term difficulties in finding suitable staff to fill positions given factors such as virus-related travel restrictions and concerns over potential infection in jobs requiring face-to-face contact.

In this light, it is therefore perhaps not surprising to see that the apparent shortage of labour is greatest for the tourism & recreation sector globally, and by some margin especially as this sector was the second-fastest growing part of the global economy in May, beaten only by real estate.

However, labour shortfalls were not confined to services, with auto makers and chemical producers among the worst-affected sectors gauged by the divergence between employment and order book growth.

In fact, over the past year, it is the manufacturing sector that has reported the largest shortfall of hiring relative to demand than services, though it is the latter which is now seeing the highest incidence of such problems as the global economic recovery broadens out from manufacturing to services. Global PMI data showed services growth overtaking that of manufacturing in April and May as Covid-19 lockdown measures eased. 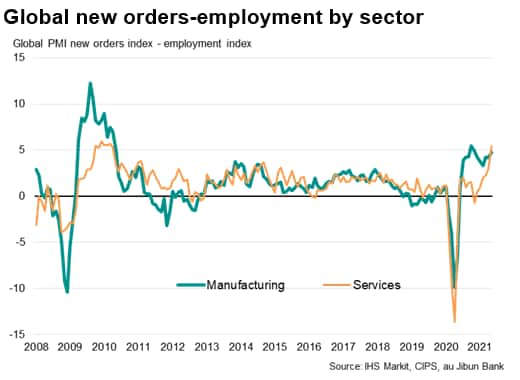 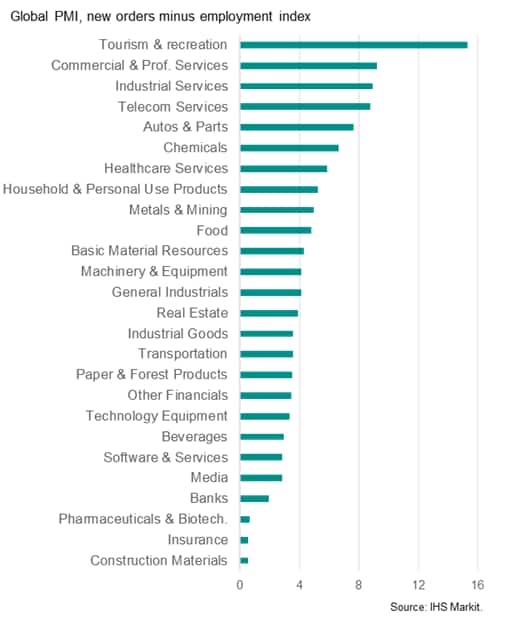 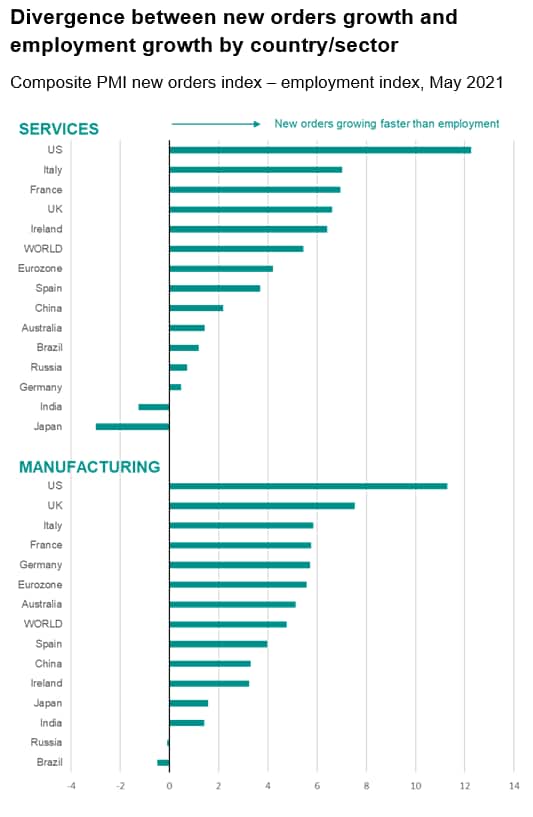 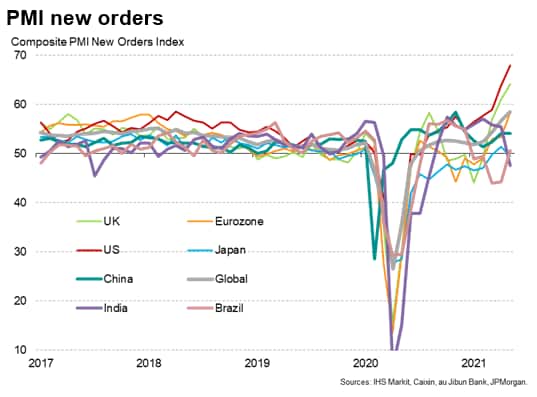 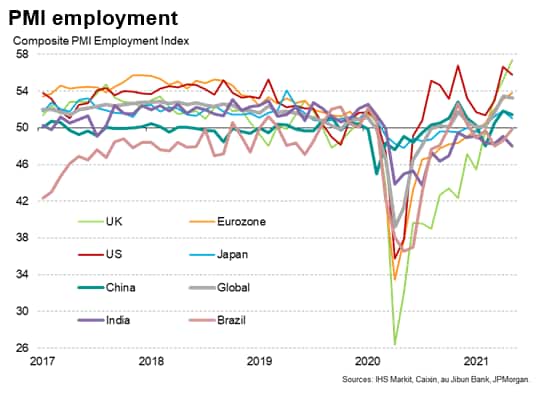