In less than two months since its operation, PipeChina has implemented third-party access (TPA) to its assets. The first-batch third-party registration opened between 10 and 20 October, during which PipeChina reportedly received applications from over 1,000 entities. Through November, TPA has been granted at least twice on the West East Pipeline system and three times on LNG terminals—the Yuedong, Shenzhen Diefu, and Hainan LNG terminals. A contributing reason that TPA is still limited is that PipeChina's short-term focus is on maintaining a smooth transition and avoiding supply disruption, now that the winter heating season is here. In fact, keeping some spare capacity for emergency use is coming handy to receive cargoes originally intended for the Beihai LNG terminal which has suspended operation due to a fire accident in early November. 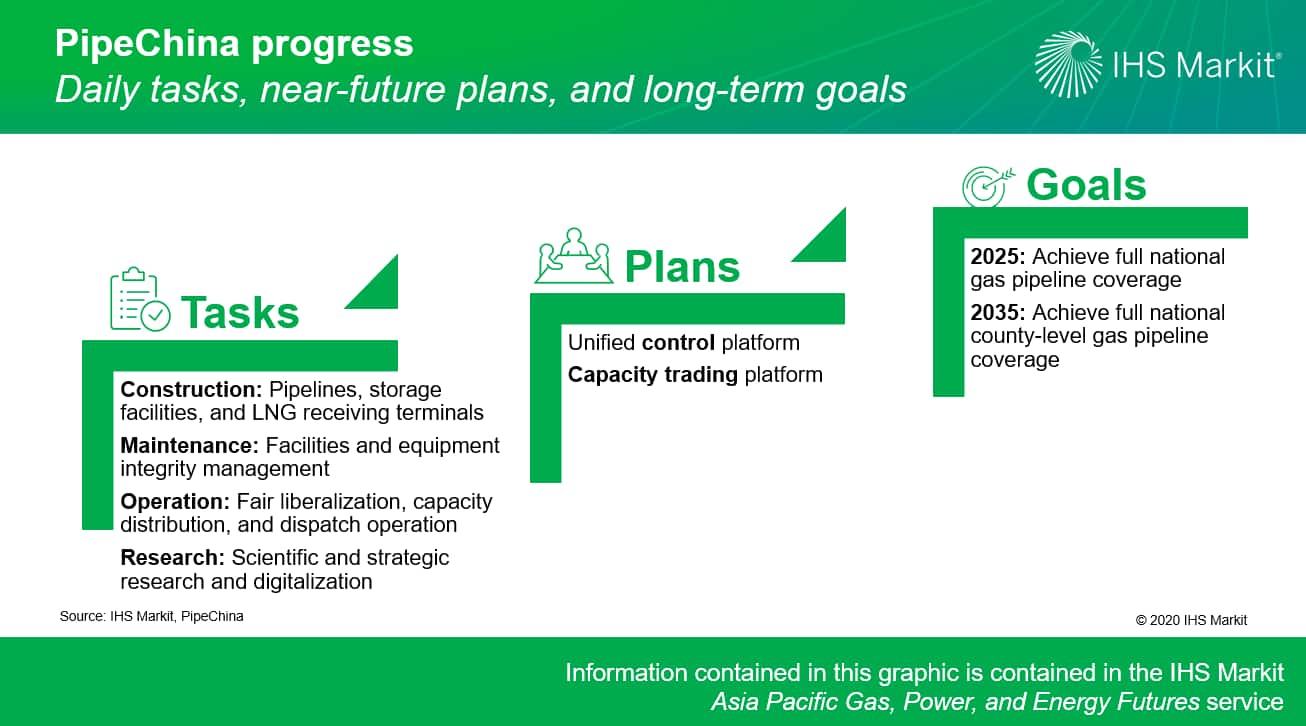 In the short term, PipeChina is taking over the tasks of continuing midstream construction, maintenance, operation, and research. As TPA implementation improves, there will be new business opportunities for market participants. In fact, PipeChina plans to establish a unified control platform and a capacity trading platform to accommodate more TPA, although no details are available yet. The company's long-term goal is to achieve full national gas grid coverage by 2025 and full grid coverage down to the county level by 2035.

Learn more about our coverage of the Greater China energy market through our Asia Pacific Regional Integrated service.

Jenny Yang is a Senior Director, Energy Research and Analysis at IHS Markit.