Outlook for Global Trade in 2020 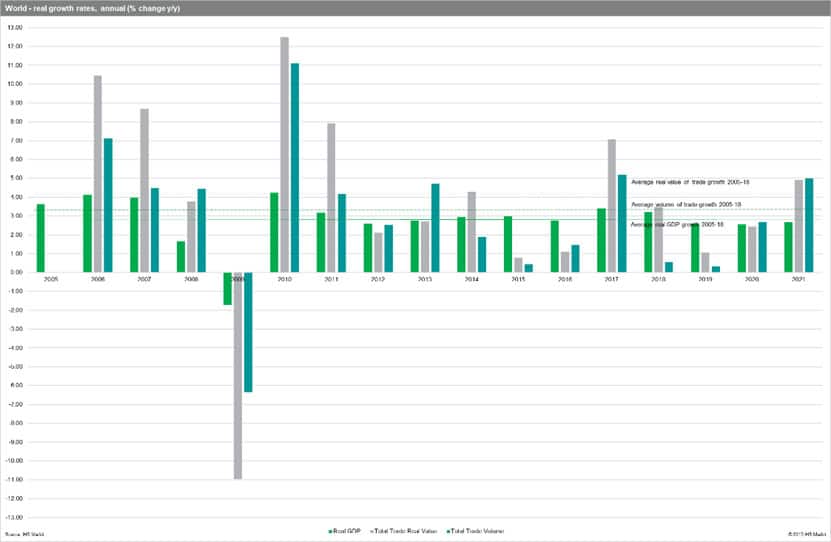 World merchandise trade volume is forecasted to grow 2.7% in 2020, and to grow by 5.0% in 2021. Trade volumes increased only by 0.6% in 2018 and 0.3% in 2019 reaching 13.758 bn tons and 13.804 bn tons respectively. Weaker trade performance in 2018 - 2019 reflected several factors: global trade tensions due to an increase in protectionism, significantly weaker global economic growth and higher levels of uncertainty in general.

Despite sluggish global growth prospects, our models in Global Trade Atlas (GTA) Forecasting point to an increase in the real value of global trade both in 2020 and 2021 to respectively 18870.58 and 19794.77 USD billion. This translates into an increase of 38% in 2020 in comparison to 2010. The growth rates in the real value of world merchandise trade (year-on-year) are expected to be higher in 2020 in comparison to sluggish 2019. The forecasts for 2021 are even more optimistic (the growth rate expected to exceed the CAGR for 2005-18). 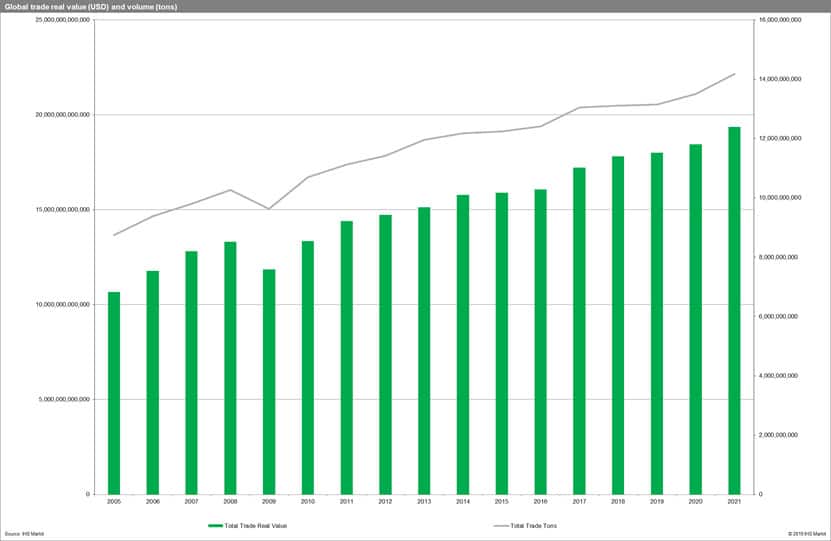 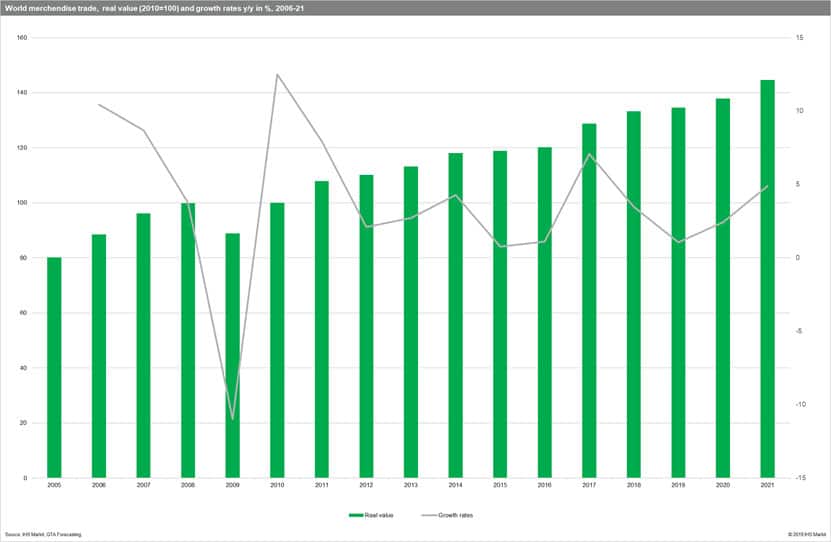 The volume of world merchandise trade is forecasted to go up by 2.7% in 2020 and 5.0% in 2021 to respectively 14175.8 and 14881.3 billion metric tons thus increasing demand for transport services. The growth rate in trade volume expected to exceed the CAGR for 2005-18 in 2021. The overall volume of world merchandise trade shows a clear upward trend over the period 2005 - 21 with 2009 as an exception followed by a quick recovery in the following years. The volume of world merchandise trade is changing, however, quite significantly by region. The following table shows the developments in trade volume in more detail. We forecast the highest growth rates in 2020 for South and North America - by 2.4 and 2.3% respectively. The lowest for Africa - only 0.3%. The prospects are much better for 2021 apart from Africa where the increase in trade volume is likely to mimic that of 2020.

We must acknowledge several key factors that can affect our global as well as regional forecast: