OPEC shipped 19.5 million barrels per day so far in July

OPEC together with other members of the Vienna Alliance decided that current production cuts of 9.7 million barrels per day (b/d) will remain in place through to the end of July but will be reduced by two million b/d to 7.7 million b/d from August onwards. There are still questions to be answered as the exact timeframe for each country hasn't been shared. But recent data by IHS Markit Commodities at Sea suggests that some countries have already started implementing this change in their exports. Countries like Iraq and Nigeria seem to be still keeping their promises, with their exports so far in July dropping even lower than June's levels, probably to make up for their lack of compliance earlier this year. Meanwhile, Saudi Arabia, Kuwait and the UAE have been exporting more than a month ago. Saudi Arabian exports are approaching volumes shipped on average during the first quarter of 2020, but still remaining much lower than April's record levels. Shipments during the first three weeks of July stand close to 6.5 million b/d, almost a third up since June. 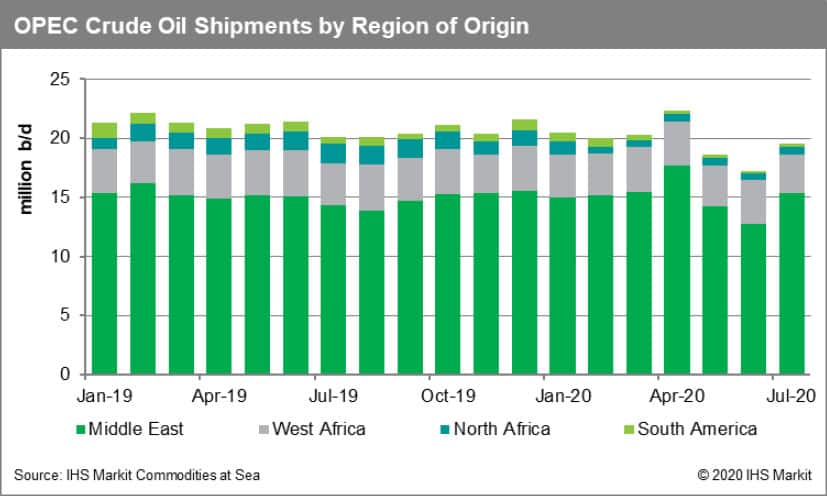 China, India, Japan and South Korea continue to heavily rely on flows from OPEC members, but market shares of Russia and countries not participating in the Vienna Alliance, such as USA, Brazil and Norway cannot be ignored.

OPEC crude oil shipments in Q2 2020 by Origin and Destination 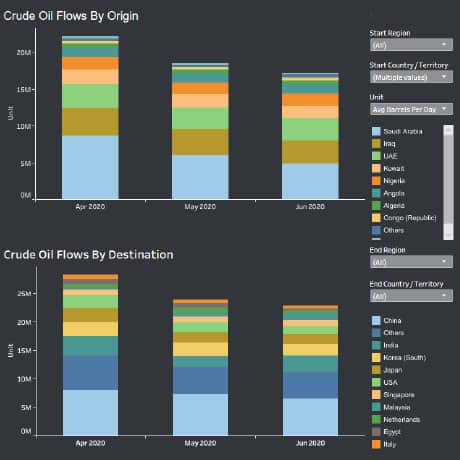 Focusing on volumes shipped from the the Middle East, Iran remains extremely low, having dropped below 100,000 b/d on average so far in July. Iraq made a great effort, with its shipments dropping to 3.17 million b/d in June. Exports in July are only marginally up, with volumes so far standing at 3.21 million b/d. OPEC+ compliance improved significantly in June, which has boosted confidence in the effort. Saudi Arabia praised Iraq and Nigeria for their compliance. Shipments of Nigeria have been significantly down in early July, which is heavily related to production in late June. 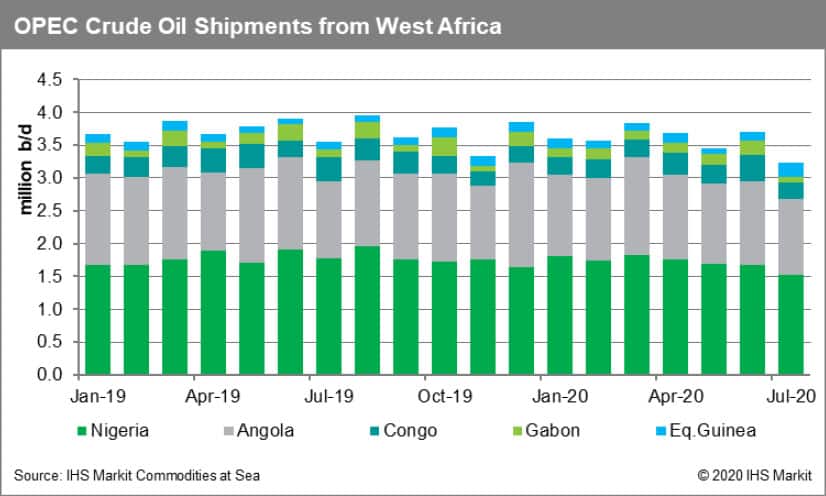 Any optimism established in June that Libya could start producing and exporting more has been already replaced by concern as there has been no improvement to report with shipments still remaining low. Venezuelan shipments are marginally up, but still below 300,000 b/d. 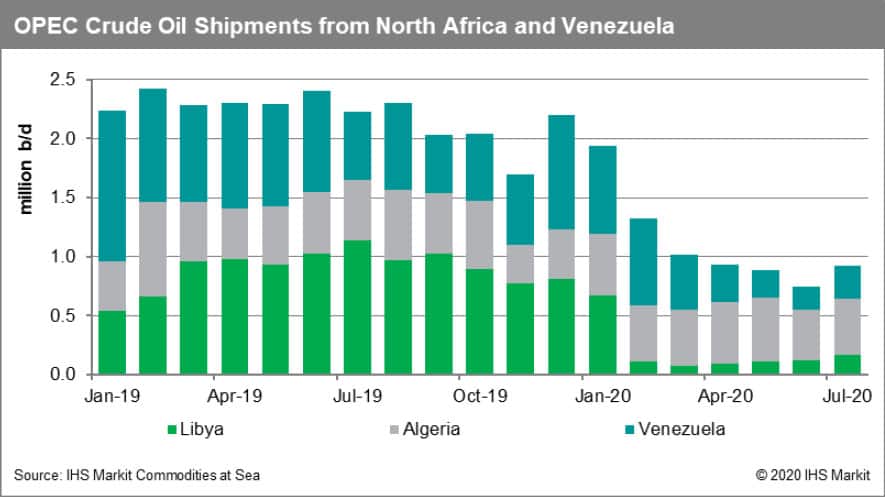 After announcing that the Vienna Alliance would reduce their production cuts from next month, prices have remained rather steady. The impact on the fragile demand/supply balance has been limited, but Saudi Arabia still believes there is work to be done. Crown prince Abdulaziz bin Salman commented that production cuts could last through to the beginning of 2022.

Volumes shipped from OPEC (Consolidated) and its top five exporters