The rally in US investment grade bond spreads appears to have stalled following the breakdown of the US/China trade negotiations announced in early May.

As shown in figure one, the average option adjusted spreads (OAS) for constituent data from the IHS Markit iBoxx USD Investment Grade Index hit their widest point in years on January 4, 2019, but then began to contract and continued to rally through the end of April 2019. 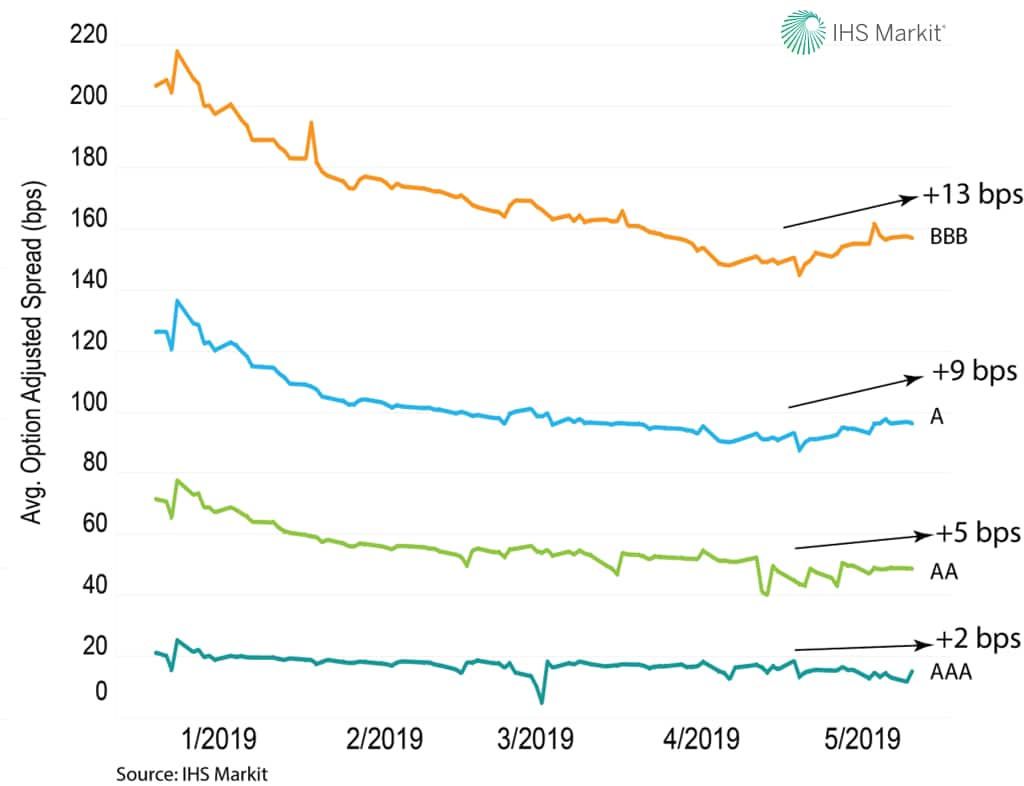 However, as seen in figure 2 below, the month of May has seen the most prolonged period of widening since the significant global equity and credit markets sell-off that began in October 2018: 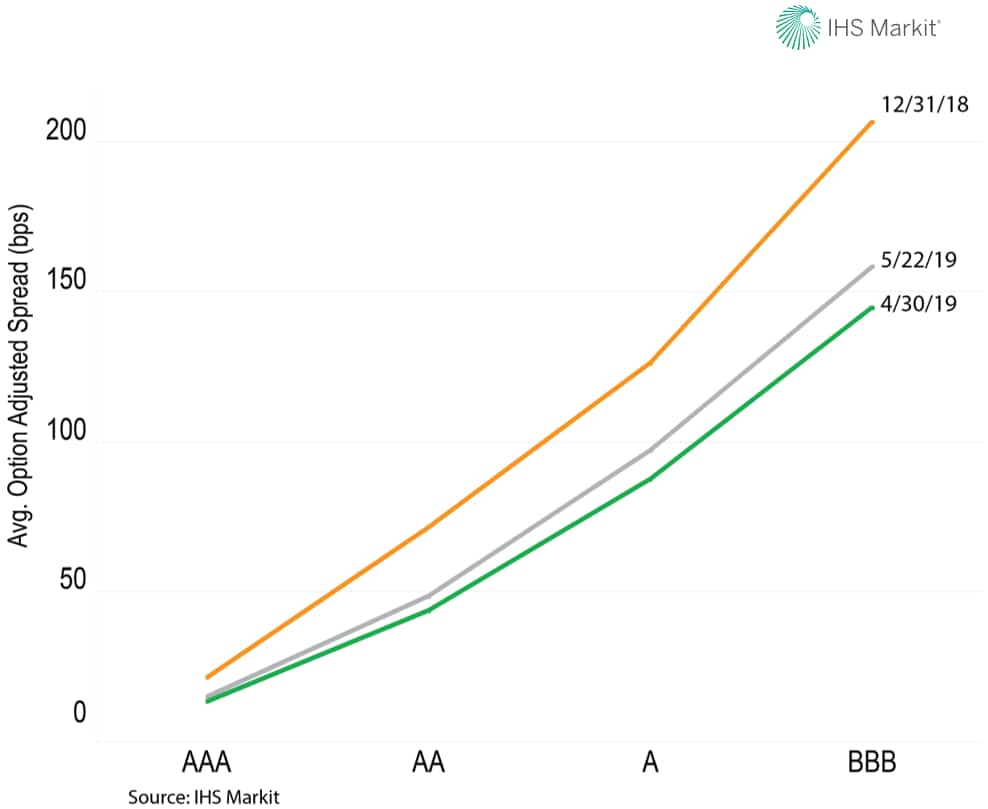