The IHS Unconventional Energy Blog will provide a brief weekly extract from the client program, Oil: The Great Deflation, a comprehensive view on the impacts of lower oil prices.

The recent plunge in oil prices represents the start of a new deflationary cycle for the global crude oil business, a phenomenon triggered primarily by the remarkable increase in U.S. tight oil output and which will continue until investment in American production eventually decelerates.

In a presentation delivered this week entitled "The Great Oil Deflation: A New Framework for the Oil Industry," IHS Managing Director Roger Diwan explained the factors causing the drop in crude prices and described the events that will lead to an eventual stabilization in the supply and balance.

The deflation represents the latest phase of a super cycle in the oil market that began in 2000 with a boom in demand and a bottleneck in supply, and which continued with periods of exploration and resource development. This culminated with an explosion in supply, led by U.S. unconventionals-but also fueled by long-term investments in conventional assers in other areas, including Canada, Brazil and the Gulf of Mexico.

Combined with a drop in demand, the market reached a tipping point in 2014, resulting in the major price plunge.

The decision by the Organization of the Petroleum Exporting Countries (OPEC) in November to not curtail production was not the cause of the drop, but rather accelerated the pace of the decline. However, by taking the unprecedented step of relinquishing its role of market balancer, OPEC effectively turned market management over to Wall Street . The result has been price volatility, with no consensus on what the market floor should be.

More recently, control over oil pricing now has begun to shift from Wall Street to the capital markets. Because of the rapid pace at which investments translate into production in the United States, the global market price is likely to bottom out only when the level of capital expenditures for U.S. oil drilling show signs of slowing.

But with nearly half of new U.S. oil production still economical at prices below $60 as of 2014 levels-and with the huge momentum behind American oil production investment-this capital deceleration will not happen immediately. 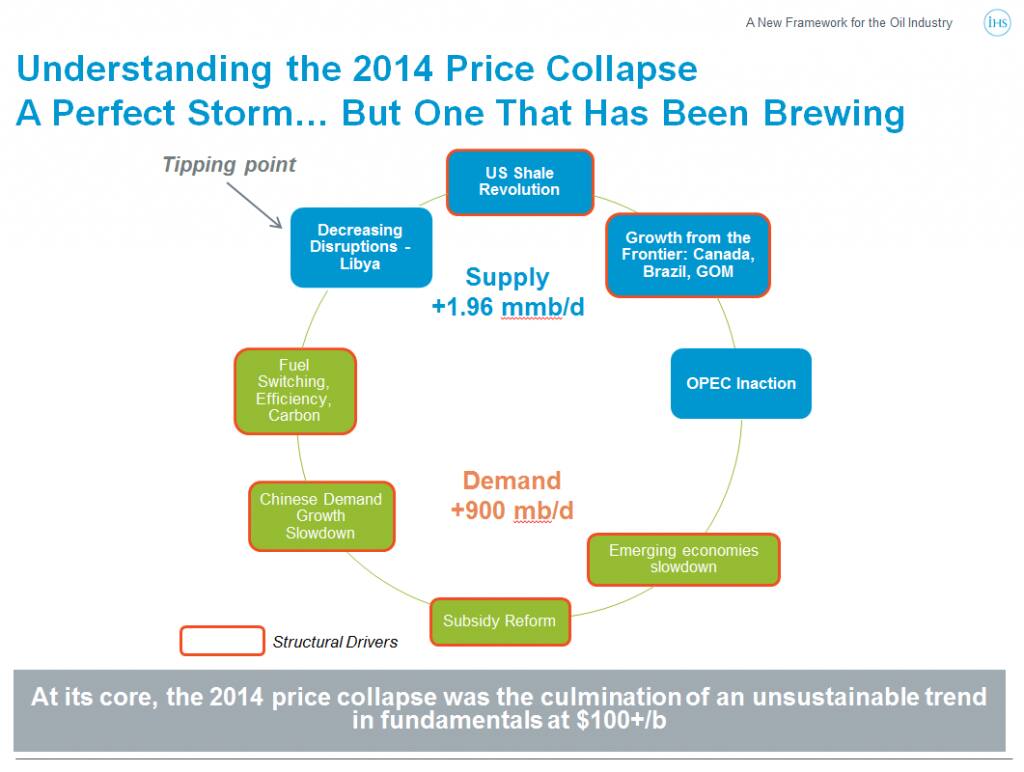 RT @spencercwelch: Weekly US #oil data bellwether judge of global oil market, and it is working: US production falling as global US oil dem…

The COVID-19 pandemic and #oilprice drop have brought more light to the intersection of #financialmarkets and the… https://t.co/54MdzsCgwU

RT @spencercwelch: Great to speak to @Joe_HAWA1 @CNBCArabia just now about #oil market latest. See my shock as Joe asked "could anything c…