The UK economy contracted sharply in April, according to official data, raising the possibility of GDP falling in the second quarter. The decline was in part linked to a steep drop in car production as factories temporarily closed after the original Brexit date of 31st March, but there is strong evidence of a wider malaise which has dampened growth more broadly. 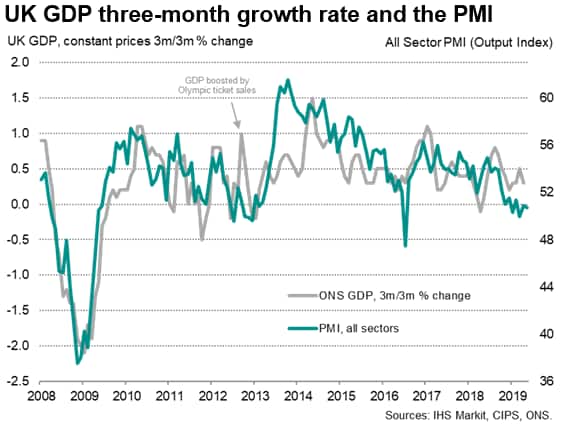 Official GDP data showed the economy contracted 0.4% in April, its largest decline since March 2016. After solid growth in the first two months of the year, which helped drive a 0.5% expansion of the economy in the first quarter, GDP has now fallen in each of the subsequent two months. Moreover, the scale of the drop in April raises the prospect of GDP growth disappointing in the second quarter, possibly even declining. 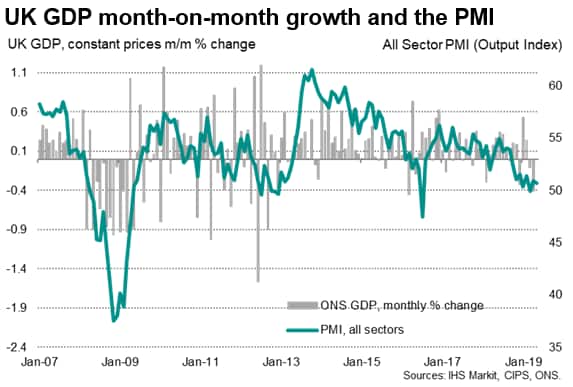 Much will depend on the car industry, which brought forward routine summer closures into April amid fears that the UK's schedule departure date from the EU of 31st March could have resulted in supply chain delays. Car output reportedly fell 24% in April, its largest decline on record. With car production restarting in May after the planned closures, much of the April weakness therefore looks temporary, suggesting some rebound from the 3.9% drop in total manufacturing output seen in April, which itself was the largest fall registered since June 2002. 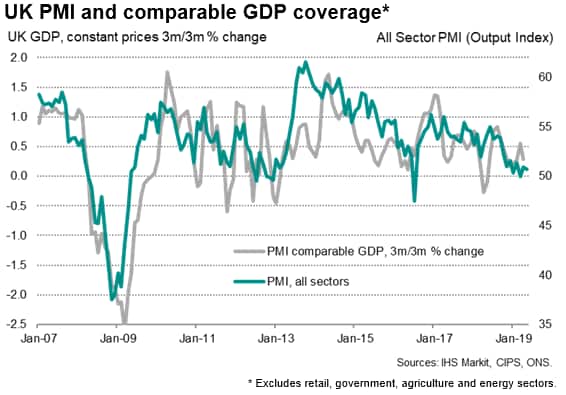 However, we would urge caution in assuming that the weakness in the economy was mainly due to the auto sector shutdowns.

First, the slowdown appears to have been much broader than the car sector. Within manufacturing, falling output was also seen in food & drink, machinery, clothing & textiles, chemical, pharmaceuticals, rubber & plastics, basic metals, computers & electronics, petroleum and 'other' manufacturing in April. 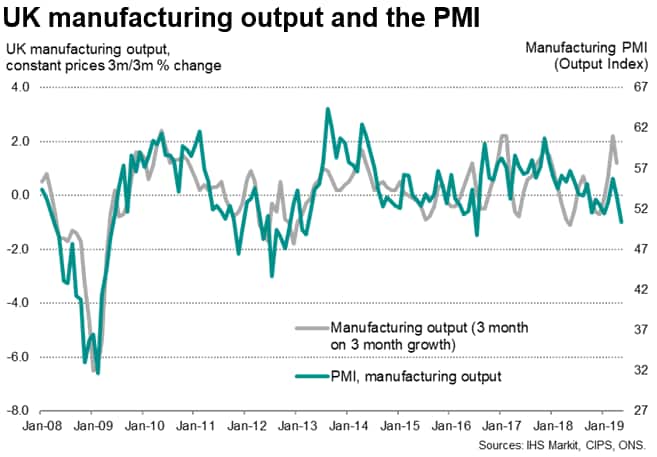 While some of these sectors could have seen output fall because of spill-overs from the car sector shutdown, the breadth of the decline is a warning light.

Similarly, construction output fell for a second successive month, down 0.4% in April after a 1.9% slump in March. Likewise, service sector output failed to grow in April after having fallen 0.1% in March. Within the service sector, business-to-business services growth has slowed sharply to stagnation since the start of the year when looking at the three-month growth trend, while financial services and transport & storage have both fallen into decline. 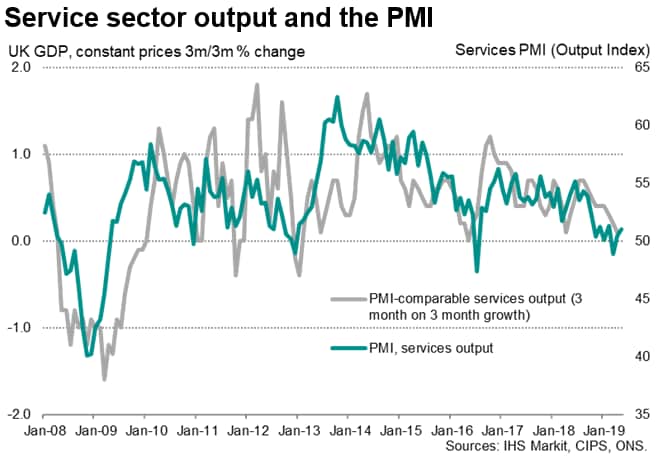 This broader slowdown tallies with the PMI surveys, which have collectively indicated a near-stalling of UK GDP growth in recent months, including up to May. As we have been stressing for several months, it would be highly unusual for the economy to not lose substantial momentum given the recent weakness of the PMI.

Underlying health of manufacturing is weaker than it looks

A second factor to consider besides the breadth of the weakness beyond autos is the extent to which stockpiling may have played a role in boosting growth earlier in the year. The official data indicated a 2.2% surge in manufacturing production in the first quarter, which PMI data indicated to have been a reflection of stockpiling ahead of the planned Brexit date of 31st March (and subsequently 12th April). The departure from the EU has now moved to 31st October. The survey evidence suggests that the stockpiling boost is now moving into reverse, revealing an underlying weakness of the goods producing sector that had been flattered in the first quarter. 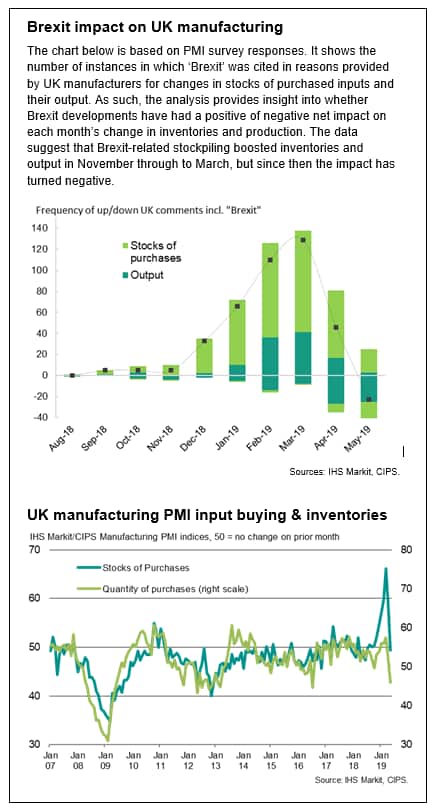 The underlying weakness of the UK's manufacturing sector likely reflects slower global growth: worldwide manufacturing PMI surveys pointed to stalling output as global exports fell for a ninth successive month in May. Manufacturing has moved into decline in the Eurozone, US and Japan.

However, the PMI surveys also revealed that some UK production has been lost due to trade diversion, as EU suppliers have re-routed supply chains from the UK to other EU countries.

Manufacturing is therefore clearly at risk of moving into decline in the second quarter, as the temporary boost to production in the first quarter shifts into reverse and the weakening of global demand takes an increased toll on the sector. 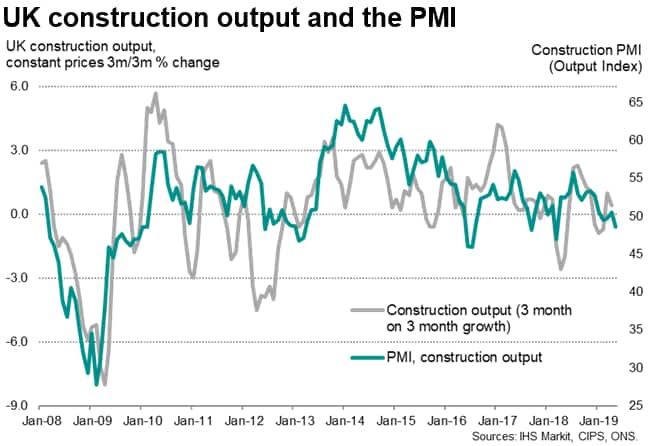 Given the 0.4% decline in output in April, GDP would need to rise 0.4% in both May and June to avoid a contraction in the second quarter, which looks a tall order given the underlying weakness of the forward-looking survey data and deteriorating global environment.