IHS Markit Climate and Sustainability is pleased to bring you the OECD Asia Power and Renewables Market Briefing covering the second quarter 2022 for Australia, Japan and South Korea. In this publication, we have added short-term power forecasts for Japan and South Korea until H1 2023.

Electricity demand continues to increase in all three markets during Q1 2022 despite of the continued increasein wholesale power prices. High fuel costs continue to apply upward pressure to thermal generation fees, with unplanned thermal outages and increased weather-related demand upticks lifting prices to over 170% y/y in Japan and Australia during Q2 2022. 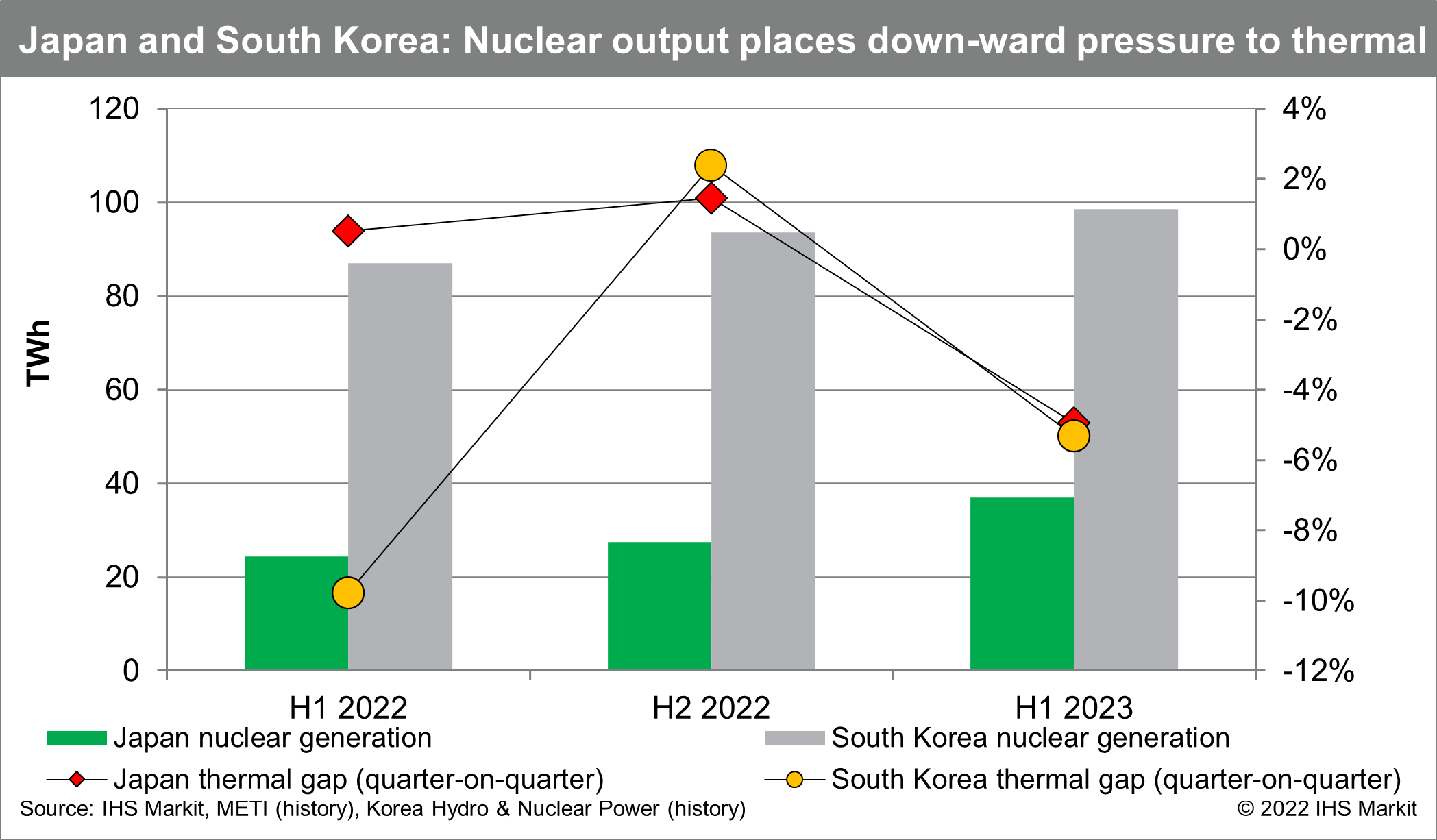 Our new short-term forecast indicate power demand will be modest in both Japan and South Korea. In Japan, higher nuclear output in H1 2023 will lead to a decrease in thermal power generation with coal taking the brunt of the decline. In South Korea, nuclear ouput is expected to increase consecutively with one new reactor coming online in 2023. The thermal gap will increase slightly during H2 2022 largely from higher out-put in coal-fired generation. However, higher nuclear capacity will again place down-ward pressure to the thermal gap in H1 2023.

As the the market faces new challenges, several new announcements and developments have been observed:

Learn more about our coverage of the Asia Pacific energy research through our Asia-Pacific Regional Integrated Service.