North Korea has made progress in late 2017 on its experimental light water reactor at Yongbyon. Allison Puccioni and Elliot Serbin demonstrate how multiple intelligence sources can produce a better understanding of the reactor's operations.

This is an extract from an article from Jane's Intelligence Review.

Gaps in intelligence are particularly pertinent to the country's Nuclear Scientific Research Center at Yongbyon, 75 km north of Pyongyang. This facility accounts for all of North Korea's known nuclear weapons material, but is rarely mentioned in North Korean propaganda and indeed may never have hosted an official visit by Supreme Leader Kim Jong-un or his father, Kim Jong-il.

Because of this dearth of open-source information, the Center for International Security and Cooperation (CISAC) at Stanford University, California, has conducted a multidimensional open-source project using non-conventional sources - reported for the first time by Jane's - to garner a better understanding of North Korea's nuclear energy and weapons development under way at Yongbyon. 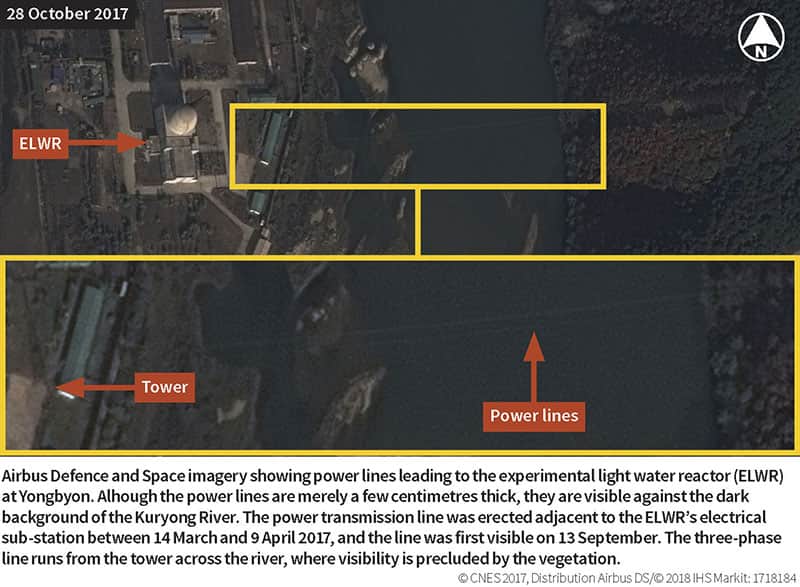 Allison Puccioni is an affiliate of CISAC at Stanford University, California, founder of the imagery consultancy Armillary Services LLC, and freelance satellite imagery analyst for Jane's by IHS Markit.

Elliot Serbin is a research assistant for Professor Siegfried Hecker at CISAC.