North American E&Ps: Dispelling debt bubble fears-an issue for a few, but not the many

During the oil boom, upstream companies financed rocketing production growth and sizable cash flow deficits with cheap money during a low interest rate environment. Who would not? Debt ballooned to unprecedented levels, and as oil prices collapsed, as many as 160 North American upstream companies declared bankruptcy or commenced strategic reviews.

As we emerge from the rubble of the 2014 oil price collapse, there remains a significant amount of debt on North American upstream oil and gas company balance sheets, raising investor concerns that companies might not be able to sustain capital spending and production growth. This report, utilizing IHS Markit fixed-income data, dispels the notion that serious debt issues are broad based. Instead, we believe that relatively few companies on our IHS Markit North American E&P coverage list are at high risk.

Analyzing Yield to maturity (YTM) between 2014 and 2017 show no cause for concern for 80% of the companies in the North American peer group; indeed, for a select group of companies, yields on bonds have declined. We divided the companies in this report into 4 distinct groups.

The first group's average YTM increased from 6.5% to 18.5%, as investors recalibrated the price of risk for these troubled companies in a softer commodity environment. Companies in this group might find it difficult to access the debt market at reasonable yields.

Group 2 had a moderate increase in average YTM of 1 to 3 percentage points between 2014 and 2017. The average YTM for this group changed from 5.1% to 7.2%. The YTM change is manageable and does not represent considerable risk.

The third group had a minimal increase in average YTM of 1 percentage point or less between 2014 and 2017. These are well-established, large-cap companies with the balance sheet strength and operational depth to withstand weak commodity prices.

Group 4, surprisingly, had a decrease in average YTM of 1.5 percentage points on average between 2014 and 2017. Permian companies constitute the majority of this group along with well-established Marcellus companies. The Permian has emerged as the prime shale play in North America, offering multiple target formations, low costs, and steep growth prospects.

Anticipating rate increases by refinancing early: Many companies, were proactive, refinancing debt and pushing maturity dates further out- beyond five years. This was obviously prudent-not only because of weaker commodity prices, but also because the era of cheap money and low interest rates is expected to end. Collectively, the Large, Mid-sized, and Small E&P peer groups reduced principal debt due in the rolling five years by nearly 20%, from $80 billion in 2015 to $65 billion in 2016. 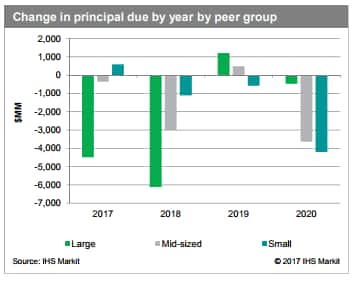 Figure 1: Change in principal due by year by peer group 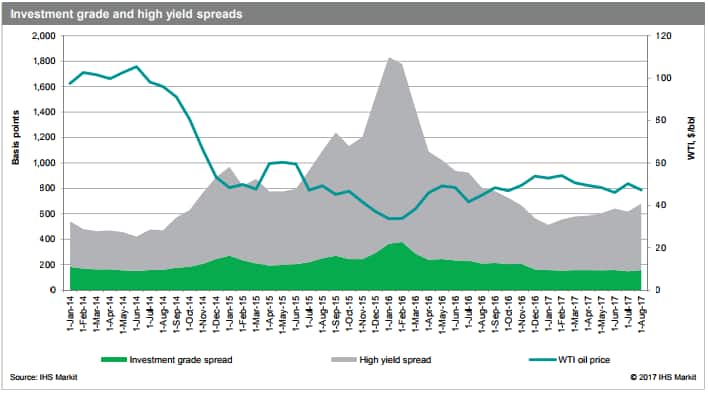 Learn more about our offerings within companies & transactions research.

Sea Cargo Charter's 1st annual report is out - what does this mean for #shipping? Read more in our #netzero article… https://t.co/qjBmWLE3po