One of Nigeria's largest crude oil trade partners, Spain has been importing more since the massive drop experienced in May flows, when volumes fell to a ten-year low. Imports surpassed 1.1 million b/d in August but fell to 960,000 b/d in September. Activity has been strong so far in October, with imports reaching 1.2 million b/d.

Nigeria has been finalising deals with more trade partners. A Vietnamese refiner recently purchased Nigerian crude oil for arrival in 2021, while more cargoes have been shipped to Oceania in late October.

For the first time after more than a decade, Nigeria is officially in recession. The local economy, which is heavily reliant on the country's crude oil exports, has been suffering the impact the COVID-19 pandemic has had on global oil demand. With oil prices having collapsed earlier this year and still remaining at historical low levels, the West African country has not been able to meet its budget plans. The situation has been rather severe for Nigeria, which has been selling its crude oil more or less at a loss so far this year. Nigeria's oil industry, the largest in the continent, accounts for about half of all government revenue.

Focusing on Nigerian National Petroleum Corp. (NNPC), the company has been operating joint ventures with oil majors, and is involved in almost all of Nigeria's crude pumped. Its role also involves supplying refined fuel to a population of more than 200 million people in the region. The corporation recently stated that the country's total crude oil and condensate production for 2019 stood at 2.01 million b/d, up 4.8% since 2018.

NNPC has faced high levels of debt in the last couple of years, but the company has disclosed that it has already paid more than USD three billion out of about USD 4.6 billion of negotiated joint venture oil production debt owed to international oil companies. This means that the outstanding debt now stands close to USD 1.58 billion. Companies that have been paid include Shell Petroleum Development Company (SPDC), Total Exploration and Production Nigeria (TEPNG), Mobil Producing Nigeria (MPN), Chevron Nigeria Limited (CNL) and Nigeria Agip Oil Company (NAOC).

Most of the Nigerian crude oil barrels have been shipped to destinations across North West Europe such as Spain, Netherland, France, Italy and Germany. Flows to the continent stood close to 900,000 b/d on average, while around 250,000 b/d have been shipped to Asian importers, primarily India.

Focusing on Nigeria's largest trade partners, crude oil imports to Spain have been recovering after the large drop experienced in May, when they fell to a ten-year low. Volumes imported have surpassed 1.1 million b/d in August but fell to 960,000 b/d in September. However, activity has been strong so far in October, imports are likely to reach 1.2 million b/d by the end of this month. Nigeria remained Spain's largest crude supplier for a third consecutive month in August. The West African shipments of crude oil to Spain stand at 280,000 b/d so far in October.

Elsewhere, Italy's Eni chartered the "Affinity V", an Aframax, to lift barrels of Nigeria's light sweet Abo to the Baltic in early November. This will be the first cargo of this grade to be shipped to the region in the last three years. Spain has been absorbing most of these barrels in recent months. Most cargoes have been heading for the Algeciras and Huelva refineries, controlled by Cepsa.

Among its Asian trade partners, it's interesting that Vietnam's state-run Binh Son Refinery recently purchased Nigerian crude oil for arrival in 2021. The deal refers to 7.4 million barrels of Nigerian Bonny Light for delivery over the first half of next year. The refiner last purchased Bonny Light in August for delivery in Q4 2020.

Nigeria has been shipping crude oil even to Oceania, with ExxonMobil considering a cargo to Australia. A Suezmax, the "Mare Picenum", will load the cargo in late October. ExxonMobil shipped two more cargoes from Nigeria to its Altona refinery in Melbourne last month.

Nigerian crude oil exports by grade shipped so far in 2020, in b/d 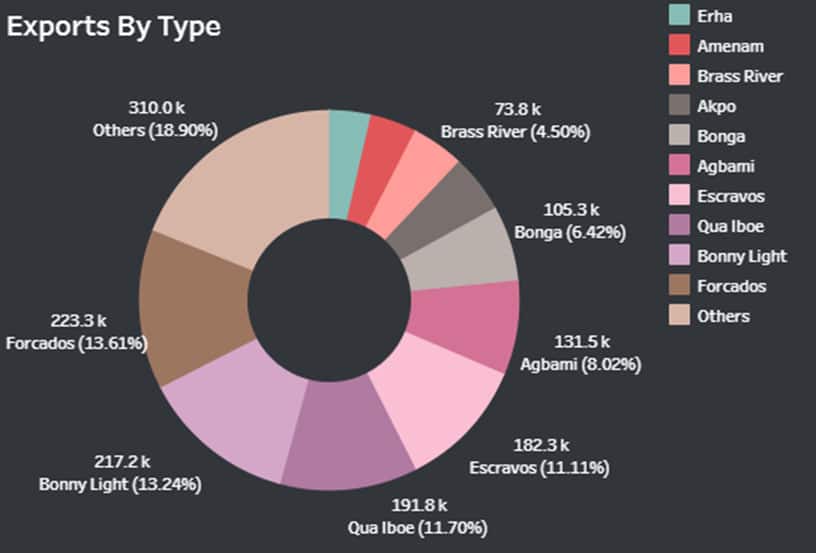 Nigeria's crude oil exports are expected to stand close to 1.7 million b/d in November and December, with six shipments of Qua Iboe scheduled for December, of 184,000 b/d in total. Scheduled loadings of very light sweet Agbami will remain unchanged at 127,000 b/d. Moreover, two cargoes of Erha (total of 61,000 b/d), one cargo of Usan and another one of Erha are scheduled for December. Loadings of Escravos, the medium sweet grade, will fall to 123,000 b/d in December, while shipments of Yoho will increase to 40,000 b/d. 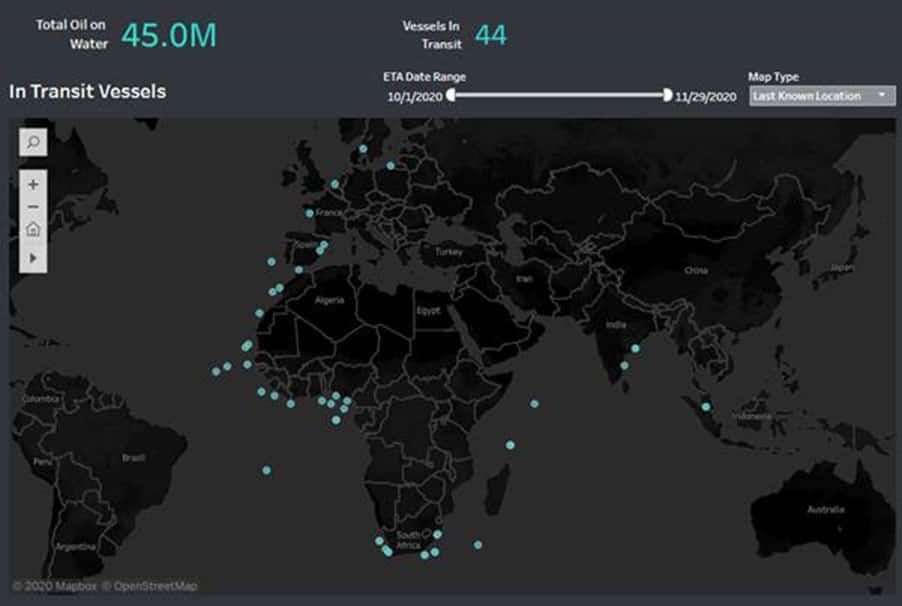