New renewable trading rules released in China: How to procure renewables in Guangdong and Zhejiang

On 22 June 2021, Guangdong kicked off its first round of renewable bilateral transactions. Specifically, 10,480 MWh was sold from four renewable developers to seven retailers and power users through the annual contracts at an average price of 18.78 yuan per MWh higher than the local coal-fired power on-grid tariff of 453 yuan per MWh. Such transactions largely stem from the demand from corporate buyers who have the decarbonization targets. This round of transactions was following the release of Guangdong's renewable transaction rules for the mid- to long-term power trading market in April 2021, namely Trial Rules of Guangdong Renewable Transaction.

A few months earlier, in November 2020, the Zhejiang Power Exchange Center, the provincial power trading platform, issued Zhejiang green power certificates to a textile corporation located in Ningbo that needs to meet the sustainability goal for its export products. This measure symbolized the first renewable transaction deal closed in Zhejiang. In this transaction, 20,000 MWh of wind power has been procured with a price premium to the coal benchmark price to reflect the green attributes. Following this successful trial transaction, on 16 June 2021, Zhejiang released the Notice to Start the 2021 Green Power Transaction Pilot, calling for more participation in green power transactions and encouraging developers to invest in storage facilities.

Although not identical, both provincial pilot renewable transaction rules were announced as part of implementation policies for the mandatory renewable portfolio standard (RPS) target fulfillment in each province. The provincial targets have been further allocated to the grid, retailers, and power users, and renewable direct power purchase (DPP) became one of the main mechanisms for fulfillment, which also enabled local power consumers to use clean power use to help meet their corporate-level climate goals, if any.

Before the allocation of RPS targets, renewable DPPs were mainly available in renewable-rich western and northern provinces where the renewable generation hours exceed the guaranteed procurement hours. In those provinces, price discounts are usually offered by renewable developers through a market mechanism, to help renewable integration and reduce curtailment. 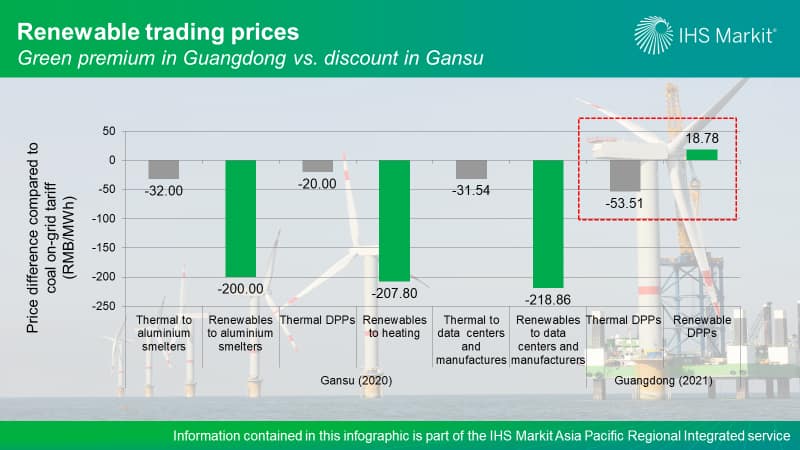 However, in the coastal region where renewables are fully procured by the grid at the coal-fired power benchmark tariff, developers do not have strong incentives for DPP transactions unless an extra green price premium is secured. The average price for Guangdong's 2021 renewable transaction is 18.78 yuan per MWh higher than the coal-fired power on-grid tariff and 70 yuan per MWh higher than 2021 thermal DPP prices.

At this stage, the renewable transactions in those coastal load centers will still be mainly driven by noneconomic incentives with three type of buyers, including corporations with the internal decarbonization targets or supply chain compliance requirement, industry buyers seeking to expand the production while constrained by the energy intensity targets, and power users who have gaps to meet RPS targets. 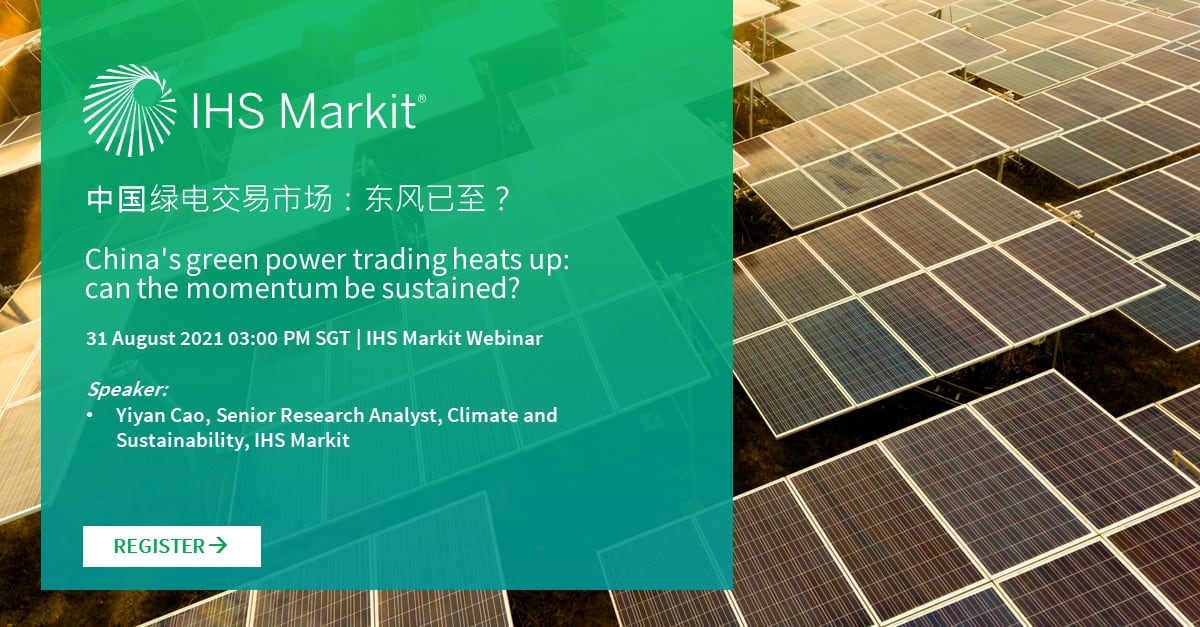