Municipal Bonds Focus on Illinois - May 2019

Municipal Bonds for Illinois have been downgraded 21 times by the three major ratings agencies since 2009, with the current ratings, according to IHS Markit's Price Viewer data, as follows:

The BondBuyer notes these key statistics that might contribute to Illinois being the state with the lowest credit rating in the United States:

However, throughout May 2019, the Senate and House have pushed through legislation that would effectively replace the state's current flat-tax structure with a graduated income tax. At the same time as this legislature has progressed through the Senate and the House, recent Municipal Bond Pricing data from IHS Markit shows spreads have been compressing.

Does this indicate the public's expectation that the reform will be approved on the November 2020 ballot?

"I think trade activity has reflected both newsworthy events," said IHS Markit strategist Edward Lee, "such as the Senate's passage of the graduated tax and the administration's decision to make the full $9 billion 2020 pension contribution."

Could this mean the tides are turning for Illinois?

Following is a view of May 28 spreads on Illinois GO bonds, as captured via Price Viewer. 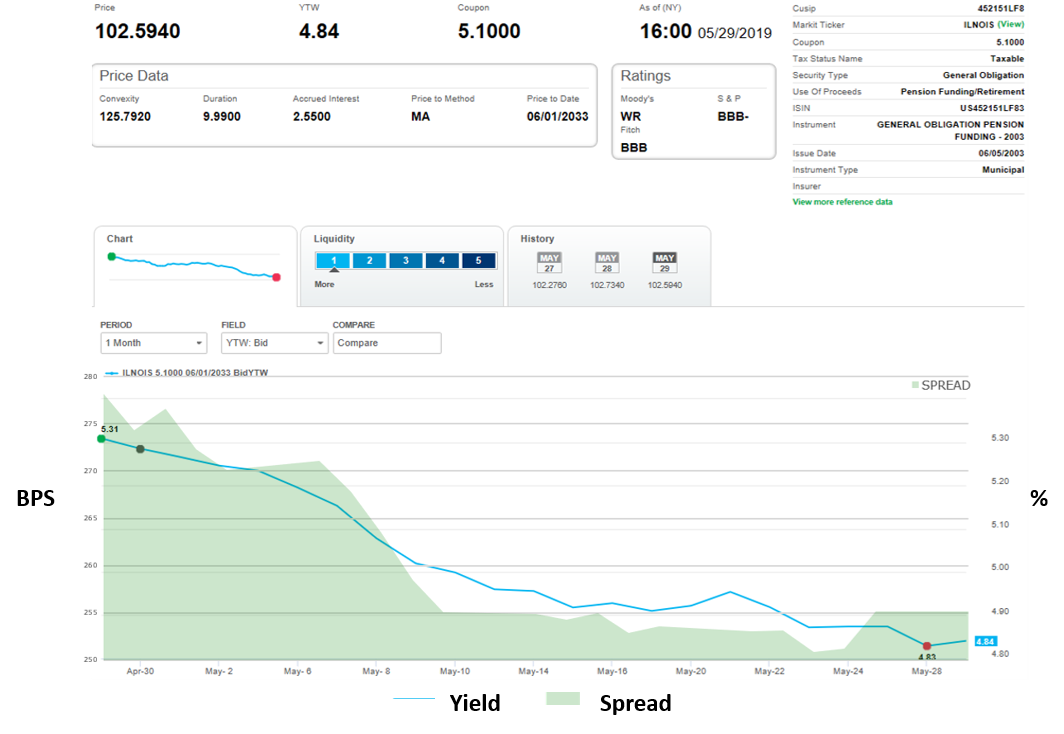 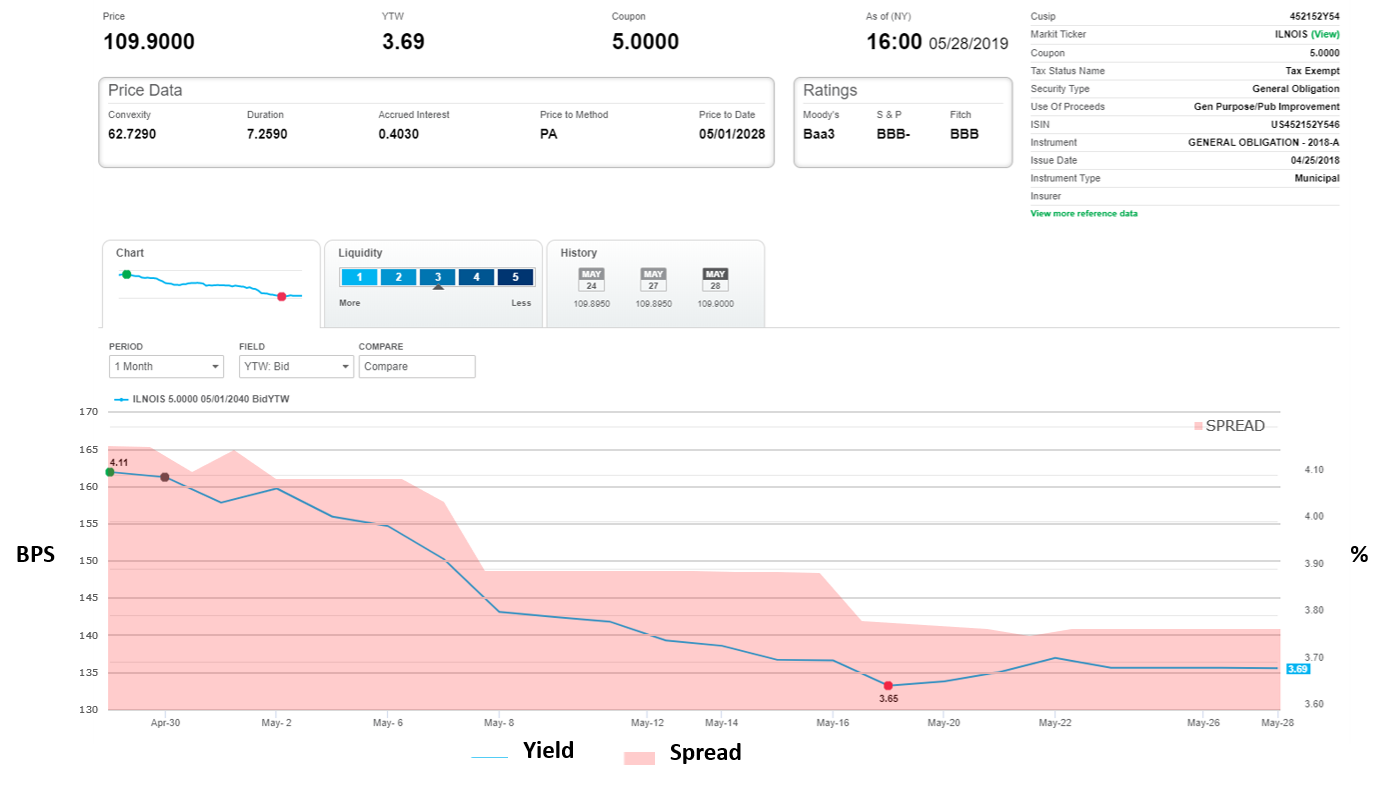 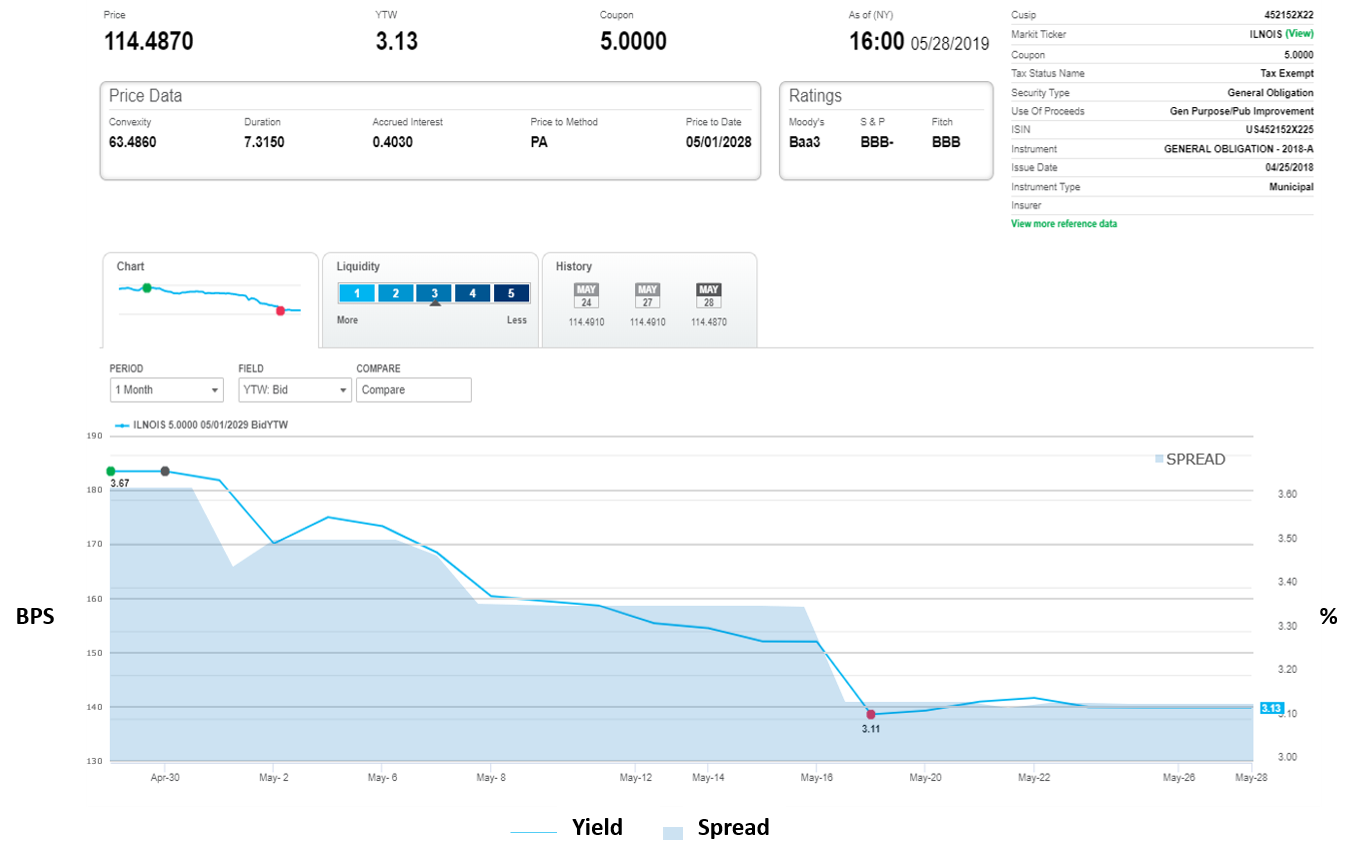 Learn more about our Municipal Bond Pricing Data and Services

This week the County of Los Angeles is set to release over $1.2BN in new #municipalbonds. View our #Muni Deal Calen… https://t.co/LhbHCwHYj3