In this month's blog we review a couple of instances wherein uncertainty in the outcome of litigation has led to a bumpy ride for some bondholders.

We focus on the following bonds 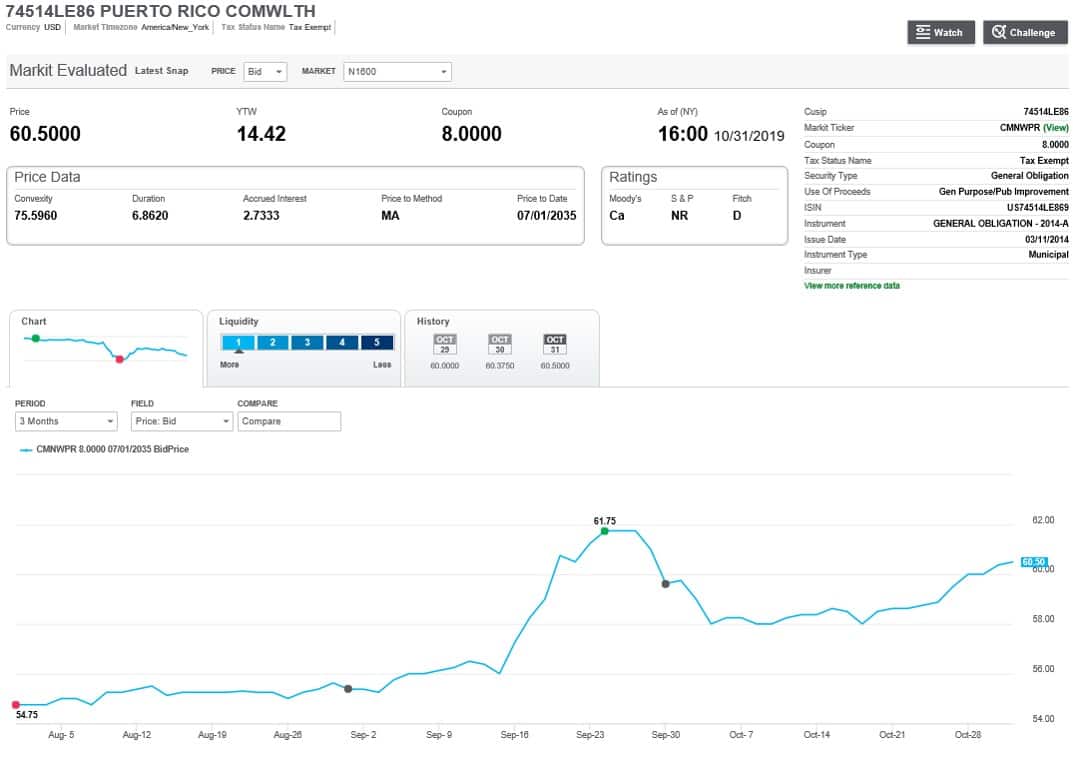 Puerto Rico 8% GO bonds due in 2035 had a volatile October. Bonds moved from close to 62.5 cents to a dollar in the last week of September to a low of 58 cents in the second week of October 2019 and back to over 60 cents at the end of October 2019. Source: Price Viewer 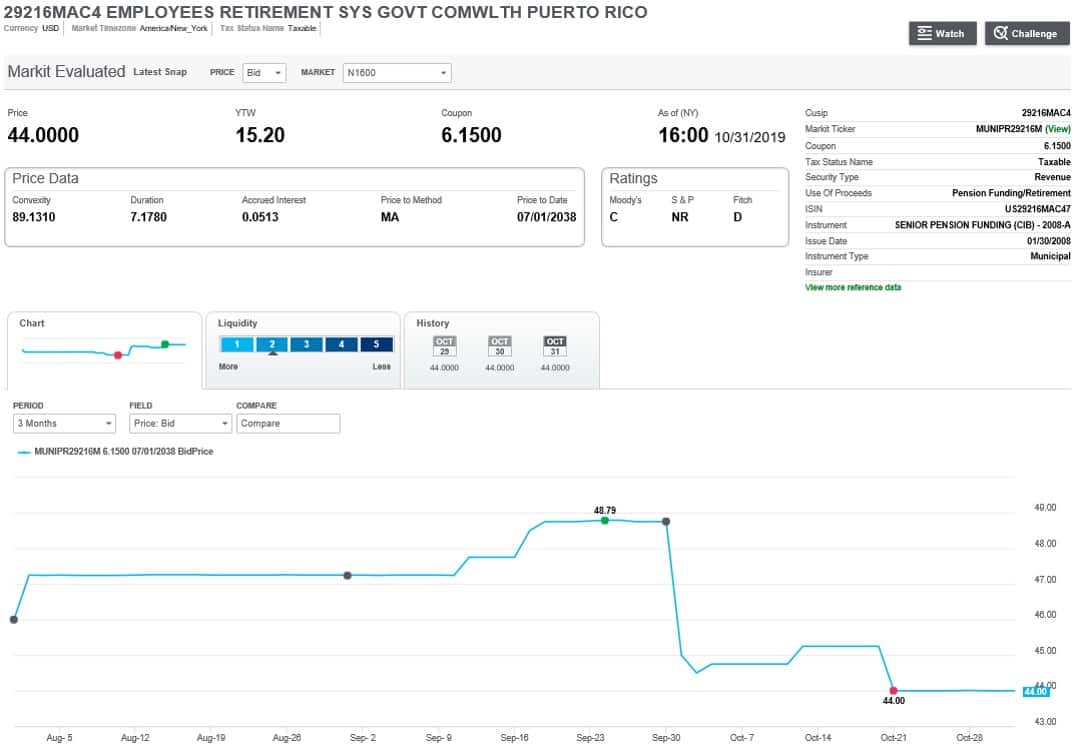 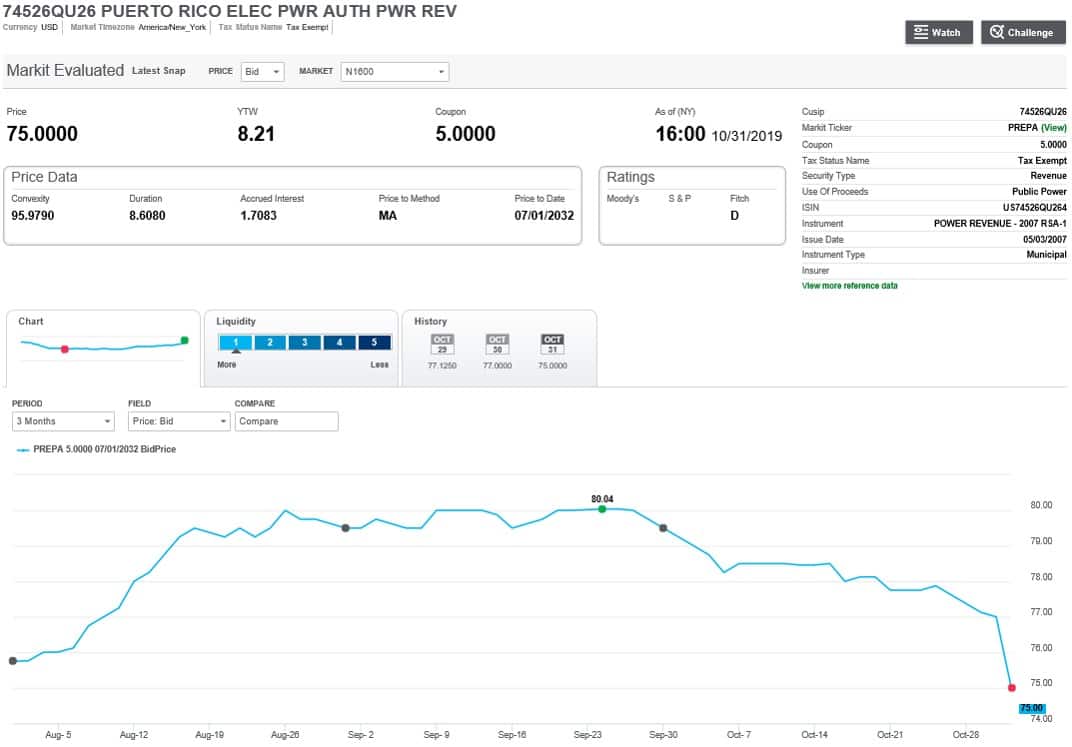 PREPA 5% revenue bonds had a volatile October. Bonds moved from close to 80 cents to a dollar in the last week of September to 75 cents on the last day of October 2019 as news on its restructuring possibly being impacted came out. Our global team of Index experts are coming together on Thursday for a review of recent performance and volumes acr… https://t.co/OB9yILL5Ld

Join our upcoming Fireside Chat: Navigating an IR program through the market volatility and uncertainty on April 16… https://t.co/wNrdayGuyi

With high hopes of giving the economy a boost after the signing of a $2.0T stimulus package, the new issuance marke… https://t.co/DTvAyuD4RR