This release was originally scheduled for December 29, 2019 but was delayed as a result of the recent lapse in federal funding.

Monthly GDP rose 0.1% in November following a 0.4% increase in October that was revised up by 0.1 percentage point. In November, positive contributions from domestic final sales (largely PCE) and net exports (mainly a decline in imports) were nearly offset by a large, negative contribution from inventory investment. Monthly GDP in November was 1.8% above the third-quarter average at an annual rate. Implicit in our estimate of 2.2% GDP growth in the fourth quarter is a 0.4% (not annualized) increase of monthly GDP in December. 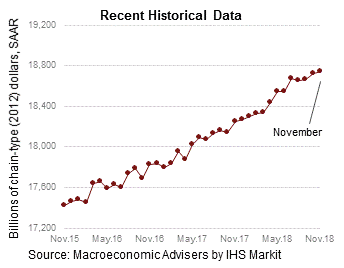 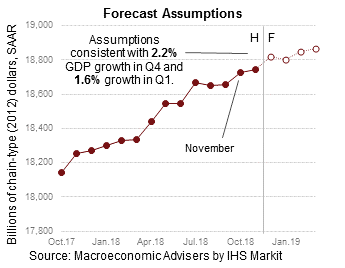