Monthly GDP rose 0.3% in October following a 0.1% increase in September that was revised lower by 0.2 percentage point. The increase in October was accounted for by domestic final sales and inventory investment, with the former driven by a healthy gain in personal consumption expenditures. Net exports were little changed in October. The level of GDP in October was 1.5% above the third-quarter average at an annual rate. Implicit in our forecast of 2.5% GDP growth in the fourth quarter are increases in GDP over November and December that average 0.3% per month (not annualized). 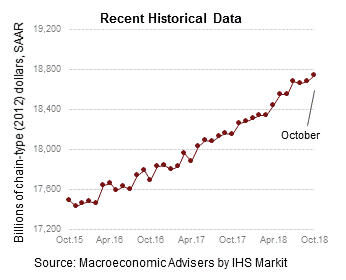 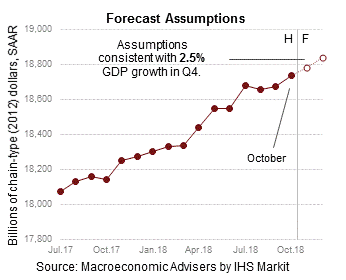