Monthly GDP Index from Macroeconomic Advisers by IHS Markit for May 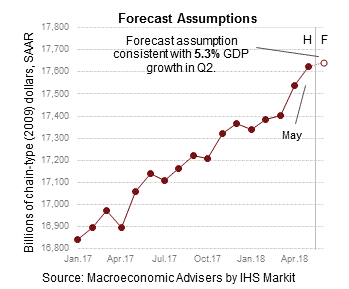 Low mortgage interest rates fuel homebuilding in the Mountain West and South; the labor market continues its slow a… https://t.co/1pEhb0NBpS

This week’s highlight is the Ant Group IPO in Shanghai and Hong Kong, priced to raise a record USD34.4 billion.… https://t.co/qjwVeIsk8l

RT @bencasselman: Of course, we probably will get some monthly spending growth. But perhaps not much. @EconomicsRisk is forecasting 1.3% gr…

A new constitution for Chile is likely to increase the role of the state in the economy, particularly in the provis… https://t.co/GqbsKSxpWd