This release was originally scheduled for January 29, 2019 but was delayed as a result of the recent lapse in federal funding.

Monthly GDP rose 0.2% in December following an unrevised 0.1% increase in November. The December increase was more than accounted for by a jump in the pace of nonfarm inventory-building; monthly final sales declined in December, reflecting a sharp widening of the trade deficit. The level of GDP in December was 0.8% above the fourth-quarter average at an annual rate. Implicit in our latest tracking forecast of 1.2% GDP growth in the first quarter is a decline in monthly GDP in January followed by moderate growth over February and March. 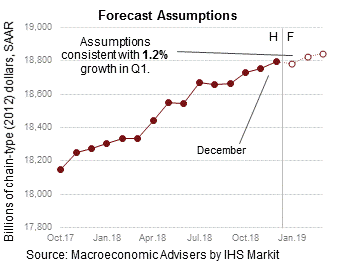 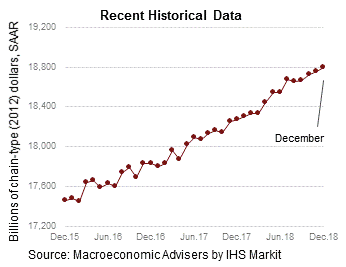