Monthly GDP rose 0.1% in March following a 0.7% decline in February that was revised lower from a previously reported 0.5% decline. The increase in March reflected a robust increase in domestic final sales (mainly consumer spending) that was nearly offset by a decline in nonfarm inventory-building. The recent pattern of monthly GDP lays bare the nature of the strength in first-quarter GDP: there was a one-off surge in production in January. The level of GDP in March was 0.8% below the first-quarter average at an annual rate. Implicit in our forecast of 2.1% GDP growth in the second quarter are increases that average 0.3% per month from April through June. 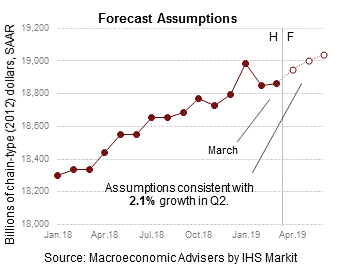 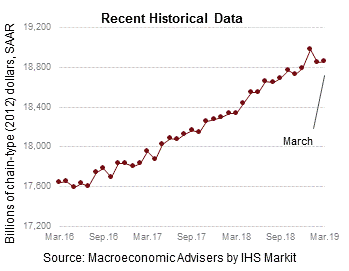