Monthly GDP rose 0.3% in June following a 0.1% decrease in May that was revised lower by 0.3 percentage point. The increase in June was fully accounted for by domestic final sales, with about half of the increase in personal consumption expenditures, a quarter of the increase in nonresidential fixed investment, and the balance mainly in the portion of monthly GDP not covered by the monthly source data. The level of GDP in June was 0.7% above the second-quarter average at an annual rate. Implicit in our latest forecast of 2.4% GDP growth in the third quarter are increases in monthly GDP during the third quarter averaging 0.2% per month. 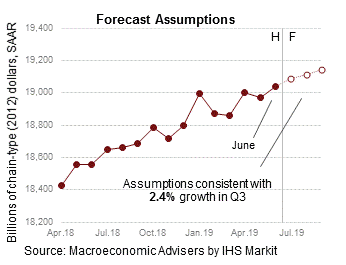 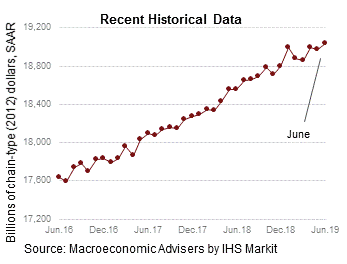