Mexico's opening continues to advance with Bid Round 1 for foreign investment, but low oil and gas prices present challenges and potential delays.

Mexico's Energy Reform continues to move forward but the recent deflation of the price of oil has resulted in new bid conditions and timing for bids. The Mexican government wants to demonstrate tangible results from the opening of the upstream sector ahead of the 2015 legislative elections within the context of plunging oil prices, the President's falling approval rating, and a general public still skeptical of the overall energy reform.

The Secretaría de Energía de México (SENER) as overseer and Comisión Nacional de Hidrocarburos (CNH) who will manage the bidding process want to strictly manage the outcome of the shallow-water auction by outlining specific prequalification guidelines for companies and restrictions on bidding. A decision has been made to divide Bid Round 1 into five phases: 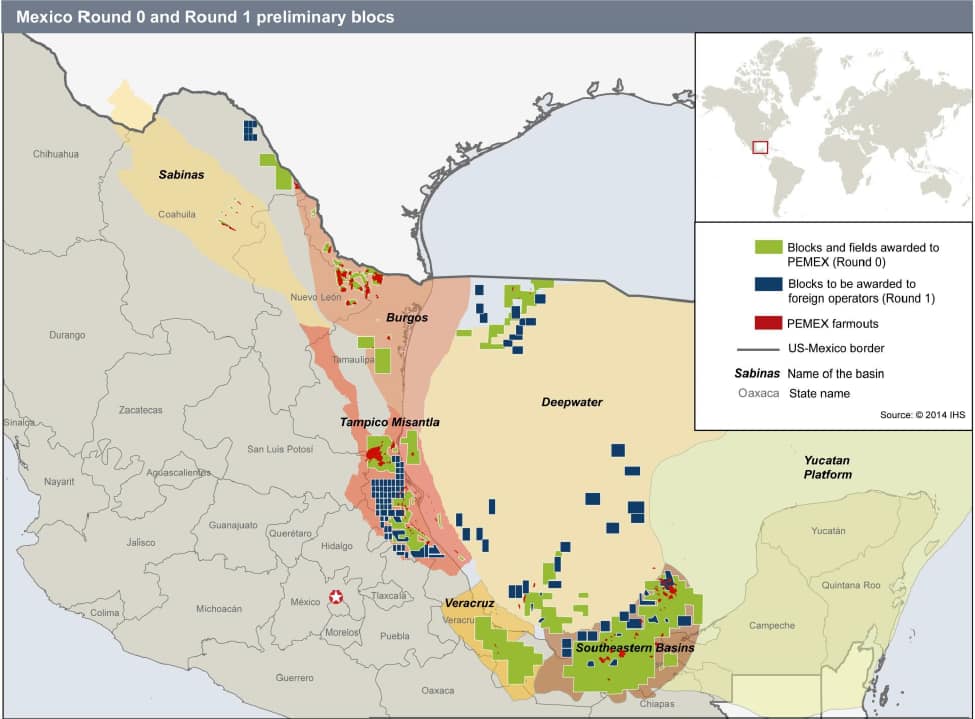 Figure 1: Mexico Round 0 and Round 1 Preliminary Blocks

On 11 December 2014, Mexico commenced the first phase of its Round 1 with the call for bids for 14 shallow-water exploration blocks in the Sureste Basin. The Exploratory Southeast Offshore Area, including shallow water blocks, will include the first blocks awarded. Over the coming months, parts of the initial shallow-water fiscal terms are likely to be adjusted in line with industry feedback and the desire to maximize interest in the shallow-water tender. 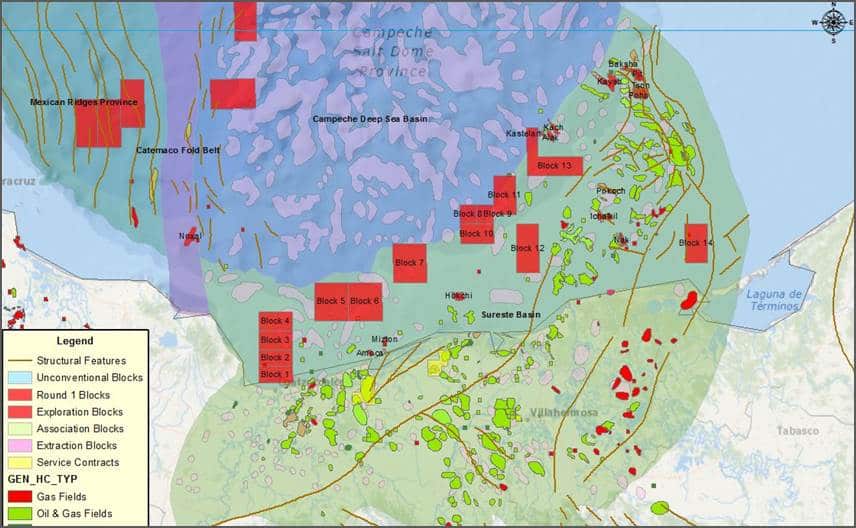 According to CNH, the 14 exploration blocks include extra-heavy oil, heavy oil, light oil, and gas prospects (or discoveries).. The blocks range in area from a minimum of 116 square kilometers to a maximum of 501 square kilometers. The blocks range in prospective resources (P50) from a low of 30 MMboe (Block 5) to a high of 121 MMboe (Block 11). The timeframe for companies to request access to data rooms for these assets is from December 11, 2015 until March 16, 2015. Access to the data rooms for these blocks will last from January 1, 2015 until July 14, 2015. Bidding for the blocks will take place on July 15,, 2015and winners will be announced the same day.

Guidelines also define the two bidding variables for participants that will comprise the basis of the economic proposal: the state's share of profit oil; and additional investment beyond the minimum investment commitment for each block.

The state's share of profit oil will count for 90% of the weighted value of the economic proposal and the additional investment beyond the minimum investment will count for 10%. The successful bidder will offer the largest weighted value of the economic proposal. The Finance Secretariat (Secretaría de Hacienda y Crédito Público: SHCP) will release the official minimum values for both variables on or before June 15, 2015.

The recent oil price decline has made oil-prone assets offered in Round 1 more challenging to develop from a project economics standpoint. Mexico's efforts to increase gas imports from the United States (gas prices tied to U.S. Henry Hub) will make Round 1 gas-prone assets uneconomic during the outlook period. These developments threaten the competitiveness of Mexico's upstream opening and will likely push Mexican authorities to sweeten terms for investors. IHS expects bidding parameters to be restructured in line with lower oil prices and to ensure local content requirements are easily met. Officials may also consider increasing block sizes for deepwater assets and including additional deepwater assets in Round 1 to enable cluster developments.

Looking ahead, future licensing rounds to be held over the next couple of years are likely to entail assets with larger 2P reserves volumes (primarily in the Sureste onshore and offshore areas) to ensure more aggressive bidding and investment. Due to higher costs and low commodity prices, bid rounds for unconventionals and Chicontepec heavy oil areas could be pushed back many months or even years.

A Bid Round 1 Bright Spot in spite of low prices-

The IHS Energy Latin America Oil & Gas Risk Service team and Ford Tanner, Senior Analyst, created the detailed research and analysis that contributed to the Bid Round 1 conditions and highlights above.