Last week Democrats in the United States Congress introduced bills in the Senate and the House of Representatives calling for the rollout of so called Medicare X. Senators Tim Kaine (Virginia) and Michael Bennet (Colorado) introduced their bill to the Senate on 2 April, a day after a House version of the Medicare X bill was rolled out in the lower chamber of Congress by Democrats Antonio Delgado (New York), John Larson (Connecticut) and Brian Higgins (New York). 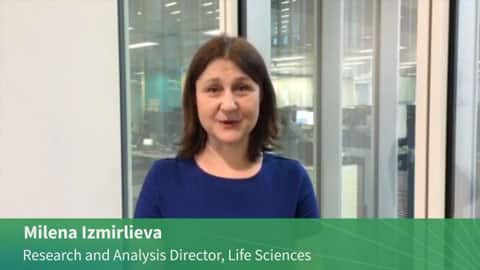 The bill aims to expand access to Medicare (the public program covering adults over 65 and people with disabilities) to people of any age. Under its provisions, individuals currently covered through employer-provided health insurance will be able to access lower-cost health insurance through the Centers for Medicare and Medicaid Services (CMS). Medicare X members will have access to the Medicare network of doctors and the benefits currently covered by Affordable Care Act (ACA, also known as Obamacare) plans like maternity and infant care. Individuals would also benefit from access to expanded tax credits to purchase insurance, while their insurance premiums will be limited to 13% of income. Under Obamacare provisions, only those with income up to 400% of the federal poverty line have been able to benefit from tax credits, but under the Medicare X plans this income limit will be lifted allowing higher-income individuals to access Medicare X plans.

Medicare X as an alternative to Medicare for All

This Medicare X bill is unlikely to get Congressional support in the short term, but it is important as it shows that expanding access to Medicare is seen by Democrats as a key political objective. As such, it is expected to play a central role in the presidential election campaigns of Democrats. There are differences of opinion within the Democratic Party about how far Medicare expansion should go and whether the objective is to eventually replace the current multiple-insurer system with a single-payer public healthcare system. Presidential candidate Bernie Sanders (Independent, Vermont) and the left-leaning wing of the Democratic party through the recent Medicare For All proposals aim to replace private health insurance with a single-payer system. The Medicare X proposals, on the other hand, favor more gradual system reform and seek to position the Medicare X insurance as simply an alternative to private health insurance plans - as another option for individuals to choose from. The Medicare X ideas are not new: in fact, a version of Medicare X was already proposed in 2017. Nor are they unique: another Medicare expansion proposal introduced in the Senate in February this year wants to make people over 50 eligible for Medicare. However, the political dynamics have changed since Medicare X was first proposed, suggesting a warmer reception to the provisions of this bill in the run-up to presidential elections is possible.

First and foremost, Democrats, worried that Sanders' Medicare for All proposals may be seen by voters as being too progressive and Socialist-leaning, may embrace Medicare X plans as a less controversial option. Democrats would be emboldened to defend expansion in access to health insurance plans similar to ACA exchange plans considering that recent public opinion surveys show support for Obamacare has strengthened: a Fox News poll of likely voters in October 2018 found 54% of people supported Obamacare. Additionally, it is likely that availability of low-cost insurance as an alternative to employer-provided insurance would be popular with voters. The recent rise in high-deductible health plans (HDHPs) means some employer insurance amounts to little more than catastrophic cover, as the high deductible discourages reliance on the health insurance for treatment of minor illnesses. In 2018, 29% of covered workers were enrolled in an HDHP, compared with 20% in 2013, according to Henry Kaiser Family Foundation data. The average annual deductible for covered workers in the US increased by 53% in the five years to 2018, with 42% of workers in small firms and 20% in large firms facing a deductible of at least USD2,000 for single coverage in 2018.

Medicare expansion will be at the center of electoral battle

Whether Medicare for All plans or softer approaches such as Medicare X become the unifying objective for Democrats in the election campaign will depend on which Democratic candidate wins the party nomination. However, regardless of who wins the nomination, it is certain that some form of Medicare expansion will be on the Democrats' wish list.

What would Medicare expansion mean for the pharma industry? On face value, it should be much harder for pharma to secure high prices for medicines if negotiating with a single payer in the future. However, it is far from certain the US will end up with a single-health insurer model, let alone a single-payer model. In my view, the current efforts to expand Medicare indicate a political will to improve efficiency in health insurance and healthcare provision. The US healthcare system is overwhelmingly publicly-funded, yet ironically the public sector is banned from engaging in direct price negotiation with healthcare providers and pharmaceutical suppliers. The public sector is forced to rely on third parties to negotiate on its behalf. The presence of multiple private insurers and convoluted ways of negotiating the price of healthcare services and medicines has resulted in a very expensive and inefficient healthcare system. Any effort to target the root causes of inefficiency in the system, reduce administrative costs in the private health insurance sector and undermine the profit-taking activities of middlemen would, in my view, be positive for the pharmaceutical industry. Savings achieved by efficiency-boosting efforts should help improve healthcare outcomes for Americans while also allowing investment in new cost-effective treatments.