GlaxoSmithKline's (GSK) Benlysta (belimumab) is the first therapy to be approved for the treatment of lupus in over 50 years. Yet, despite Benlysta's first-in-class status and the high unmet medical need associated with lupus, GSK is struggling to convince some of the top-5 European markets that its medicine is worth funding. So why is this and what can be learnt from GSK's difficulty in securing positive verdicts on its medicine? 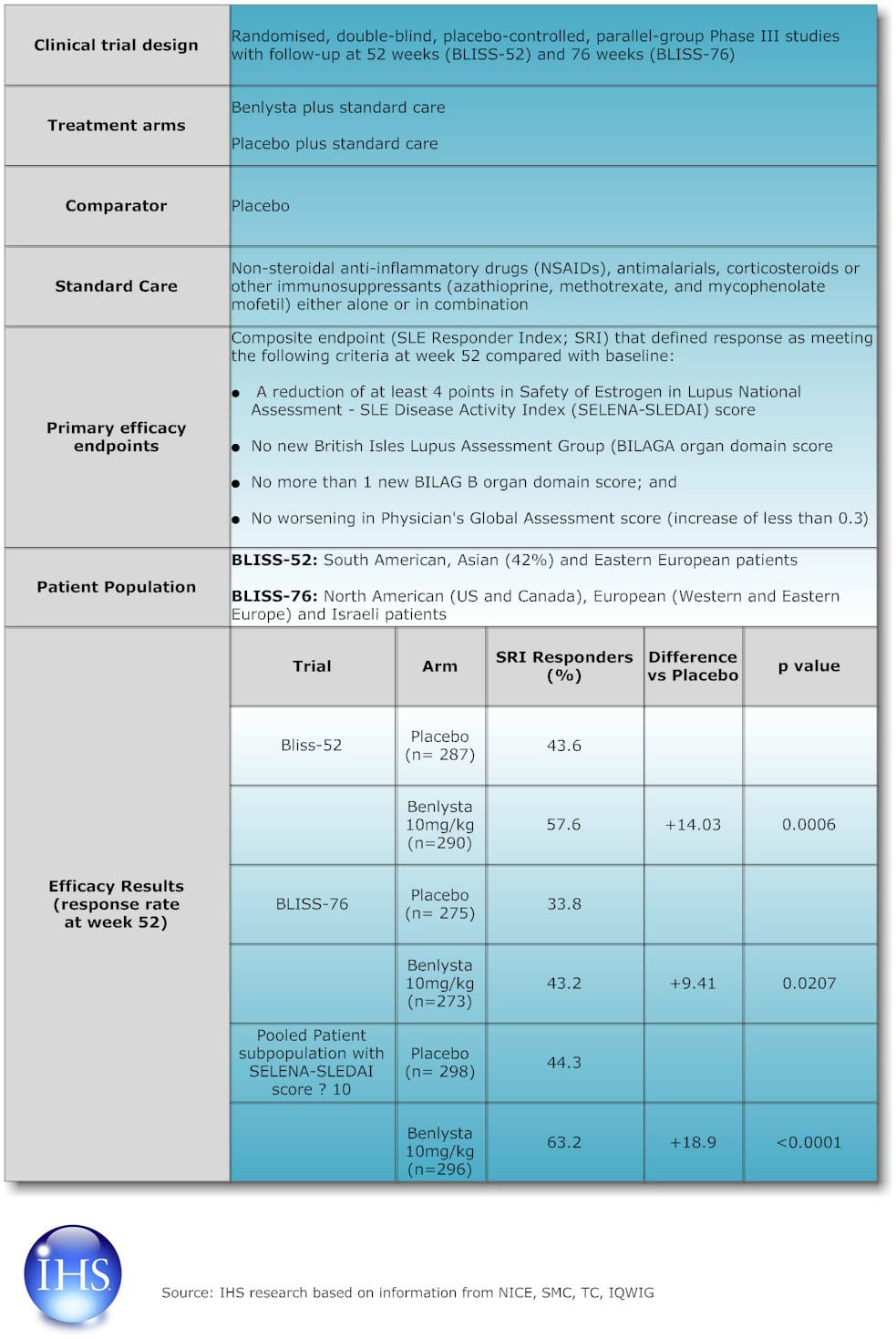 Table showing the Benlysta data submitted by GSK to national payers for pricing or reimbursement purposes.

France: The TC granted Benlysta an improvement in actual benefit (ASMR) rating of IV (minor improvement in terms of efficacy and/or reduced side effects) based on "modest" efficacy, uncertainties over long-term safety and over the generalisability of the clinical trial results to French routine clinical practice, as well as on a lack of data in patients with severe renal and neurologic forms of the condition.

While SLE is a rare disease and patients have limited treatment options, European payers have demonstrated they are unwilling to pay for a medicine that does not fit their idea of therapeutic value. In England, Wales and Scotland, this translates into a negative reimbursement recommendation, while in France and Germany this will probably translate into a price concession from GSK.

Based on research that we recently conducted on relative effectiveness assessment, we've identified five areas that are critical in order to meet the needs of payers: While it seems too late in the game to review Benlysta's late phase clinical trials, GSK has a number of options it can explore to address payers' uncertainties over its medicine and improve its market access outcomes. Indeed, our primary research with national payers demonstrates that they are willing to consider a number of options to plug the information gap in pricing and reimbursement dossiers.

Learn More in our New Study Our new study The New REAlity of Relative Effectiveness Assessment: International Comparison of Evolving Requirements is available now and you can download a free extract here.