The average number of piracy incidents recorded off the Malay Peninsula has risen from fewer than one per month in April 2019 to more than three in April 2020. The actual number is likely to be higher, as many incidents are not reported by ships' crews to avoid delays caused by investigations, and perceived reputational impact.

The coronavirus disease 2019 (COVID-19) virus pandemic is likely to trigger a further increase in piracy in the Singapore Strait and off the Malay Peninsula over the coming months. The Indonesian islands of Batam and Karimun, where the majority of piracy attacks in the Singapore Strait are believed to originate, have experienced an economic decline in recent years, particularly affecting the local shipbuilding industry. The pandemic is likely to see a further sharp decline in manufacturing because of lower global demand, as well as from tourism as a result of travel restrictions. Unemployment and sudden loss of income are likely to drive a greater number of individuals towards piracy. The growing number of incidents over the past year is probably also partly due to reduced law enforcement resources in the strait because of the redeployment of Indonesian naval and coastguard vessels to the Natuna islands region in the South China Sea, where Indonesia is engaged in a territorial dispute with China that is unlikely to be resolved in the 12-month outlook. 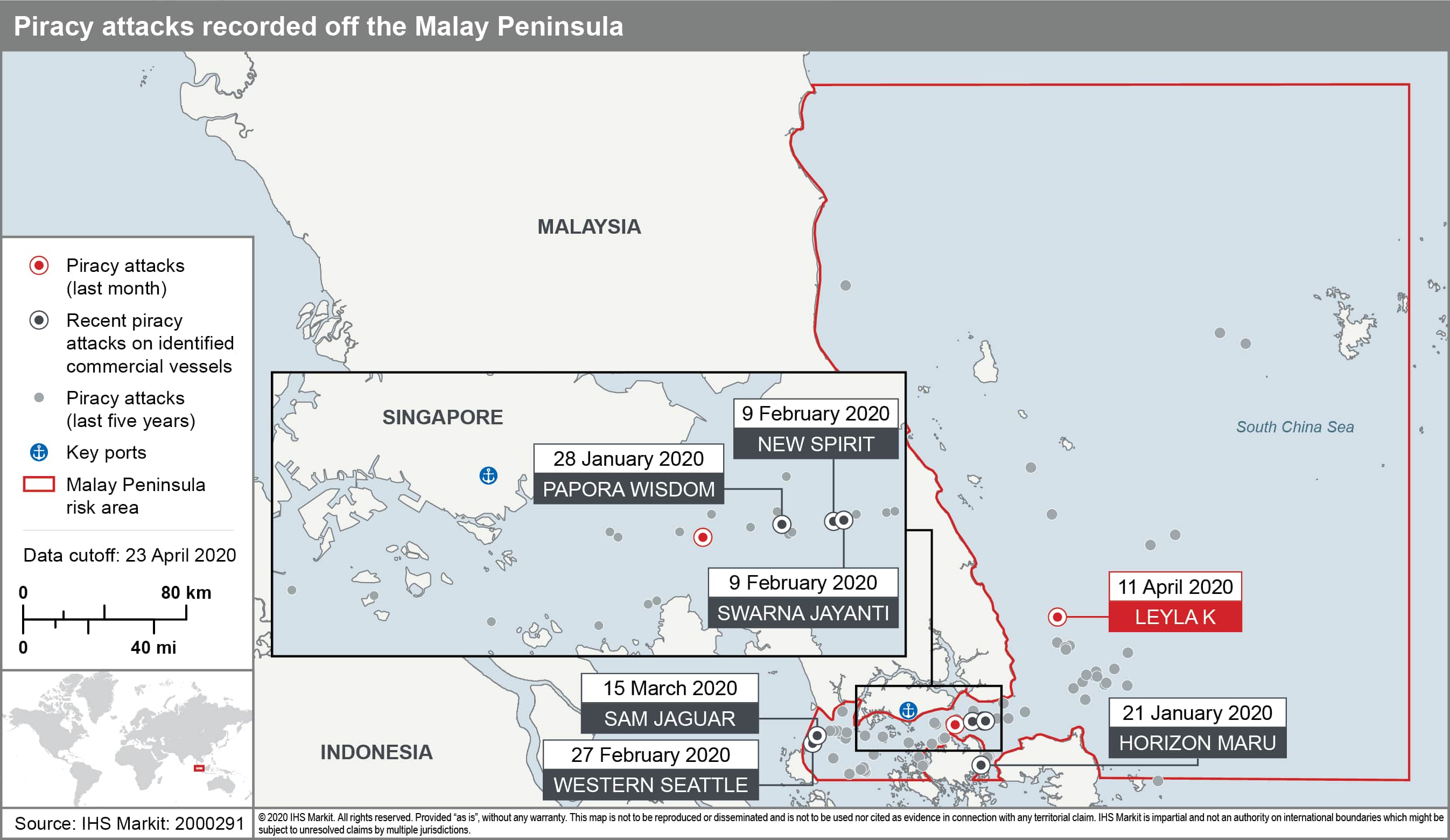 Piracy in the Singapore Strait will probably remain limited to low-level petty theft, and incidents of kidnap for ransom or hijacking of vessels for cargo theft are unlikely. Piracy incidents in the Singapore Strait normally involve small numbers of perpetrators in high-speed fishing boats who approach vessels sitting low in the water, during the night, armed with crowbars and knives. All incidents reported in the past two years involved petty theft of valuables from the crew or spare parts from the engine room, or theft of scrap metal from open barges. Pirates operating off the Malay Peninsula very rarely carry firearms and often abort attacks once the crew is alerted to their presence. However, growing reports of firearms being used in robberies would indicate the increasing capability and risk appetite of pirates, raising the likelihood of vessel hijack for the purpose of cargo theft or an incident of kidnap for ransom.