Lost in translation: Inconsistencies continue to limit the usefulness of oil and gas GHG estimation and reporting

There is growing pressure on the oil and gas sector—from extraction to end use—to articulate plans to be resilient through the energy transition. Greenhouse gas (GHG) emission intensity has emerged as a key metric of interest for investors, regulators, and other stakeholders. This pressure is only set to increase with the wave of net-zero emissions targets unveiled since 2019.

Although absolute emissions reductions are ultimately what is required, the reality that oil and gas will remain a critical part of the energy mix for decades is the driving force behind understanding the relative emissions between various sources of supply. An intensity metric has the advantage of normalizing for both scale and efficiency.

For their part, oil and gas companies are moving more aggressively to decarbonize their assets, adjusting their own portfolios and diversifying into alternative forms of energy. There is no one response, with different companies finding ways to manage emissions today while planning for lower levels of emissions tomorrow. At the same time, the level of oil and gas GHG emissions intensity disclosure is increasing and widening out to encompass a broader set of emissions.

Today, reported corporate oil and gas emissions intensity most commonly includes both Scope 1 (direct emissions, such as on-site fuels combusted) and Scope 2 (which include indirect emissions, such as power bought from a grid) (see Figure 1). There are, however, still considerable differences between the values being reported. These differences may seem subtle, but they limit the utility of values as a basis for comparison across the sector. 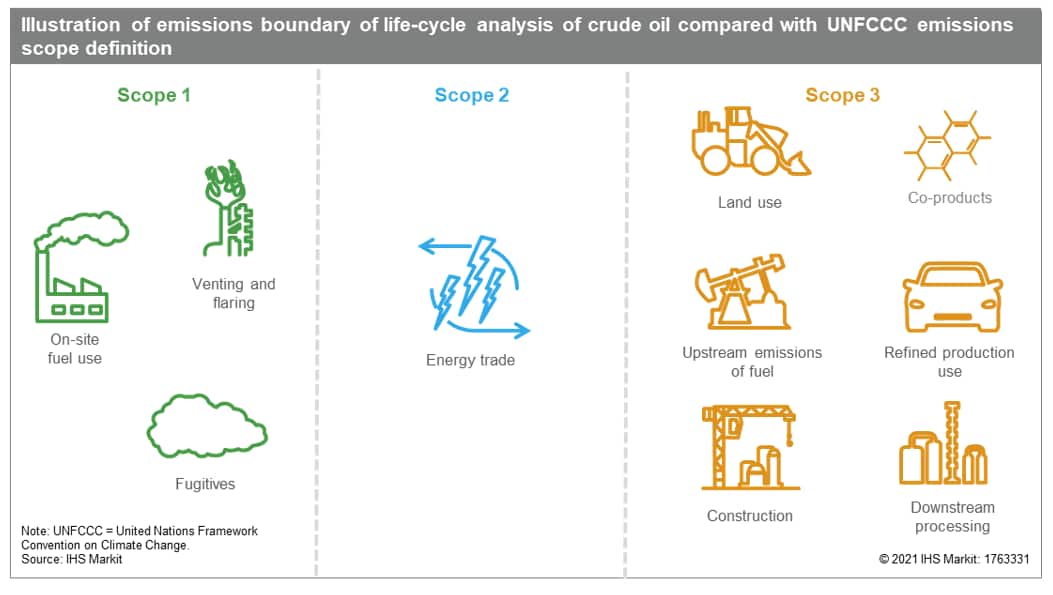 Table 1 provides a comparison of company-reported GHG emissions intensities of the largest oil and gas companies globally. Although ad hoc, this survey demonstrates that differences remain in what is being reported. As shown in Table 1 we see different units of measurement, which are not all readily convertible. Some reported emissions shown include Scope 1 emissions, while others include Scope 1 and 2. These represent different emissions and thus are not comparable. There are also different choices in the organizational boundary being deployed, with some reporting emissions based on their share of operations and others reporting on assets they operate. Still, others include different operations or report emissions from different operations separately, further complicating comparisons.

Individually there is nothing necessarily wrong with what is being provided. Collectively, however, the intensities are incomparable—apples to oranges. This situation makes it impossible to develop a comprehensive or relative understanding of the GHG emissions intensity of the oil and gas industry. Unfortunately, this understanding is exactly what stakeholders are seeking.

Meanwhile, companies are also being asked to expand the level of emissions disclosure to cover an even broader set of emissions: Scope 3 emissions. These are emissions that occur over the full value chain (indirect emissions from operations as well as the use of products). Over the past few years, the number of oil and gas companies providing guidance on their Scope 3 emissions has increased, but they remain the minority. This trend is notable, not only in terms of greater company transparency and climate engagement, but also in that the inclusion of Scope 3 emissions has the potential to lead to even more sources of inconsistencies.

Despite these challenges, greater disclosure led to greater emissions tracking and reporting—improving the overall transparency of corporate performance and setting the stage for future decarbonization opportunities by the companies. Still, the lack of reporting consistency limits the usefulness of these data and, in some instances, there can be confusion about the relative intensities that can lead to distortionary policies as well as emission performance over time.

In the quest for greater comparability, more third parties—such as consultancies, academia, and governments—are making their own estimates of emissions. Typically, these estimates are focused on emission of an asset or an archetypical or representative asset—plays/fields/geographies and not as much companies (yet). These results, however, can still be a source of confusion as different firms take different approaches to emission estimation. There is also an important question of quality or reliability of these estimates. Third-party estimators will likely have access to lower-quality data than asset operators. The availability of public data required to make these estimates also varies around the world. Although these estimates may appear consistent, they may not be as reliable as corporate reporting. The complexity of GHG emissions estimation masks many of these challenges and limitations. For example, there are instances of estimates being made of only carbon dioxide (CO2) emissions when methane (CH4) is also a critical source of emissions.1

As it stands now, the lack of consistency from corporate disclosure and the quality and transparency from third-party providers leave a large gap in the ability to know what is "good" or "bad" when it comes to oil and gas emissions. This argument has long been made by the Canadian oil sands companies. IHS Markit research, as well as that of others, has consistently found that the emissions intensity of the Canadian oil sands exists within a range of other crudes globally, but the entire sector—even the top performers—have found themselves the target of divestment. More recently, US shale has begun to face similar challenges, with the French government intervention in the $7 billion ENGIE LNG deal with NextDecade, citing concerns about the GHG intensity of upstream supply.2

As the pace of energy transition quickens, governments, business, and investors will require better information to make decisions. The lack of a consistent estimating and/or reporting framework today has the potential to contribute to poor policy outcomes and impair emission reductions. There are efforts advancing to resolve this issue, including at IHS Markit while regulators are increasingly concerned and may become involved.3 While regulation could provide greater uniformity, there is also risk of the issue becoming regionalized. In a scenario of competing standards, there is no guarantee that what is best will win and there are material risks, such as higher compliance cost, protectionism, discrimination, and reduced impact on emissions. Cost, margin, and profitability will always be king—companies need to make money, but climate change impacts are taking an ever-more increasing role in investment decisions, and a shared understanding for measuring emissions performance is urgently required.

Ask our experts a question about GHG emissions or book 1-1 time.