It has been an up-and-down year for equity short sellers; seeing further inconsistent returns coinciding with increased volatility in Q4. In the US and Asia equity markets, October delivered 2018's largest monthly returns for the IHS Markit Short Interest factor, which ranks stocks by borrowed shares as a percentage of shares outstanding. While the October returns for the short interest factor were particularly strong, they did coincide with sharply negative returns for momentum factors. Using 12-month momentum with a one-month lag, both developed and emerging markets saw the worst returns of 2018 in October. 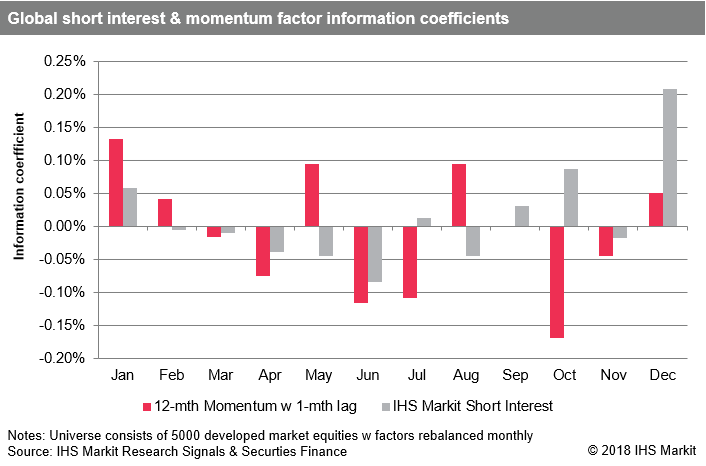 The good times for short sellers in October didn't last too long. Rather, the most shorted stocks outperformed the least shorted in November, most notably in Asia. Emerging Markets shorts were punished last month, which ended a 5-month run of positive returns. Momentum factor returns improved in November but were still negative globally.

This brings us to December, during which both momentum and short interest delivered alpha in the front half of the month which, if it holds, will be the first such month since January. The results have been remarkably consistent across regions, from EM to DM, and large-cap to small-cap: The stocks which have high short interest have underperformed stocks with less short interest, and the stocks whose share prices have appreciated the most have continued to outperform low momentum stocks. After a challenging year, positive returns to momentum and short interest factors should buoy long-short equity portfolio returns in December. 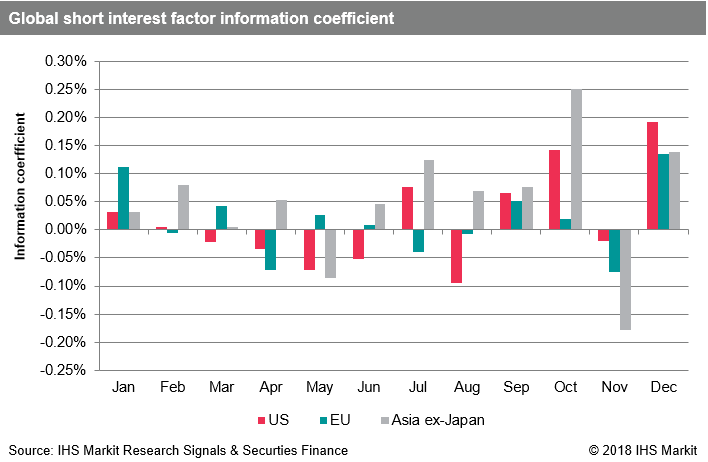 US equities have certainly presented opportunities for short sellers in 2018, however much of that opportunity has come in the last four months of the year. The most shorted US equities, rebalanced monthly, outperformed the least shorted stocks by 10% over the first 8 months of 2018. June was particularly challenging, with momentum and short interest both delivering negative returns. September was the best month of the year for US equity shorts thus far, with November seeing slightly negative returns ahead of the positive MTD returns in December.

The improvement in short interest factor returns has coincided with a marginal increase in "specials". US equity borrow transactions with fees greater than 500bps have trended up from the YTD low in September, currently $6.1bn. It's worth noting that increasing Fed policy rates have the impact of improving rebates on cash proceeds from short sales, which serves as a tailwind to short seller returns. To illustrate: The average hedge fund borrow fee for the most shorted US equity group is currently 240bps, however, after factoring in returns on the cash proceeds from short sales, the actual cost to short sellers is less than 100bps.

Given the returns generated by EM shorts in 2018, it's worth noting that the EM has outperformed in comparison with the US, EU and World ex-US indices since the start of September. The recent outperformance only serves to offset the underperformance of EM equities in February through August, however seeing some stability in EM amid the global market correction does not suggest a risk-off capitulation. The current EM equity short position is estimated at $91bn between local shares and ADRs, with short sellers maintaining positions since hitting a post-crisis peak of $110bn in early June. The declining short balance in August was primarily driven by a reduction in Alibaba shorts, though it remains the largest nominal short position globally at more than $15bn USD. 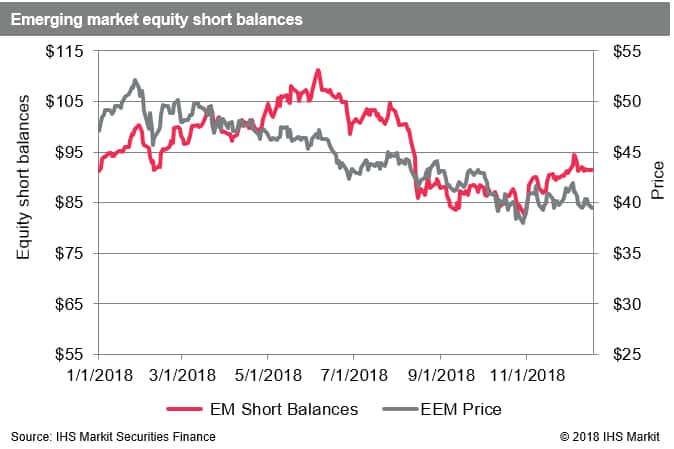 Short positions in EU equities peaked in May and have steadily declined since. That wasn't just the result of declining share prices, the percentage of total EU market cap short also declined during that time. 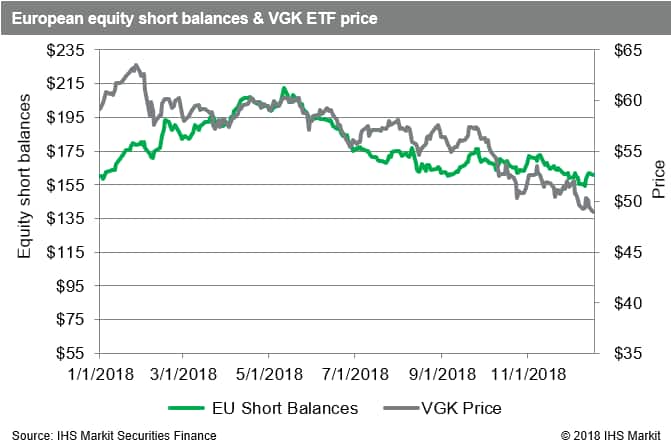 The UK equity market helped to drive that trend, with reduced short positioning in recent months suggesting that Brexit uncertainty has scared off investors on both long and short side, with the FTSE 250 hitting a YTD low on December 10th despite the short covering. EU equities are "catching-down" to EM equity YTD performance, though an increase in demand from short sellers remains to be seen.

With December only half-over the momentum and short interest factor performance could still change course, however the combined impact is certainly most welcome for equity long-short funds. With positive returns to momentum and short interest factors, along with the rebate tailwind, the environment for long-short equity has improved in Q4. Whether next year will be better than the last will be a matter of some debate over the next twelve months.

How will #cloud adoption, #datawarehousing and other factors influence the buy side in the 2020s? @Glenmede’s CTO,… https://t.co/ld4040gGvz

Wondering where to start with #ESG? Watch @IRMagazine's interview with our own Brian Matt backstage at the 2019 ESG… https://t.co/khb8kDJl4W