Over the past couple of years, we have been asked repeatedly by market participants about the new RFRs modellability, showing concerns that the new rates will remain NMRF, well into the FRTB go-live. Now that we have established that SOFR, ESTR and SONIA IRSs all turned modellable across the entire term-structure ( Here), with SARON and TONA lagging only slightly behind, the focus has shifted to questions whether the legacy LIBOR rates will remain modellable for long.

The simple answer is, they are all still quite modellable (for the most part) as the following heatmap as-of Sep-2021 indicates (EUR LIBOR is pretty much inactive for few years now and EURIBOR still has no cessation date, so will not analyse EUR IBOR behaviour further):

However, when looking under the bonnet, an interesting picture is revealed - while these currencies trade regularly, almost on a daily basis and in fairly large volumes (especially the short-mid end of the curve), for GBP, JPY and CHF, the shift in volumes from LIBOR to the relevant RFR is in full swing as the following charts show (2021 monthly volumes): 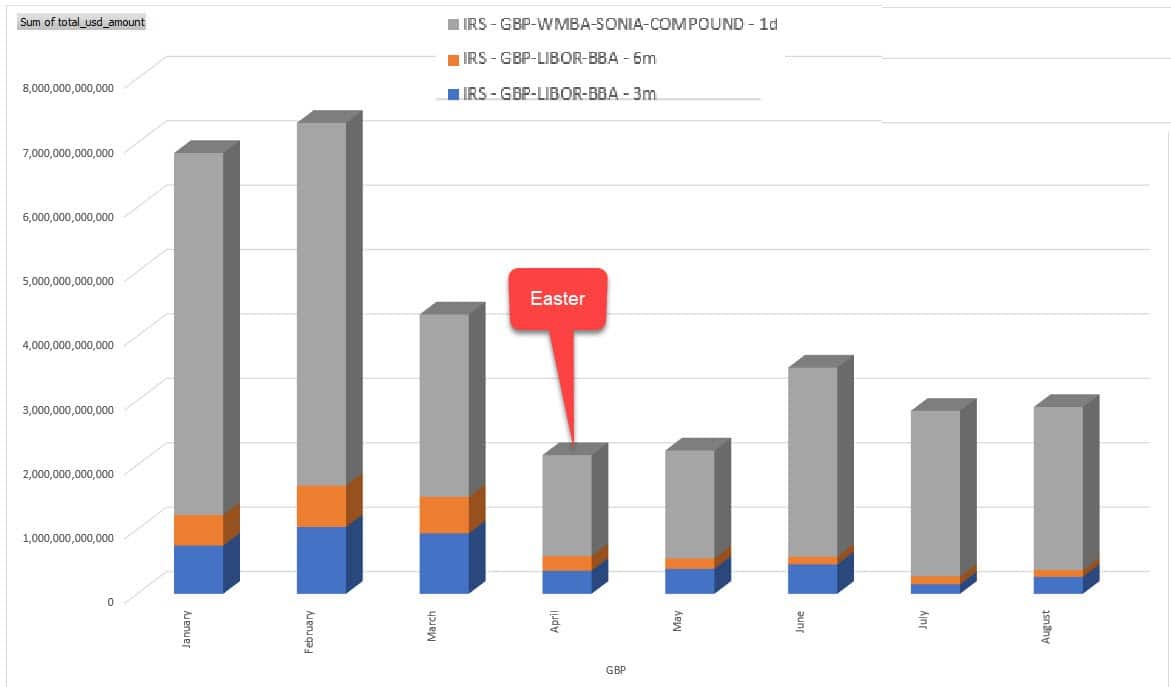 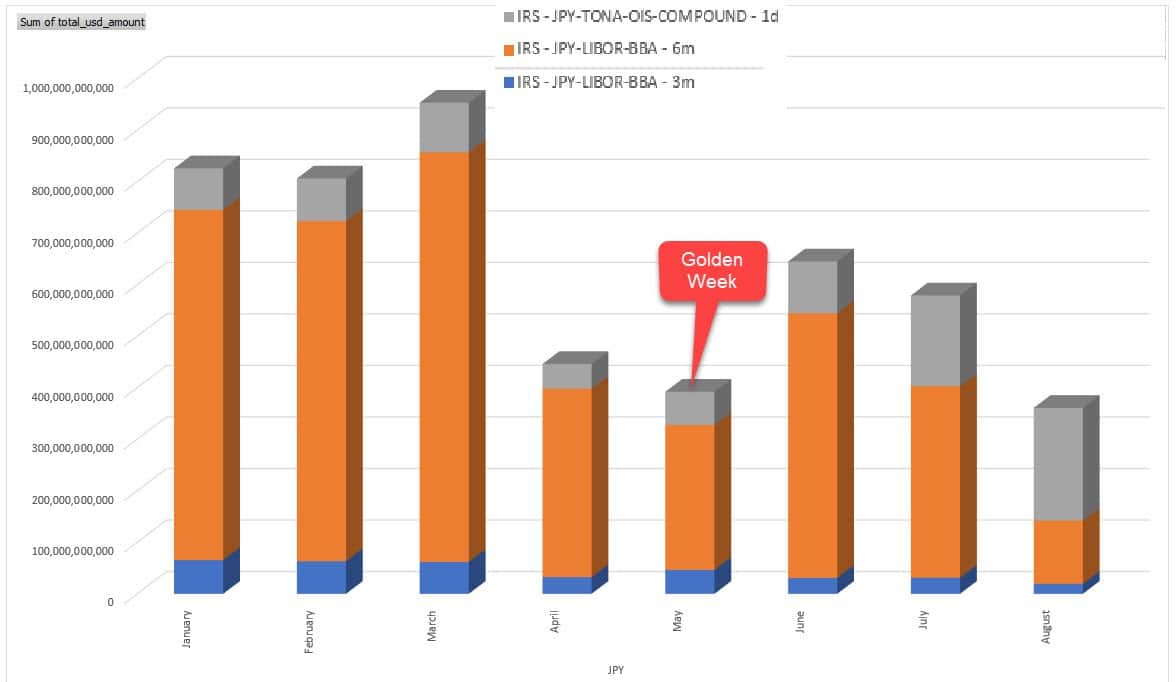 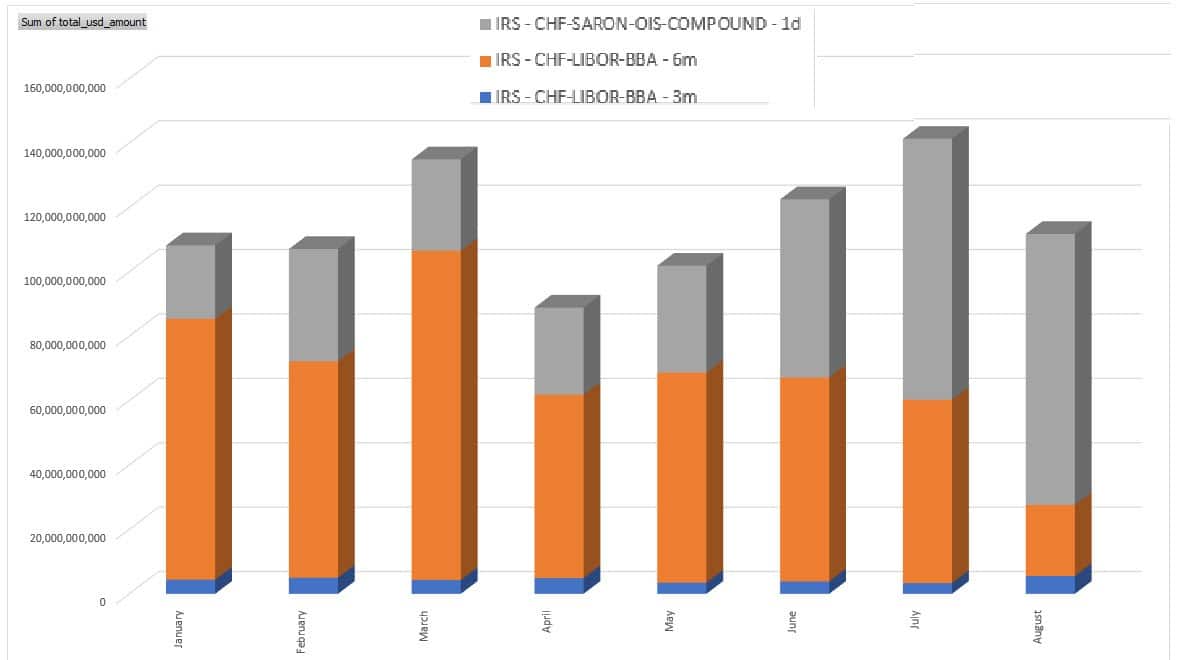 Interestingly, the picture with USD is not that straightforward and while SOFR is picking up volume (from 293Bio of new trades in January 2021 to 861Bio in August 2021) it is nowhere near the LIBOR volumes. 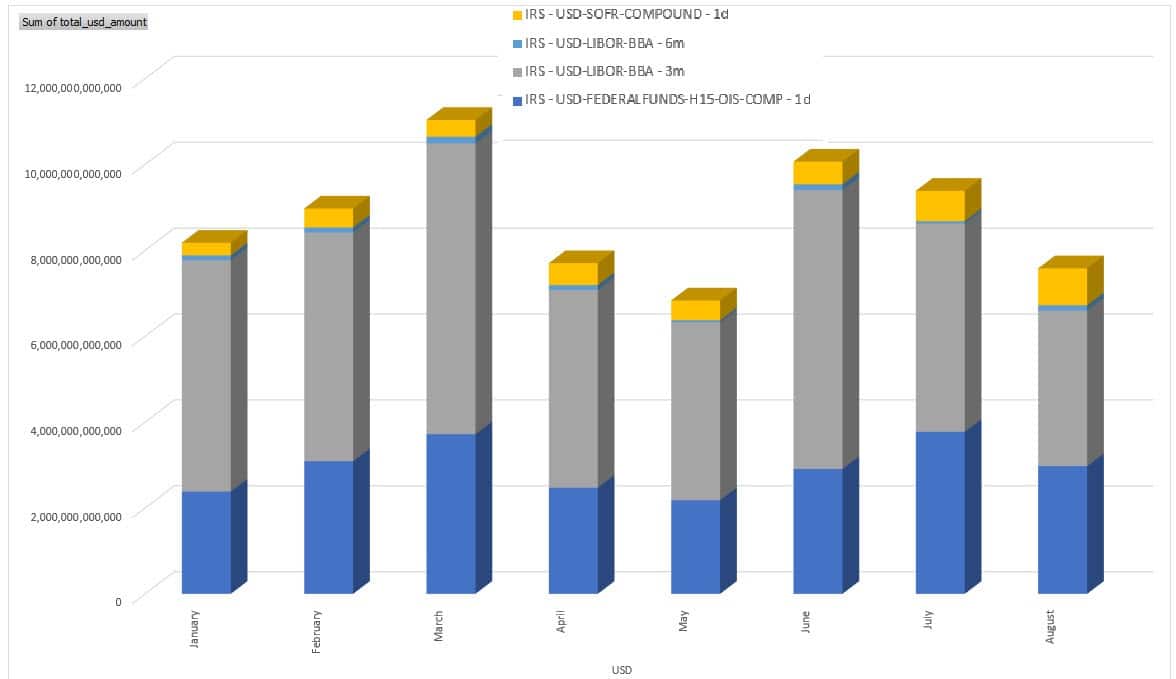 Another way to look at the overall trend of the 4 currencies is the trade count ratio of LIBOR and RFR out of the total trade count. The picture here is quite staggering and as shown very clearly in the charts below, while GBP, JPY and CHF are already transitioning into the new RFRs, the USD has just recently started to pick up. 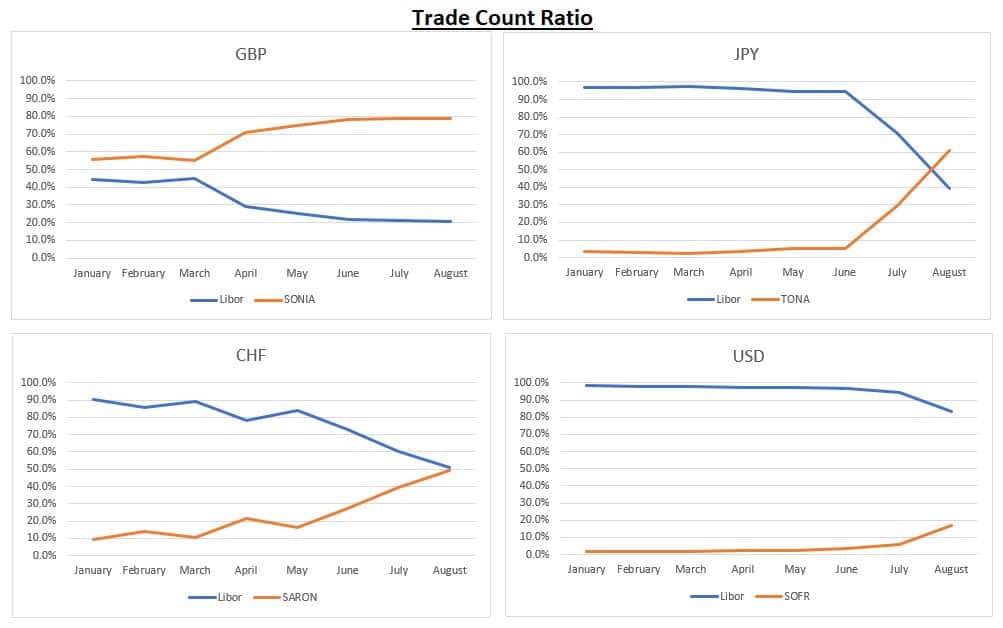 What does it all say about LIBOR activity into 2022 and the consequent modellability?

To some extent, it could depend on the UK FCA decision expected later this year whether to enforce the publication of a synthetic version of the main LIBOR rates for JPY, USD and GBP after cessation, but assuming no change in current trajectory, with GBP, JPY and CHF it looks like we should expect to see modellability starting to drop sometime in 2022 while USD LIBOR will likely continue to be modellable well into 2022 and possibly 2023 given cessation is due only in 30-Jun-2023.

Does it matter? Not really, at least not for the IRS market, given FRTB IMA will probably not go live before 2024 in the respective jurisdictions and by then RFRs will be the dominant rates in IRS trading while it is most likely the legacy LIBOR will be NMRF throughout.

However, is this the case for cross-currency swaps? Non-linear products? The new RFRs are currently only sporadically traded for both Xccy and non-linear and LIBOR rates are still the dominant reference rates. More on that in the next post.