IHS Markit recorded 39 GW of publicly declared wind turbine orders globally in 2018, up 28% from the previous year. In total, orders were placed for three hundred projects to be supplied with over ten thousand turbines by twenty-one turbine manufacturers.

Offshore wind orders boosted Europe to the top spot in 2018. The Asia Pacific region dropped to second place amid a decline in recorded orders from China and India, to some extent counterbalanced by the momentum of the Australian market. Orders from North America more than doubled last year strongly influenced by the scheduled phase-out of the U.S. Production Tax Credit (PTC) and resulting expansion plans of the country's major developers. Together, Latin America and the Africa/Middle East region grew their orders by 69% to 5.5 GW in 2018, as the regions' largest markets Brazil and South Africa recovered after a slump in 2017. 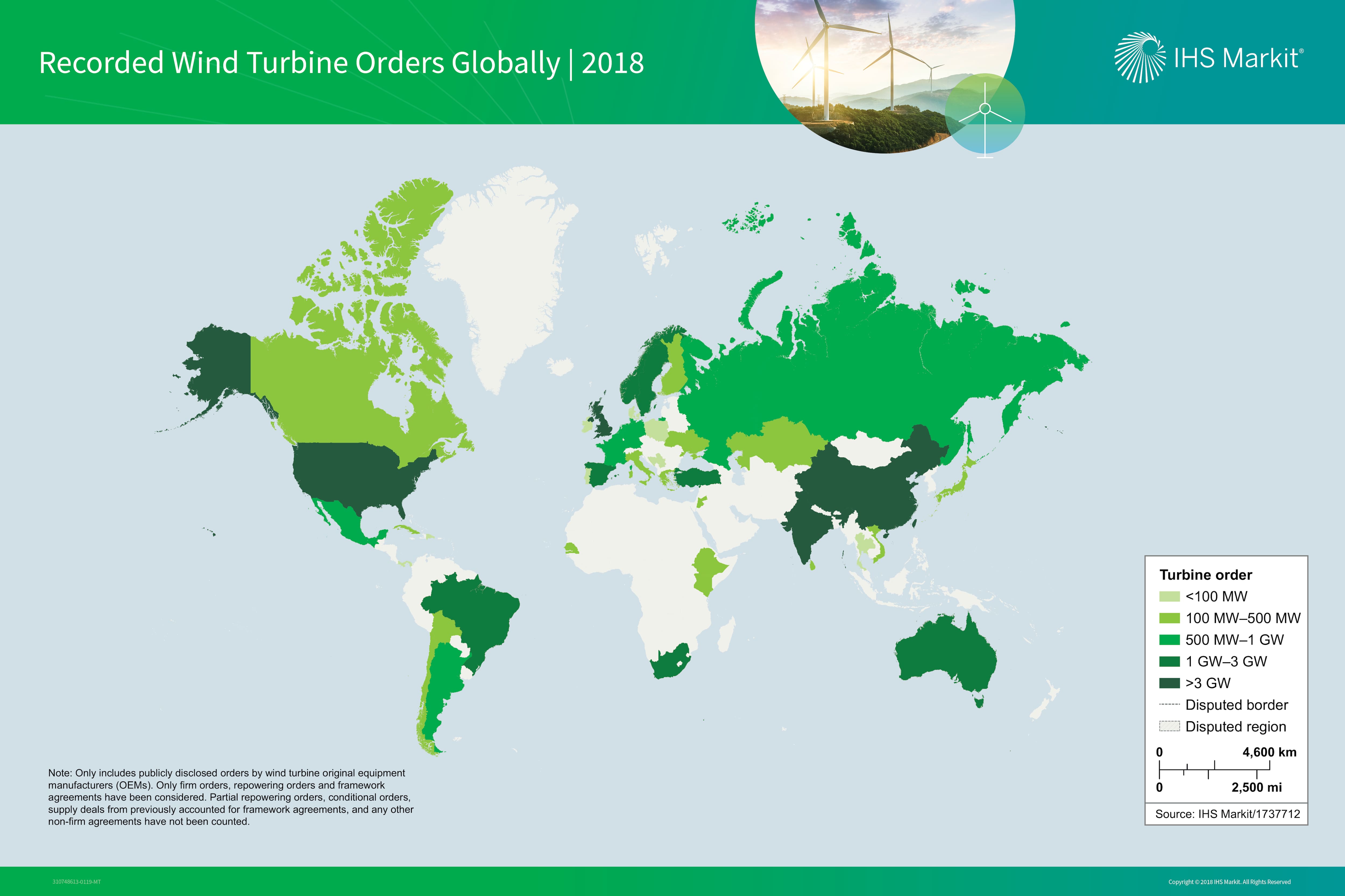 Danish manufacturer Vestas took the leading spot in 2018 with nearly one-fourth of the total ordered capacity closely followed by Siemens Gamesa. GE derived most of its orders from framework agreements signed in the U.S., in contrast with the top two players who catered to a global customer base. Nordex jumped to fourth place growing its orders threefold in 2018 and benefiting from the popularity of its ACCIONA Windpower technology portfolio in Latin America and the Africa/Middle East region. The top five was completed by MHI Vestas Offshore Wind riding high on its success in the U.K. and Netherlands, further complemented by its new technology portfolio.